Is this the worst driver in America? 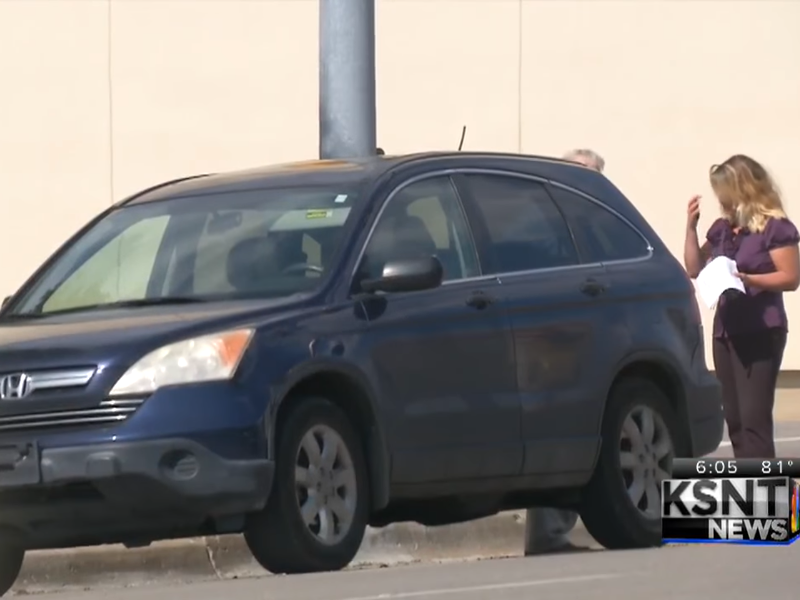 Most people are pretty bad drivers, but chances are none of you reading this right now are so bad that people all across town literally warn each other of your movements throughout the day. Nor do they likely send photos and videos of your antics to the local news station in the hopes of getting your license pulled. Unfortunately, that's the reality for one Patricia McDonald, a Kansas woman whose reign of terror around the state's capital is documented in both the extensive "CRV Lady Awareness of Topeka" Facebook page and a new report by KSNT News.

For weeks, the fine citizens of Topeka have been living in fear as driver after driver crossed paths with McDonald wreaking havoc in her blue third-gen Honda CR-V. Based on the pictures and video below, the aptly-named "CR-V Lady" seems to be a master at stopping short, failing merges, and driving into oncoming traffic. One person even captured a bizarre shot of the woman wearing sunglasses

over a piece of paper covering her face, allegedly while driving, and another found police scanner audio where you can hear local officers reportedly discussing the complaints they've heard about her.

Somewhere along the way, people began posting messages and updates on her whereabouts to various Facebook pages, essentially creating an early warning system to help others avoid the area, and spreading the word to the local media. It's both remarkable and hilarious that there's such extensive public documentation of McDonald's horrendous driving, but apparently it's not surprising. KSNT News looked at her record and found over 20 citations over the years, running the gamut from speeding in a school zone to inattentive driving to DUI. Nobody's perfect, right?

In Kansas, getting six tickets in a year will cost you your license for another year, and McDonald has had five since last October. Now we play the waiting game... but if recent events are any indication, it won't be long. She was in court this week to deal with charges of reckless driving and leaving the scene of an accident (what hasn't she been charged with?), both of which are "major infractions" according to state law. KSNT News points out it only takes three of those in a year to pull someone's license for three years, and last October she received a diversion in a case that could have made it three strikes.

So a new hearing is set for next month to determine whether the court should roll back that previous diversion and take her off the road for a nice long stretch. In the meantime though, if you're driving through the Topeka area, we've got one piece of advice—stay alert, stay alive.