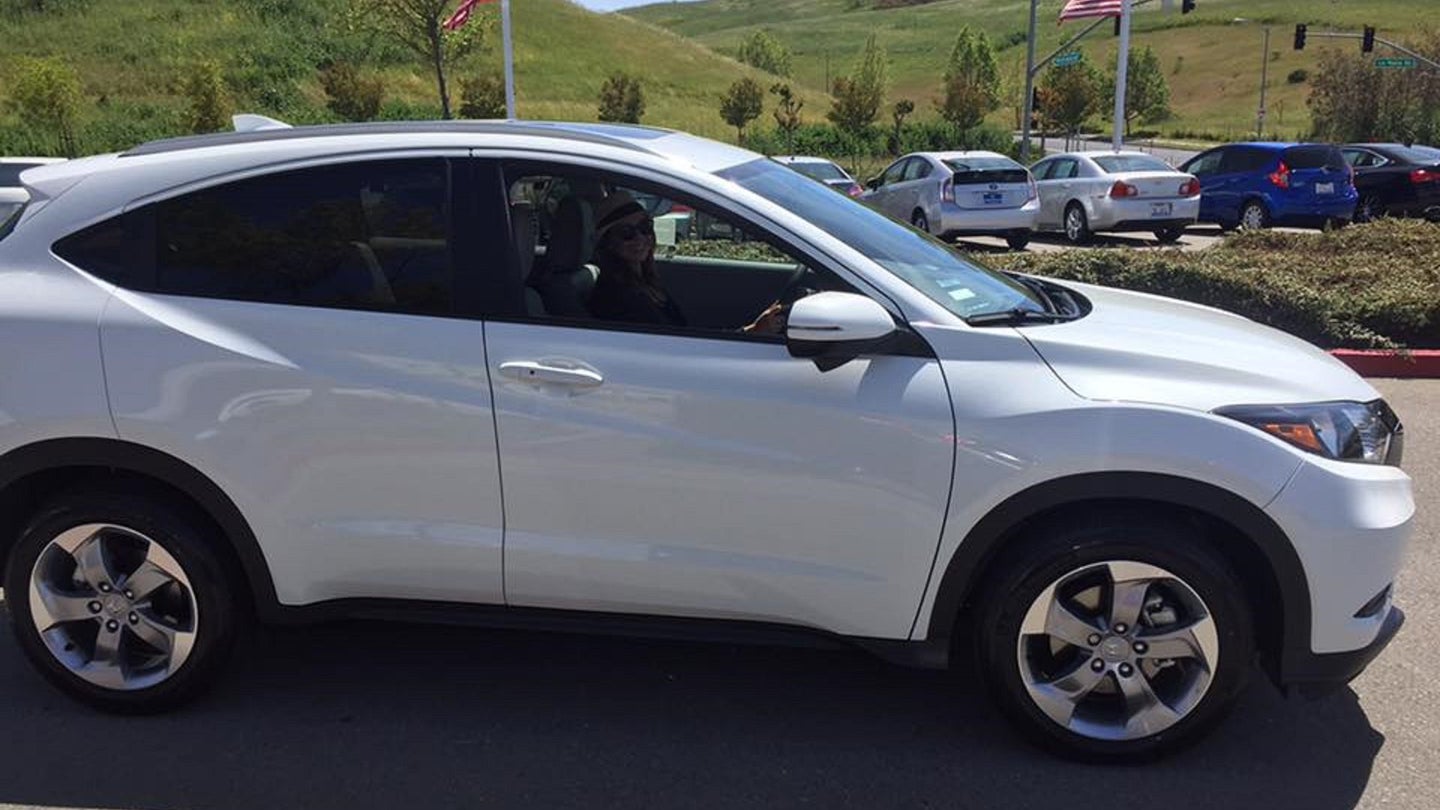 In Episode III of this month's bizarre series of stolen Honda stories, a Bay Area couple recently recovered their stolen HR-V compact crossover only to find that, for the last four months, it'd apparently been used as a Lyft.

In a report by SFGate, Cierra and Josh Barton bought a new, white 2017 Honda HR-V in the beginning of the summer only to have it stolen from outside of their Livermore apartment complex in late August. Earlier this month, the Bartons received a call from Hayward police saying that they've found it.

"What condition will it be in? Burned out? Gutted? I was imagining the worst when we went to pick it up," Cierra told SFGate. Thankfully, the Bartons' HR-V was not burned or gutted out. It did, however, carry the markings of an ex-Lyft car. With Lyft stickers on the front and rear windows, a smattering of dents, a rattling hood—oh, and an additional 11,000 miles on the odometer—the Honda had clearly been busy ferrying around ride-sharers in the last four months. A pillow, jacket, and stuffed animal were found still in the back seat.

"It wasn't burned out, it wasn't gutted, but it appeared to be have been used as a Lyft. Not only did someone steal our car, they made money off it," said Barton.

According to Hayward PD spokesperson Tasha DeCosta, the car was found abandoned on the side of a Hayward road for about two weeks. When SFGate reached out to Lyft on what measures the ride-sharing company has imposed to keep stolen vehicles out of its fleet, it responded in a statement, "The safety of the Lyft community is our top priority and we take these allegations seriously. Given the information provided, we are unable to match this vehicle to any Lyft accounts in the area. We have reached out to Ms. Barton and we stand ready to assist law enforcement in any investigation."

Isn’t a subcompact crossover just a hatchback? Honda says no.