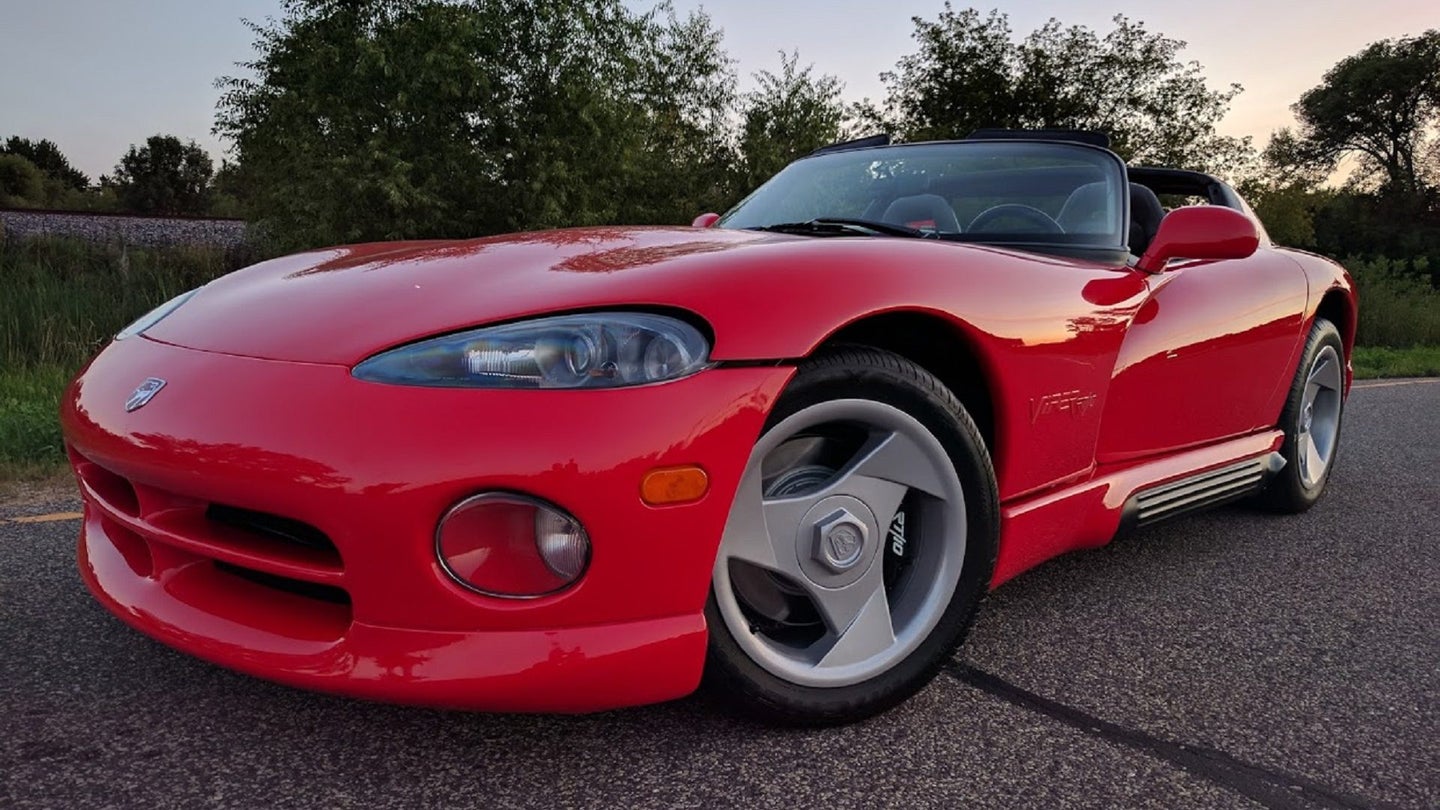 You’ve probably heard by now that the Dodge Viper is officially dead. Low sales and new safety regulations meant that that old dog just wasn’t worth keeping around, at least to FCA. What really shocked me about the situation was the lack of fanfare that Chrysler, or anyone else, paid to what would be the final Viper. In fact, the only advertisement I can recall seeing for the last-gen Viper wasn’t made by Mopar at all. It was made by Pennzoil. Back when that commercial was running, I remember seeing it at my parents’ house. I remarked to my mother that Pennzoil had just given the Viper a bigger audience than Chrysler had bothered to. She then turned to me, furrowed her brow, and said, “Oh, I thought they had stopped making those things ten years ago.” It wasn’t always like this. There was a time when kids hung photos of Vipers on their wall. A time before everything had 3,000 horsepower. This was the age of the Viper.

For the sake of argument, let’s say that the Viper’s heyday ran from its release in 1992 to some time in 2000. Back in ‘92, this car was setting the world on fire. It was stomping the likes of Ferrari and Porsche on the track. That, combined with the RT-10 Roadster’s totally radical styling, meant that every magazine wanted a Dodge Viper on its cover. As hot as the original Viper was, it wasn’t perfect. It had plastic windows, no air conditioning, and side pipes that seemed to be designed to burn the driver’s ankles. There was clearly room for improvement, and in 1996, it did just that.

The GTS coupe came onto the scene with not only a marginal power increase, but also real windows, and a roof! The GTS is, in my opinion, the most iconic version of the Viper, and considering how little the shape of the car changed after 1996, I think the designers would agree. When I was just a child, one of my father’s friends had a ‘99 coupe in blue with white stripes. I loved that car, but I only got to ride in it a few times before it ended its life, like a lot of other Vipers, upside down in a ditch. You’ve probably had enough of me gushing about how cool the Viper was, but I’ve got one last thing to add. The Viper was so cool that it starred in its own Knight Rider knockoff that managed to run for three seasons. Actually, one more thing. The Viper was so cool, that they shoved its engine into a motorcycle from the future, the Dodge Tomahawk.

So, why did the Viper lose its relevance? What happened in the 2000s? If I had to guess, I’d say that all the other manufacturers caught up. The RT-10 made 400 horsepower; 25 percent more than a Ferrari 348, and on par with a 993 Turbo. For the price, you just weren’t getting another car that made that kind of power from the factory. Then suddenly, the C5 Z06 comes out. A few years after that, the Terminator Cobra dropped. The budget supercar buyer now has options. As the years went on, and other platforms evolved, the Viper stayed largely the same. Same old pushrod V-10, same old six-speed manual, and the same Xtreme attitude from 1992. Sometimes, the world just has to move on.

‘What this Wrangler needs is a 500-plus horsepower Dodge Viper V-10.’