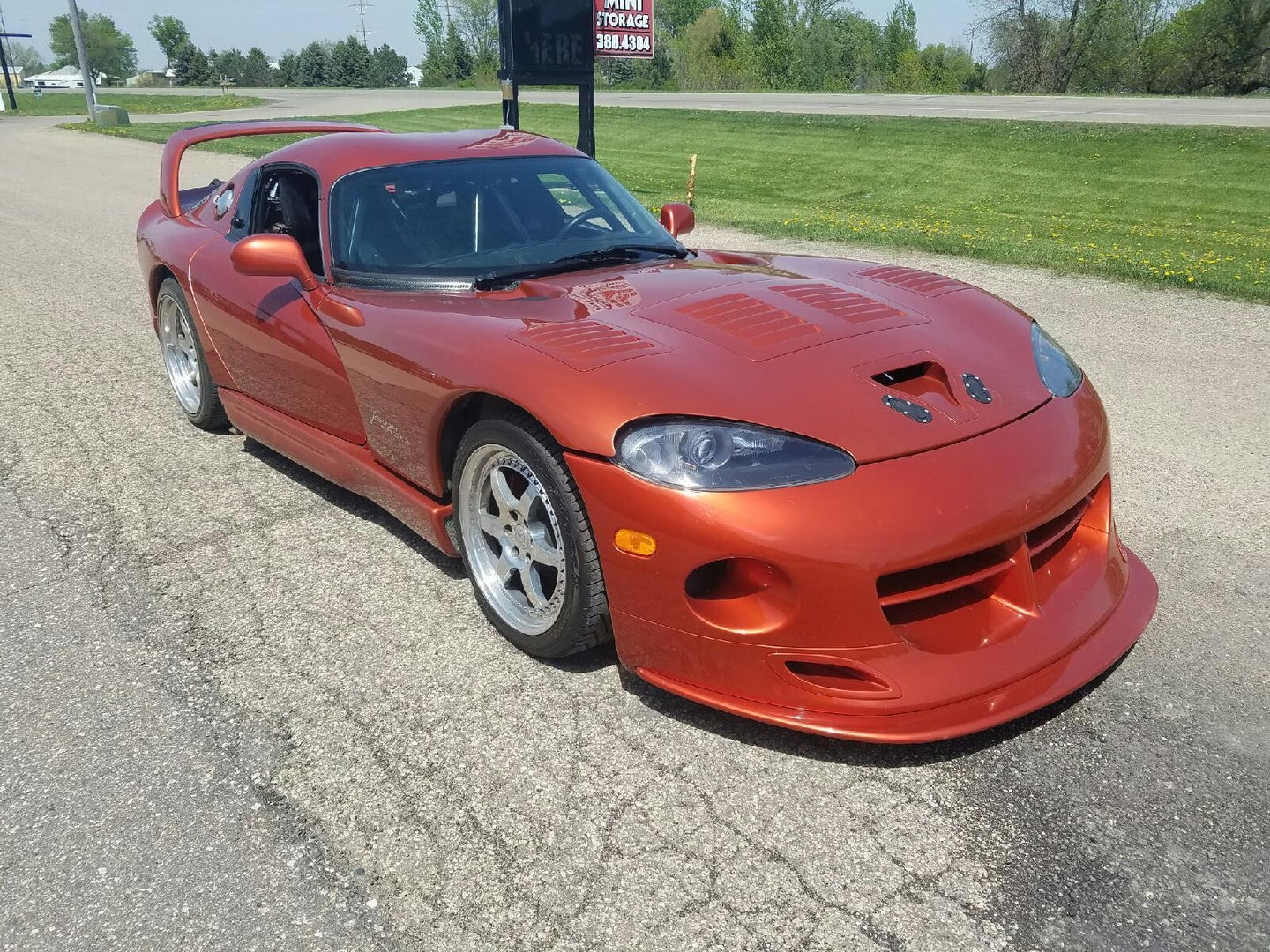 In the not too distant past, if you wanted at 200 mph street-legal beast, your options were limited—and very expensive. For example, in 2001, you had a the last version of the Lamborghini Diablo. It was capable of hitting 202 mph for around $300k.

When Motortrend got it's first look the car back in 2001, they said it might be "the most outrageous street-legal car on earth." That very car, the first Viper Venom 800, did a sub-10 second quarter mile when Motortrend tested it. That car was also John Hennessey's personal car. That very car is now for sale.

The current owner has done a little more work on the car. In it's original state, this Viper Venom put out 833 hp and topped 200 mph. After it's more recent upgrades, the owner says that when tuned for race fuel, the car now pulls over 1,400 hp on a dyno. In it's current state of drinking common gas station swill, it only hits about 1,100 hp. Only. This Viper Venom is set up for drag racing, and even has parachutes mounted on the back.

The eBay listing say that they have done over $115k worth of work and upgrades to the car. But they aren't exactly asking a "I know what I have price." For a hair under $60k, this might be Dodge Demon beating drag monster for you.

When buying a car that has been through at least two major mods and tunes, you really need to go see it first. With that much work having been done to it, even if done professionally, the chances of something major going wrong go way up. We're not saying the work done here is questionable. It's just that a lot of work has been done to this car by several people over a long period of time.

If this walk around video is any indication, it seems to not be a complete mess. Quite the opposite, in fact. One thing is for sure, it sounds really nice. Almost soothing; like a lion purring and panting after taking down a gazelle on the Serengeti.

The eBay listing also says that this is the "perfect car for the track or street." I'm going to go out on limb and say that you'll probably never do a grocery run in this. Maybe once, just to say you did it, but that's it.

If you need speed, love American muscle, and want to own a little piece of Hennessey history, this might be the Viper Venom for you.