For Sale: Number-Matching 1969 Dodge Charger Checks All the Right Boxes

The iconic muscle car—at a price you can probably afford. 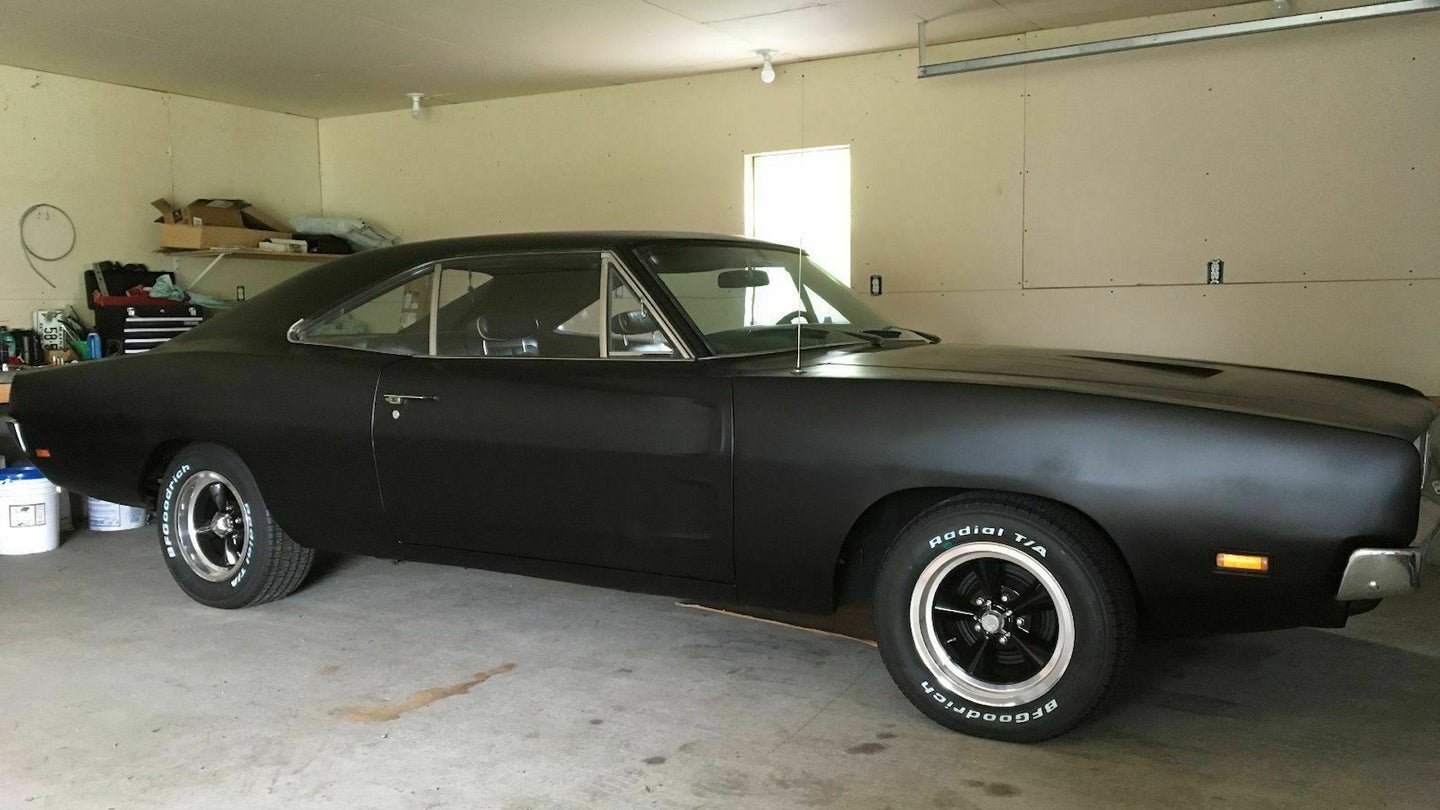 Anyone with a love for vintage Mopars knows the 1969 Dodge Charger is about as rare as it gets. If you can find one that hasn't been crashed by the Duke brothers or cobbled together from mixed-number parts, then you're on to something special. Such is the case with this rust-free, original example that's popped up on eBay with seemingly all the deets to prove its value. In other words, this seller “knows what he’s got.”

The seller says that all of the car is original, down to the body panels, and notes that the only real bodywork that has been done is a patch to the floor that was supposedly fabricated by a master metal worker. Under the hood, there’s a massive 383-cubic-inch motor (that’s 6.3 liters) mated to a Torqueflite three-speed automatic. That engine seems enormous, but it was only a mid-range offering in the Charger line at the time. There were two other V8s, a 426 c.i. Hemi (7.0 liters) and a 440 c.i. (7.2 liters), above it in the hierarchy.

This Charger got a new set of wheels with B.F. Goodrich Radial T/A tires and a long list of new parts before the seller’s health forced him to put it into storage, where it has been for the last two years.

So, we’ve got a rust-free car with just 75,000 miles on the clock. Still, it's not quite perfect—at least as it sits. The seller says there are a couple of holes in the headliner and notes that at the very least it will need a new battery after having been parked for so long. There’s also the black paint, which was sprayed on over the car’s factory medium green paint. So even though the numbers match all around, a buyer would need to pony up more cash for a paint job to make it 100 percent factory correct.

There's no doubting this car's rarity. The auction still has about four days left at the time of this article, but just know it'll take more than its current high-bid of $39,000 to take it home. Who knows what the reserve has been set at, but a previous eBay auction for the car ended at $40,000 and it wasn't enough for the seller to part ways with it.