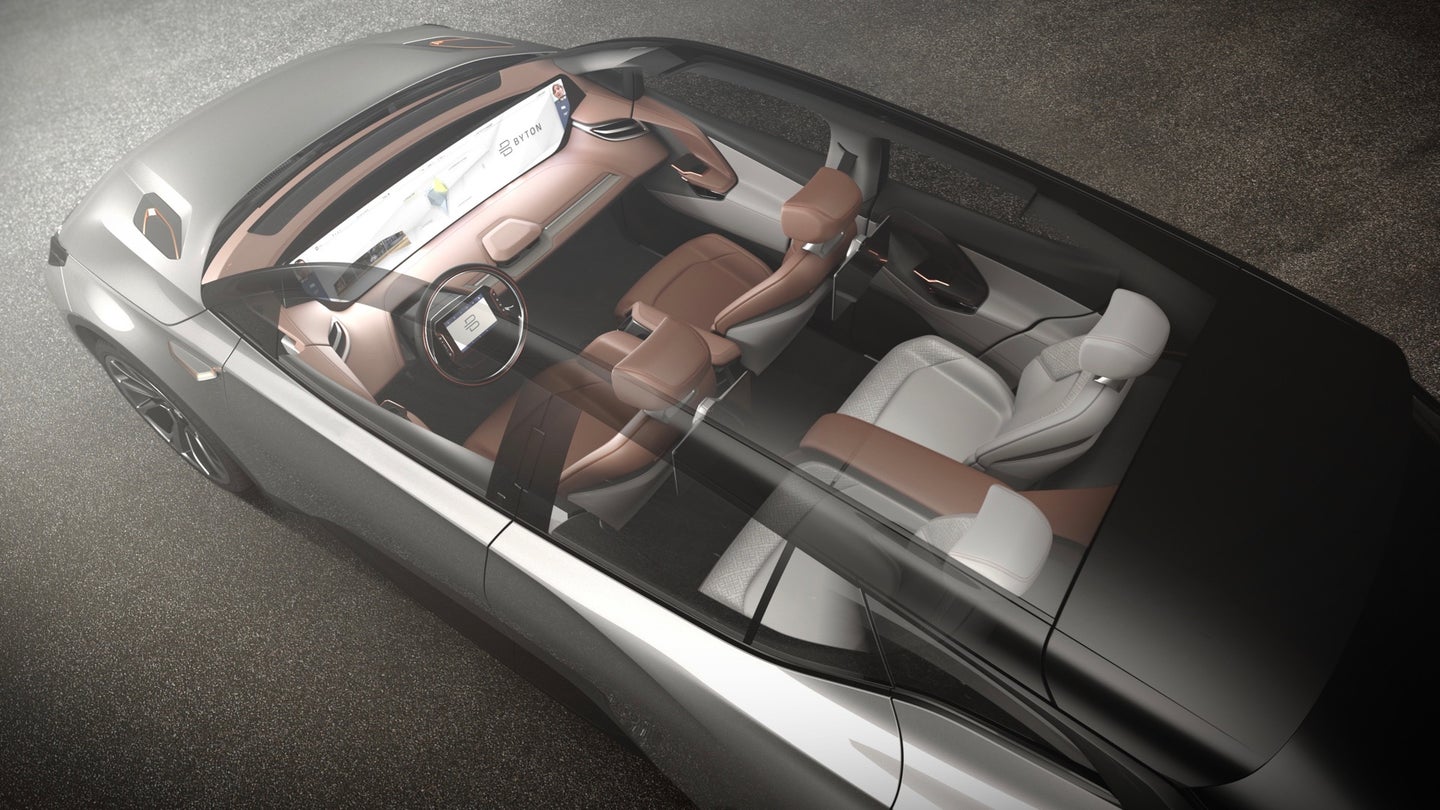 Chinese electric-car startup Byton will use BlackBerry software in its production cars' infotainment systems. It's the latest attempt by BlackBerry to gain a bigger chunk of the automotive market, following a recent deal with Jaguar Land Rover.

Byton will use BlackBerry's QNX technology suite, including the company's QNX SDP 7.0 operating system and Hypervision 2.0 software. BlackBerry claims its software isolates safety-critical vehicle functions so that they can keep operating when other vehicle functions are compromised. As car systems become more connected to the outside world, concerns about cybersecurity are increasing.

Judging by Byton's recent concept cars, BlackBerry has a lot of work to do. Byton unveiled an SUV concept (subsequently christened M-Byte) at CES 2018. The vehicle featured a display screen running the length of the dashboard, a screen on the steering wheel, cloud connectivity, and even the ability to connect to a driver's smartwatch to monitor their health. At CES Asia, Byton unveiled a sedan concept, called K-Byte, that shares most of the M-Byte's tech.

Byton plans to launch a production electric vehicle based on the M-Byte concept in China by the end of next year, with U.S. and European sales to follow in 2020. The company then wants to launch a sedan based on the K-Byte concept in 2021, followed by a third model. Byton is also working with startup Aurora Innovation to add autonomous-driving technology capability to its cars.

If Byton can get its cars and their elaborate infotainment systems into production, it would help show off the capabilities of BlackBerry's software. But as with all electric-car startups, it's just as likely that the realities of the car industry will trip Byton up and force it to delay its plans, or close up shop entirely.