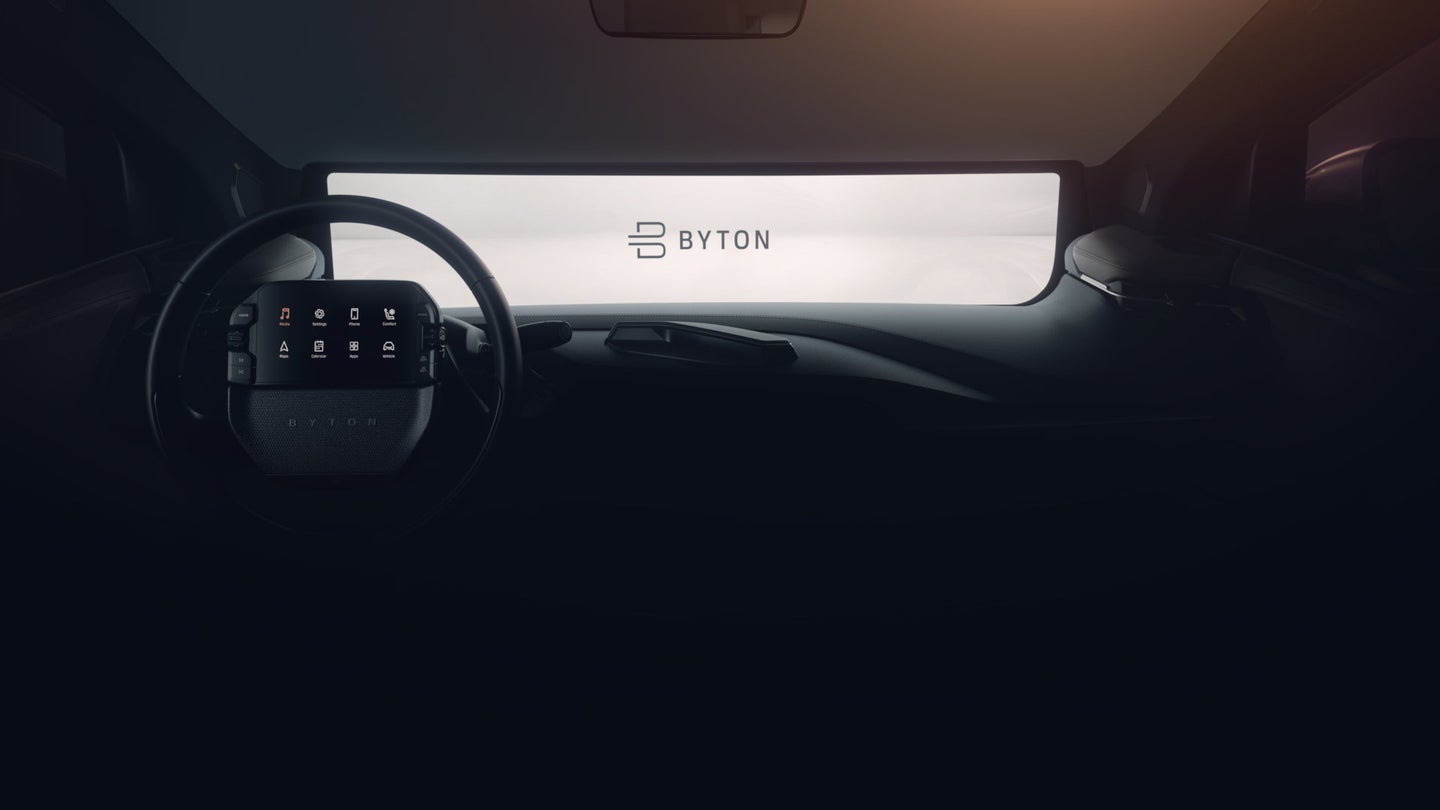 Premium electric automaker Byton will return to the International Consumer Electronics Show (CES) in Las Vegas this month to show off its very first production-ready cockpit. Specifically, the automaker is said to be focusing on its two massive infotainment displays; one spanning across the entire width of the dashboard, and the other mounted directly in front of the driver on the steering wheel.

Reportedly, both of the previously teased concepts, the K-Byte and M-Byte, will make an appearance at CES. Both models are to be outfitted with Byton's high-tech production interior and, per the Chinese manufacturer, it's unlike anything experienced in a car ever before.

The Blackberry-powered infotainment system spans a whopping 49 inches across and is 9.8 inches tall, making use of the entire space where one would normally expect a dashboard to be. Control of the car's UI extend to another steering wheel mounted display placed directly in front of the driver. The combination of the controls allows the car's occupants to have a "shared experience" by using touch and gesture-based actions to interact with the car, as well as intuitive voice commands.

Despite focusing heavily on the displays inside of the vehicle, the automaker opted to also include physical buttons on the steering wheel of the car. This enables the driver to retain quick access to some of the more heavily used functions of the car instead of hunting through menus like with the Tesla Model 3. An airbag is placed directly below the steering wheel, adding the necessary safety feature and complementing the cars' overall aesthetics.

Byton is no stranger to CES; in 2018, the automaker revealed the first concept for its gadget-packed SUV with former BMW Vice President Carsten Breitfeld (the mind behind the engineering of BMW's coveted i8) holding the reins. Since then, the brand has stayed focus on identifying itself as a premium electric automaker, securing more than $500 million in initial funding to compete with like-minded startups such as Faraday Future, Lucid Motors, and Nio.

The automaker plans to launch its vehicles in China later this year and speculates a U.S. launch to take place by mid-2020.

Byton unveiled its first concept vehicle at CES this year, and it’s sticking to its original production timeline.