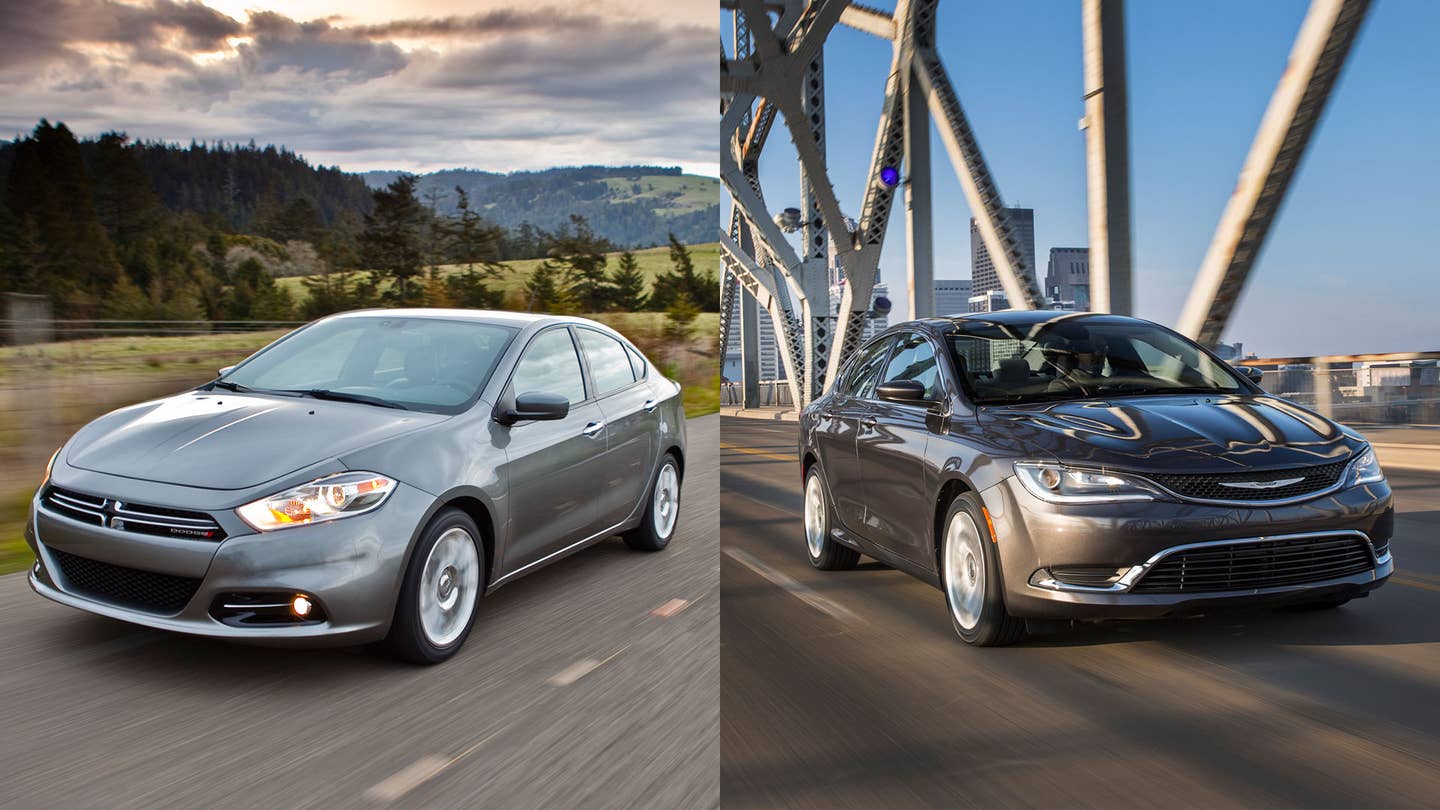 The five-year plan at Fiat Chrysler Automobiles is a moving target. The last two years have seen serious adjustments, and during an investor call last week, CEO Sergio Marchionne made another. This time the Dodge Dart and Chrysler 200 will kick two buckets, as FCA goes all in to produce more Jeeps and Rams.

Marchionne sees the shift to crossovers as long-term, and said low gas prices are a “permanent condition.” That would make him more prescient about oil prices than commodities analysts, who have said oil might go down to $16-per-barrel this year or up to $60. And that word “permanent” is always suspect.

The Dart, hounded by invective about its quality, size, and price, sold just 87,392 units last year. That’s a mere drip in the segment. The Chrysler 200 netted 177,889 sales, and it’s a rather good car. But it’s been dinged for having a cramped rear seat, an indecisive transmission, undistinguished engine options. Plus, it’s still lugging nasty baggage from the 200 sedan it replaced. A segment ruled by adamantium nameplates like Accord, Camry, and Fusion won’t tolerate such flaws, and FCA can’t afford to stick it out. Marchionne said they will “run their course,” and if they get successors those future sedans would be built on platforms from another maker.

The difficulties, small profit margins, and corporate finances leave Fiat little choice but to kill the weak and promote the strong, meaning more Jeeps and Rams to better utilize production capacity. Forty percent of the automaker’s sales last year came from Jeep, which set a record by moving 1.2 million vehicles. Wrangler production is already flat-out at the Toledo plant where it’s built; the introduction of the next generation—and a Wrangler-based pickup variant, plus eventual diesel and mild hybrid powertrains—will only pile on more pressure. On the Ram side, trucks just make a lot of money. And somehow, incredibly, a next-generation Viper still has a chance at life.

Financial woes on the Italian side of the house have increased Marchionne’s reliance on Jeep and Ram, two brands out of a large portfolio. Alfa Romeo was meant to have eight cars on sale here by May 2018. That rollout has been pushed back to the “middle of the next decade,” and cuts are being made to its R&D, manufacturing budgets. The gorgeous Maserati Alfieri coupe was supposed to launch this year, too, but that’s also been kicked to FCA’s crowded backburner.

If Marchionne is correct, he’ll look like a mad genius when it’s all done. If any disturbance in the petroleum force sends crude pricing back to the top of the charts, and frugal cars like the Toyota Prius with it, there will be blood in Auburn Hills.