Score one for the losers! 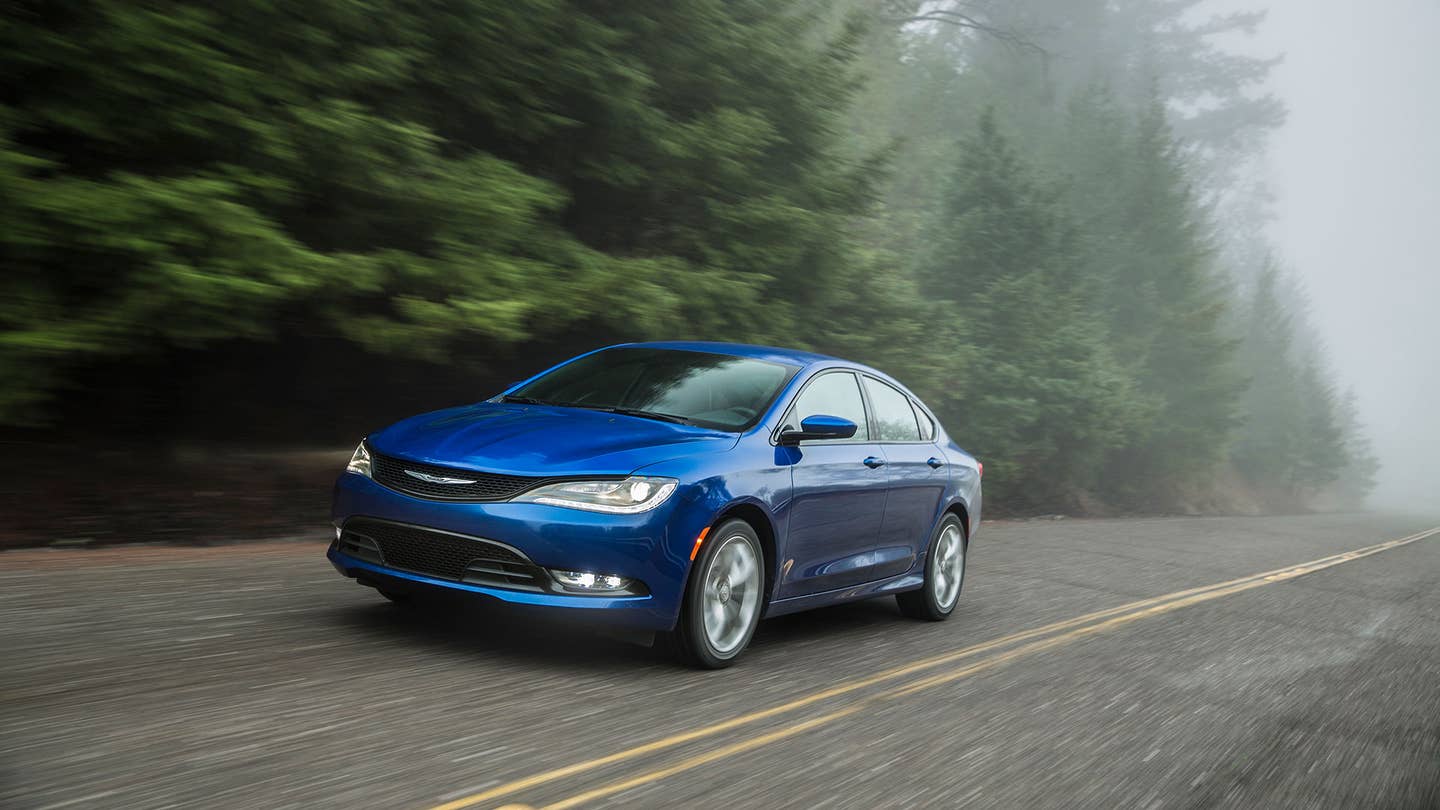 The Insurance Institute of Highway Safety, a non-profit organization financed by the insurance industry, has singled out the 2016 Chrysler 200 as the only domestic car to earn a Top Safety Pick+ rating. Not among sedans, but cars. All cars. The only car.

The mind, appropriately, reels. To earn the highest safety rating offered by I.I.H.S., a car must earn at least a Good rating in the fiendishly difficult front-overlap crash test, as well as offer a forward-collision warning system. That struck down any number of domestics that would otherwise be cross-shopped against the 200—Chevy Malibu and Ford Fusion chief among them.

There may be no other car on the market that succeeds so remarkably on one front, yet collapses so wholly on others. In its latest Initial Quality rankings, J.D. Power dinged the 200 hard, particularly for its all but inscrutable nine-speed transmission. Having put over 1,000 miles on a rental model, I’d also ding the 200 for its ride quality. The nose bounces and bobs like the proboscis on a ‘75 Eldorado, despite packing a compact 2.4-liter four-cylinder engine. No V8 pig iron here.

That’s one of the paradoxes of the I.I.H.S. tests: Don’t look for harmony among the car industry’s safety bodies and ranking services, because you won’t find it. Further proof: You know what’s keeping company with the 200 among the 2016 Top Safety Pick+ honorees? Another middling Fiat-Chrysler product, the 500X.

Sharing mechanicals and platform with the Jeep Renegade mini-ute, the 500X was called by newly crowned Top Gear host Chris Evans “all wrong.” And yet, it is 100-percent right within the narrow purview of the I.I.H.S. Should you deploy such information when you hit dealership row on Sunday? That’s up to you, but we’re of the mind to look farther abroad.

Among the I.I.H.S.’s Top Safety Pick+ cars for 2016, you will find the Volkswagen GTI, Mazda 6 and roughly 45 other lovely morsels. Full list here.