The actress promotes the first hybrid minivan in a series of comedic videos. 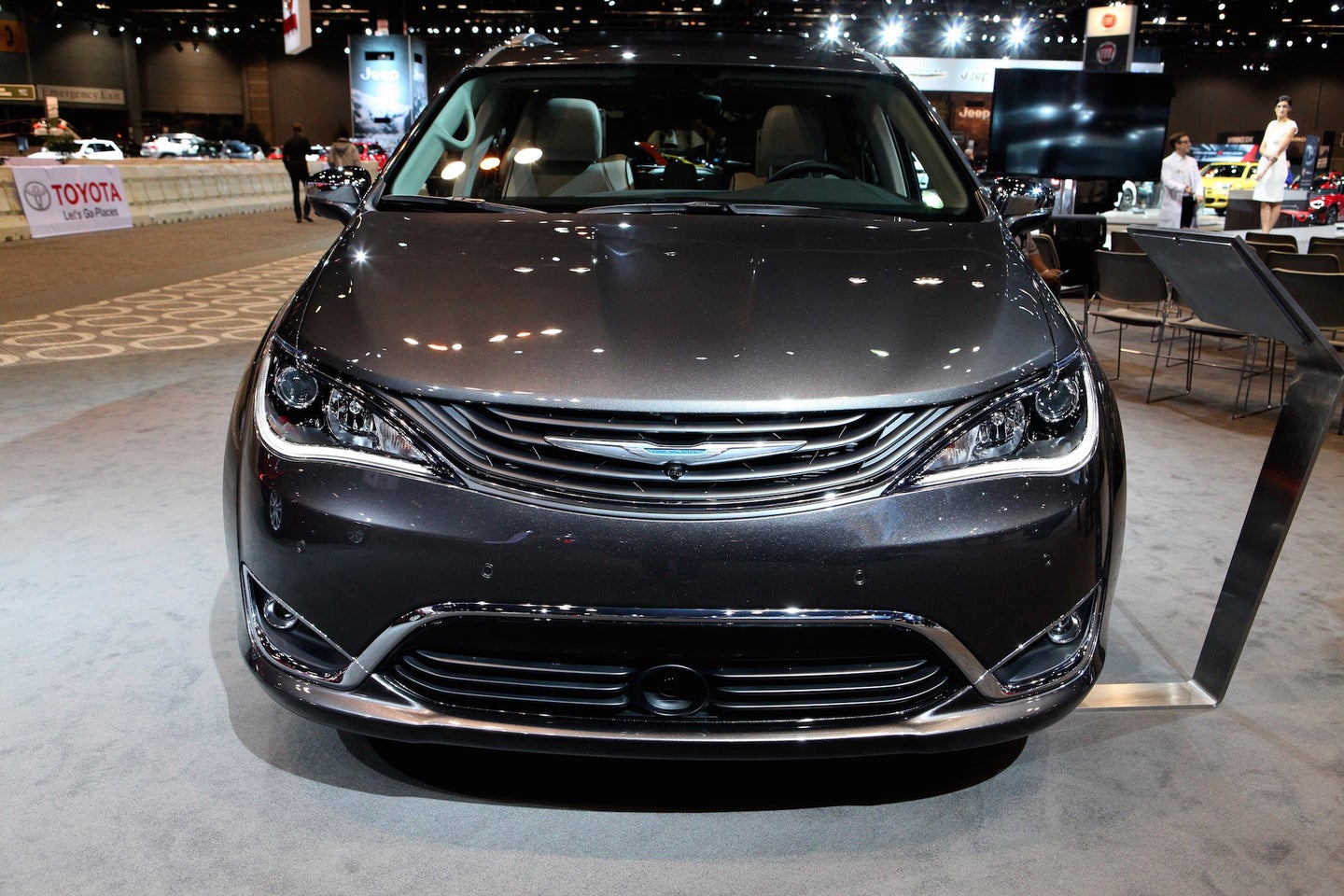 Chrysler has partnered with actress and mother Kathryn Hahn to launch a series of entertaining videos promoting its new Pacifica S hybrid minivan. Hahn, who played the crazy best friend in How to Lose a Guy in 10 Days and a sexually liberal mother in Bad Moms, brings her signature comedic charm to the video series.

Named the 2018 Green Car Reports Best Car to Buy, the Pacifica is the first hybrid minivan and features 84 miles per gallon equivalent 33 miles of all-electric range. It's versatile, efficient and affordable, starting at $40,000.

“This campaign spoke to me as both a mom who spends a lot of time with my kids while driving and as someone who still likes to turn up the volume after I’ve dropped them off at school,” said Hahn, who has a son Leonard and daughter Mae with actor Ethan Sandler.

The series of five minute-long videos aired March 5, and has already garnered 4,000 views. The Chrysler Pacifica S Appearance Package, which offers customizable black accents for $595, is shown throughout the videos. The features give the model a sleek, sporty design.

The first video shows Hahn dropping off her daughter at soccer practice in a shiny black Pacifica. Hahn’s daughter asks her to stay for practice, and Hahn stays in the car the entire time, taking full advantage of its reclining leather seats and luxury sound system. Hahn does everything but watch her daughter practice—she eats spray cheese, puts cucumbers on her eyelids, reads a magazine about cats, and sings along to the radio. This is definitely a reference to the Bad Moms

The next video, titled, “My Jam,” is dedicated to the car’s exterior features. Hahn dances around the car and shows off its sliding doors. She climbs on the hood and runs her hands against its smooth exterior. The Scorpions’ Rock You Like a Hurricane blares as Hahn moves around, and we get a close-up of the Pacifica’s high-quality Harman Kardon speakers. The video ends with Hahn clumsily unloading groceries out of her car, as she receives a judgmental look from her neighbor.

In the third video, Hahn demonstrates the car’s parallel parking capabilities while playing the 1999 rap song Back That Thang Up by Juvenile. The Pacifica’s park assist program recognizes parallel parking spaces and tells the driver which directions to turn. Hahn is in the car with her girlfriends, who judge her for playing rap. The commercial ends with text saying, “It’s loaded. With attitude.”

The next one shows Hahn blasting more rap music as she picks up her son and daughter from school. Her son asks her what the song is and she immediately turns it off, saying she prefers quiet. The kids play Tic-Tac-Toe on the car’s 10-inch high-definition touchscreens.

In the final video, Hahn demonstrates the car’s automatic trunk feature as a cop comes to give her a parking ticket. She gives the cop a variety of far-fetched stories, such as her family dog dying and being chased by killer bees. Hahn also references the car’s Stow ‘n Go vacuum, saying it’s super convenient for when her son gets sick. After Hahn’s dramatic bit, the cop still gives her the ticket and tells her she should be an actress.

Chrysler, which released numerous faulty models and had a financially bumpy past, was acquired by Fiat in 2014. The company recalled its earlier Pacifica minivan in 2017 for faulty engines, but with its safety features and technological innovations, the Pacifica S Hybrid is already a major improvement for the brand.