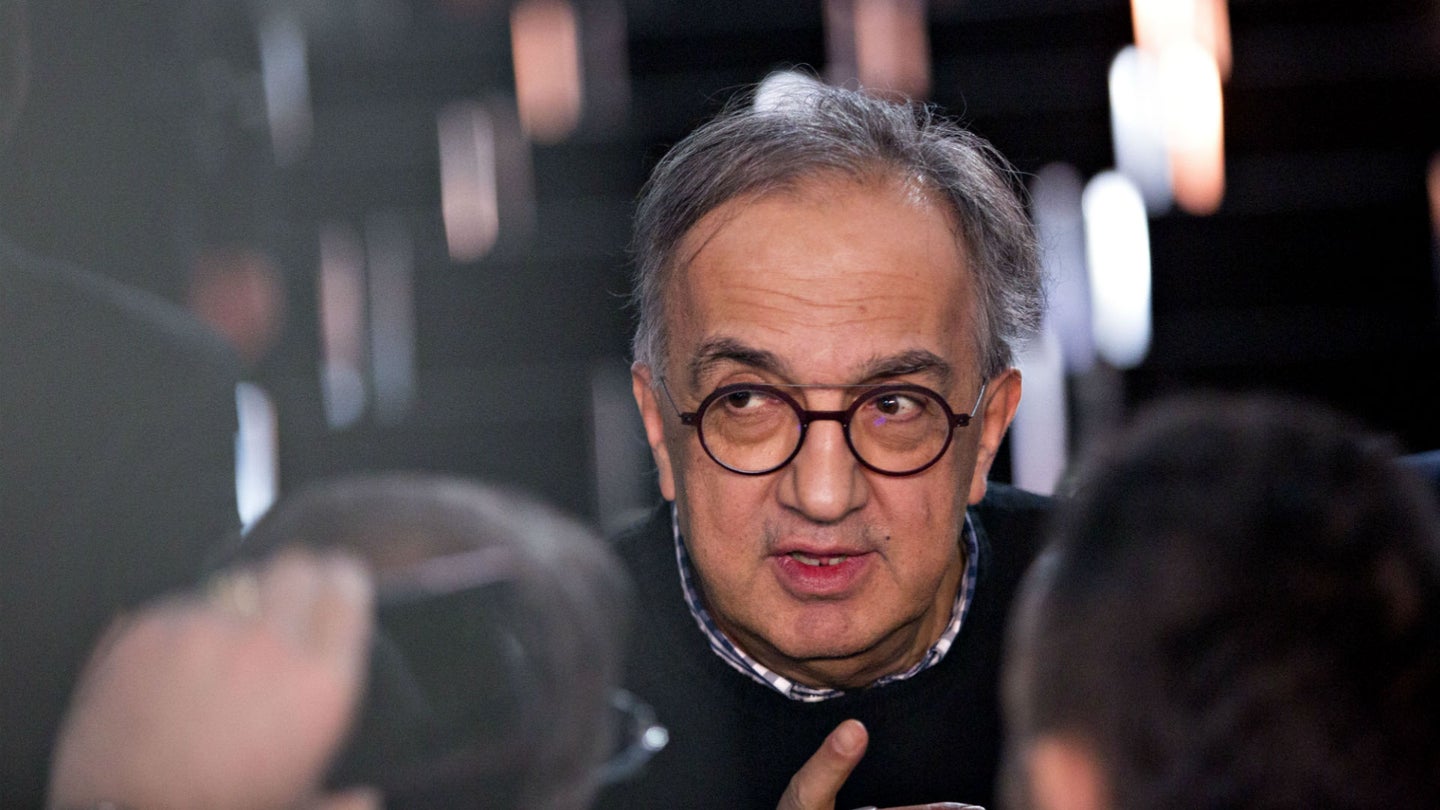 There was never any doubt that working as a successful auto CEO meant lucrative wages, especially in Detroit's Big Three. Between Ford, General Motors, and Fiat Chrysler, the Michigan-based brands paid out tens of millions of dollars to their head honchos in 2016, and much of the same is expected to be reported for last year. As it turns out, FCA's sweater-loving CEO Sergio Marchionne collected a salary of nearly $12 million in 2017, and that's before any of his stock returns.

With everything factored in, FCA netted Marchionne approximately $48 million according to The Detroit News. The Italian exec was awarded 2.79 million shares in the company, catapulting his overall earnings and subsidizing his relatively low stipend when compared to GM's Mary Barra and ex-Ford boss Mark Fields. Sergio's competitors made $22.6 million and $22.1 million respectively in 2016, plus a colossal $57 million bonus for Fields upon his "firing."

Marchionne is expected to retire in April of 2019, a move that's long been a part of his five-year business plan. Rumors of major changes at the brand have been floating around under his rule including the potential unloading of Jeep and Ferrari, though they haven't come to fruition. Now, as it sits, Marchionne will likely stray away from departures of tradition in order to allow an open slate for his inevitable replacement.

Marchionne was previously named as one of the most important people in the car world by The Drive, and by profitably heading a number of successful legacy brands for year-on-year growth, he's kept up that reputation.