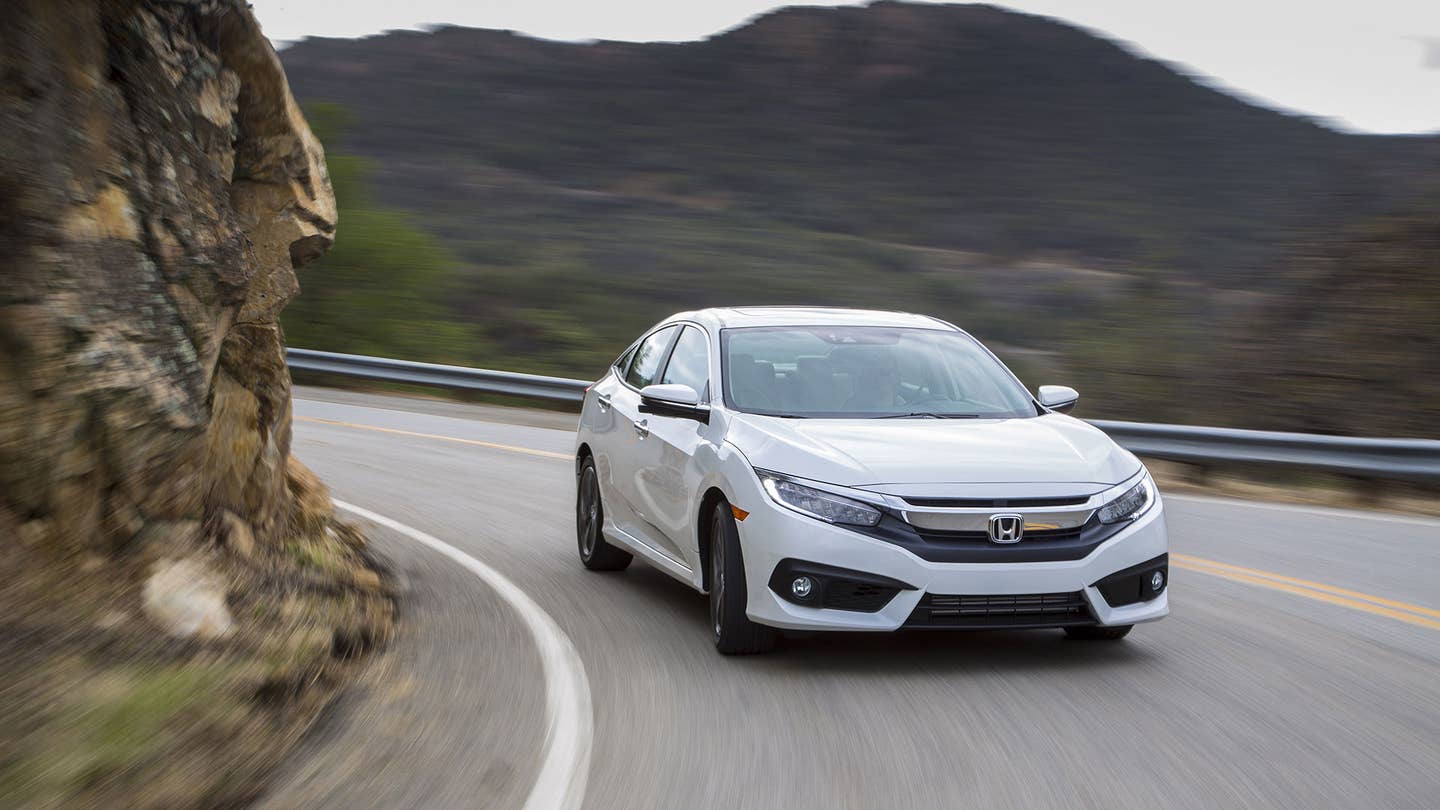 The Drive had its collective fingers crossed for the Mazda Miata.

Still, we’re neither mystified nor outraged by wins for the Honda Civic and Volvo XC90 as North American Car and Truck/Utility of the Year—unlike, say, 2010, when Ford’s Turkish-built Transit Connect panel van took the most undeserved trophy since Chicago earned a Best Picture Oscar in 2003.

Honda’s blue-chip compact sedan and Volvo’s comeback kid were revealed as winners on Jan. 11 at the 2016 Detroit Auto Show. Fifty-three automotive journalists, including myself, voted on the award that saw Honda and Volvo as repeat winners: The Civic took the trophy in 2006, and the XC90 in 2003.

The intervening years haven’t always been kind to these models. The Civic slipped badly—at least among critics if not in sales—a mediocrity that Honda rectified with the tremendously satisfying all-new Civic. Volvo’s XC90 hadn’t been fully redesigned since that 2003 winner, and the company went into a product slumber as it was cut loose from Ford and sold at a bargain price to Geely Auto of China. But the new XC90 is selling like Swedish hotcakes with its handsome Scandinavian design, three-row accommodations and every imaginable safety feature.

The awards recognize the most outstanding new vehicles of the year, based on factors including innovation, design, comfort, safety, handling, driver satisfaction and value for the dollar.

The Civic beat out two other finalists, including our dark horse pick the Miata roadster; and the Chevrolet Malibu sedan. The Volvo took the win against the Honda Pilot SUV and Nissan Titan XD pickup truck. Who knows, the Civic’s win might even help it sneak past its eternal nemesis, the Toyota Corolla, in sales. Customers snapped up 335,384 Civics last year, but the Corolla maintained sales supremacy with more than 363,000 sales.

The Honda That Honda Should Build

A breakneck lap in Japan—not to mention four electric motors—redeems the woeful CR-Z.