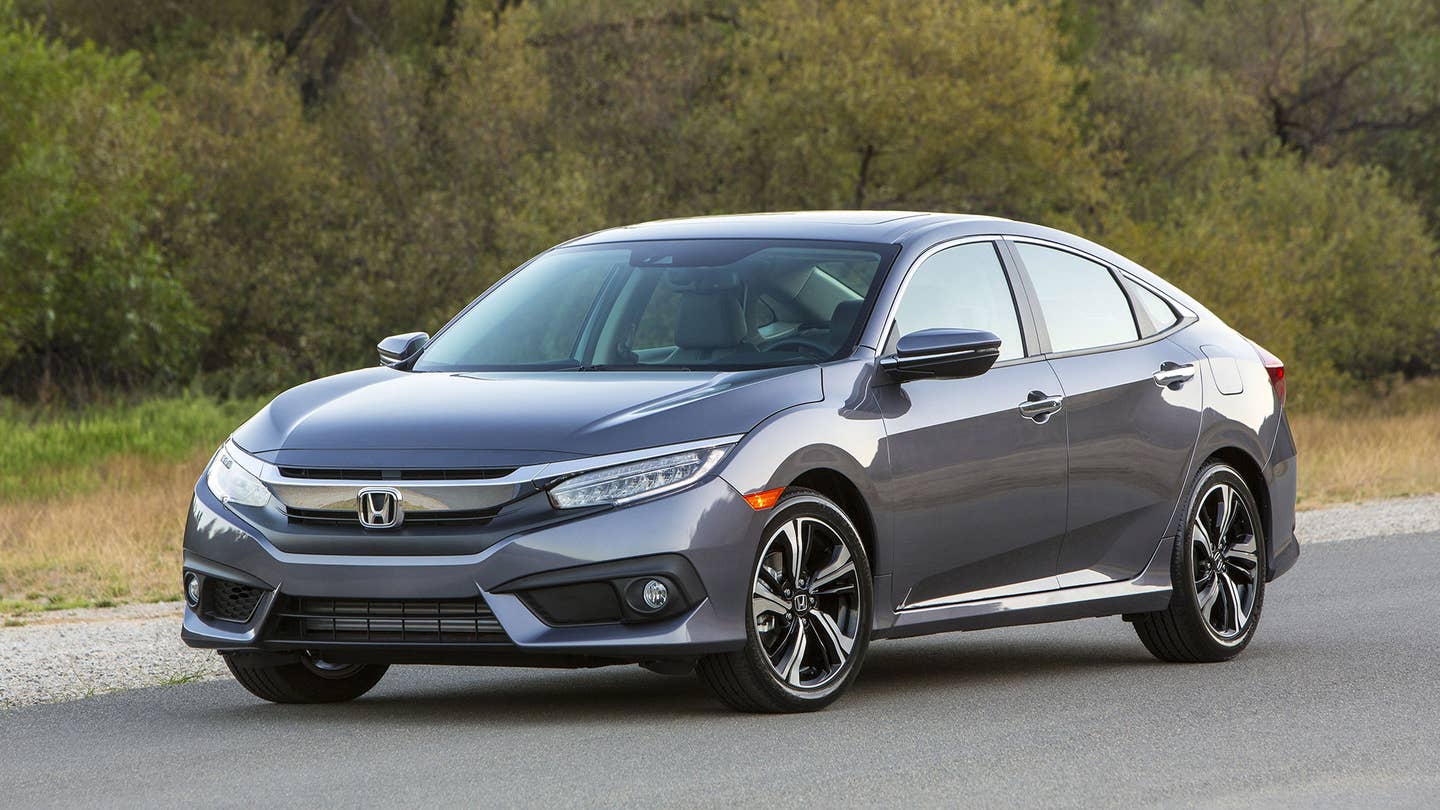 Honda has issued a stop sale on the 2016 Civic with the 2.0-liter four-cylinder for a problem that might allegedly lead to engine failure. The company also plans to recall and inspect the examples already with customers. Honda spokesperson Chris Martin tellsAutoblog that the issue doesn't affect any Civics with the 1.5-liter turbocharged engine.

"While the specific details of this action are still being determined, American Honda has provided preliminary information to the NHTSA and intends to provide more details in a formal notification to NHTSA on Friday, February 5," Martin said. After the National Highway Traffic Safety Administration acknowledges the details, Honda will issue an official statement about the problem.

A post on the CivicX forum purports to have a Honda document detailing the fault. Some of the 2.0-liter engines may have missing or miss-set piston pin snap rings, which could cause damage to the pistons and other internal parts. The issue reportedly affects roughly 34,000 examples of the 2016 Civic.

If the document from the CivicX forum are accurate, dealers will use a borescope to inspect the pin snap rings on the potentially affected engines. According to the forum, replacement parts are not yet available, and Honda expects to notify customers about the recall in March.

Autoblog drove the turbocharged version of the 2016 Civic late in 2015 and came away fairly impressed. We loved the new engine and quiet interior but weren't so enamored with the CVT. In any case, if you're in the market for a new Civic, you may now have one more reason to consider the new turbo mill.