Godzilla who? Be still our front-wheel-drive hearts... 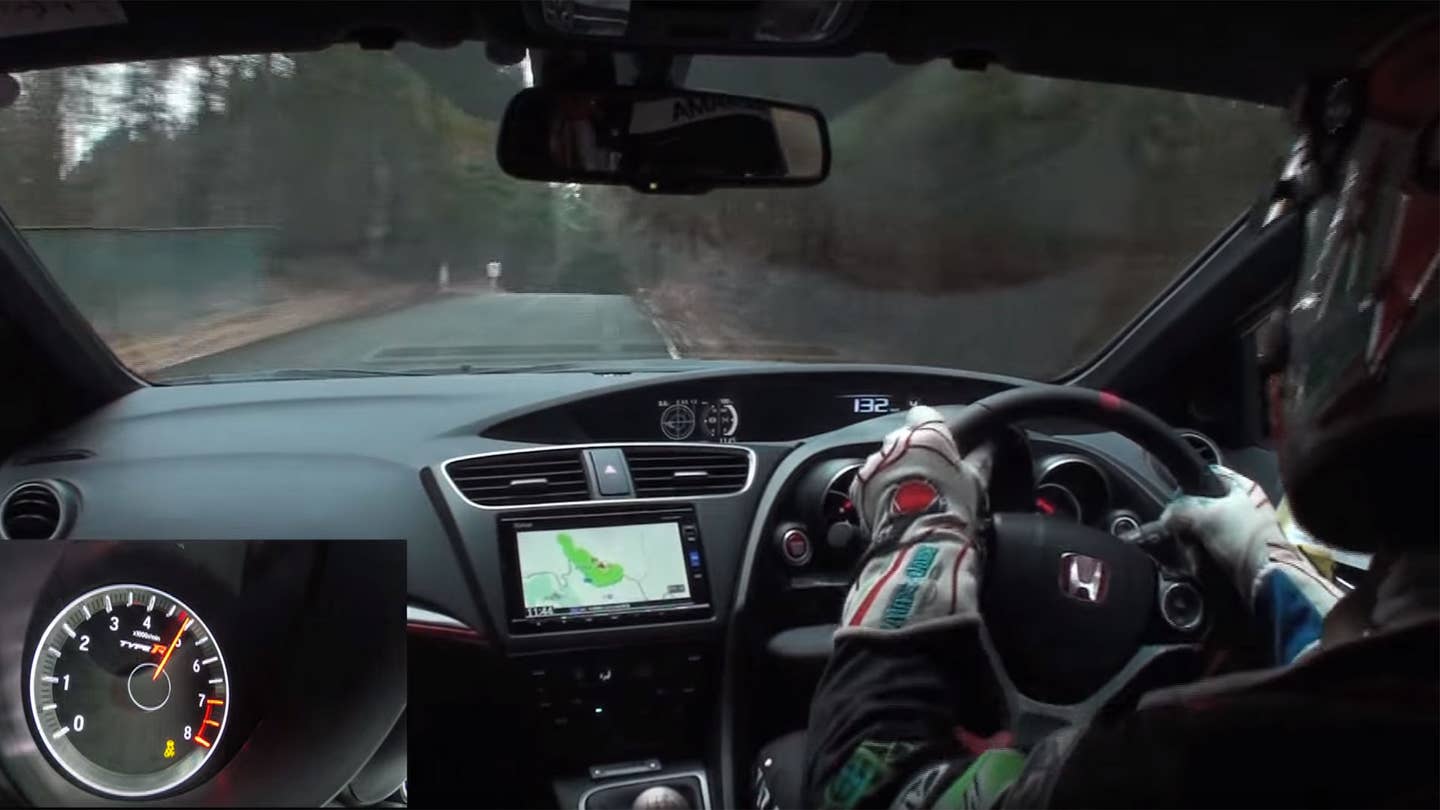 Earlier this year, the 2015 Honda Civic Type R completely recalibrated what was thought possible for front-wheel-drive performance. On Germany’s Nürburgring, the Type R logged a mind-blowing 7 minute, 50 second lap. This weekend, Japan's popular car show Best MOTORing finally brought the ballistic hatchback to the Gunsai Touge, the island nation’s ultimate proving ground, to see whether the Type R has what it takes to be a touge monster.

Gone is the iconic, high-revving, naturally aspirated characteristic of the Honda Type R engines of the past, as the Japanese automaker developed a turbocharged 2-liter four-cylinder VTEC engine producing 306 horsepower and 295 pound-feet of torque for the latest 2015 Civic Type R. Despite a relatively low 7,000 rpm redline, the power unit easily boasts one of the highest figures of any Honda Type R model—NSX-R included.

Piloting the new Civic Type R is veteran racing driver and Best MOTORing's Gunsai ace Manabu "Max" Orido. As far as we can tell from the YouTube video, the touge run in the 2015 Civic Type R is more of a shakedown rather than an all-out time attack. While Orido had traction control off, he did not press the Civic Type R's "+R Mode" button until the last two corners of the run, which not only changes the gauge color to red, but also sharpens throttle response and stiffens the damper settings.

Orido offers his commentary in the video while he familiarizes himself with the new Type R's characteristics. I definitely need to brush up on my Japanese, but you can hear Orido say, "Braking sugoi!" before throwing the Civic Type R into a sharp and narrow downhill hairpin. But did we also hear Orido mention something about the Type R's understeer around the video's 2:14 mark?

Finally, the Best MOTORing video ends with the 2015 Civic Type R squaring off against a Renault Megane Renaultsport 275 Trophy-R for a Touge Battle. Sadly, the video cuts off before the battle got started.