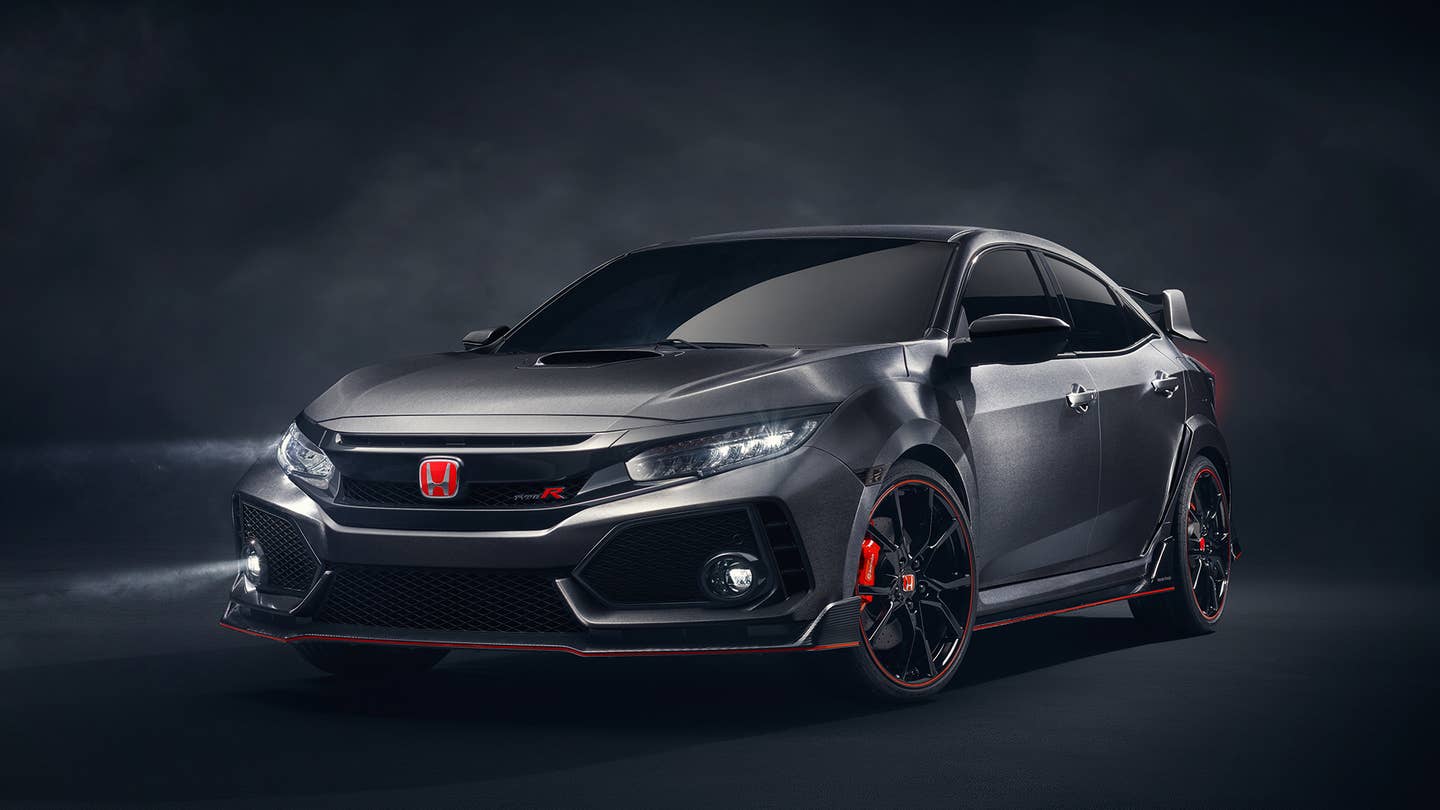 See that fifth word in the name of the new Honda Civic Type R Prototype? Prototype. Not “concept,” the word carmakers usually use to describe auto show vehicles designed to preview future models. “Prototype,” as in, “a test car built to resemble the real thing as closely as possible.”

Which is to say, the Civic Type R Prototype revealed at the Paris Motor Show is all but certainly the spitting image of the production version Honda says will make its way to North American shores in 2017.

Based off the five-door Civic Hatchback platform arriving in U.S. showrooms any day now, the new Type R comes equipped with an arsenal of aerodynamic hardware and stylistic badassery not found on more plebeian Hondas. There’s a massive rear wing that look like Voltron’s paraglider, mounted high above a trio of exhaust pipes and an aggro rear fascia. The 20-inch black-and-red wheels sit beneath beefy fender flares, while up front, the traditional red Honda badge reserved for the carmaker’s R models sits between the slotted hood and the angry front fascia with its carbon-fiber splitter. A red accent line stretches around the car’s waterline, while the body comes clad in a brushed aluminum-like finish that Honda says won’t make it to the production car.

But all those visual details matter less than the heart of the Civic Type R, which lies beneath that broad hood. Honda’s official press release was mum on the subject of the car’s powertrain, but according to Autocar, Honda aims to crank at least 300 horsepower out of its turbocharged four-cylinder engine—and we've heard it could make as many as 340 ponies.

The car will need every pony it can channel to its  front tires, as Autocar also claims that Honda wants to use the new Type R to set a new front-wheel-drive Nurburgring Nordschleife lap record. The previous Civic Type R’s time of 7:50 held that honor for almost two years, until the VW Golf GTI Clubsport S knocked it off this spring; if the new red-badged Civic’s powertrain can match its style, we don’t doubt it can save the brand’s honor at the ‘Ring.