A First Look at the 2017 Honda Civic Hatchback 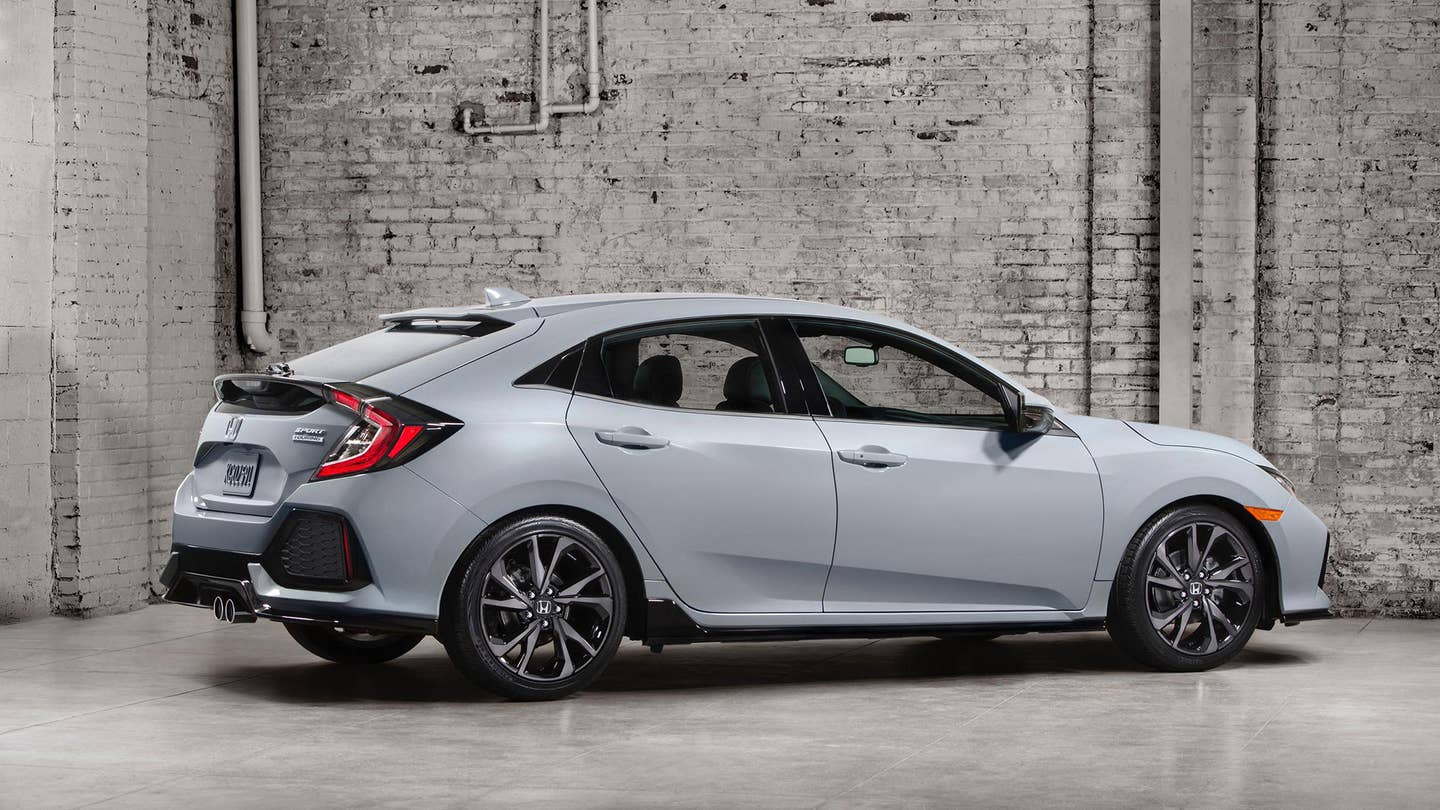 The year 2006 was a hard one for fans of the Honda Civic. In 2006, the Honda Civic Si hatchback left North America and the new car, chided by critics as generally lackluster and low-quality, came only as a sedan or coupe. For a decade, we were saddled with a mediocre Civic. Then, the 2016 Honda Civic debuted and the world fell back in love—the current car won the North American Car of the Year Award. But hatchback lovers? Left wanting.

But no more! This fall, Honda will bring the 2017 Honda Civic Hatchback to the U.S. While the front of the Civic is entirely unchanged—and as handsome as it is on the successful sedan and coupe—the back of the hatchback gets that signature hump. Unlike early Honda hatches brought to the US, this new version has a hearty helping of “Euro-inspired” styling and shaping, including prominent tail lights incorporated into the bodywork that add an extra facet to the car’s profile. The result is fairly upscale and Volvo-esque—remember the C30?

Besides the new cargo area, much of the little Honda remains the same. The hatchback will be marketed as a more upscale option, and as such, will be available only with the 1.5-liter turbocharged four-cylinder available in upper sedan trims. Excitingly for lovers of old school gear-swapping—or gears, generally, as most Civics come with a CVT—a six-speed manual transmission will be offered in LX, EX and Sport trims. In addition, the Sport trim will offer an additional six horsepower over the standard car’s 174 due to better flow through a large, center-mounted exhaust.

On the tech side, most trims of the new Honda Civic Hatchback will be able to be fitted with Honda’s roster of advanced safety systems, including Collision Mitigation Braking System™ (CMBS™), Forward Collision Warning (FCW) integrated with CMBS, Lane Keeping Assist (LKAS), Road Departure Mitigation (RDM), Lane Departure Warning integrated with RDM and Adaptive Cruise Control (ACC) with Low-Speed Follow. Besides “Low-Speed Follow” sounding stalker-ready, all should contribute to an accident-averse hatch. Honda says the 2017 Civic Hatchback will get an IIHS Top Safety Pick, as well, should that cavalcade of sensors, cameras, beeps and flashes not be enough to overcome human fallibility.

Personally, I think the Honda Civic sedan is one of the more handsome sedans, regardless of price, on sale today. The Civic Hatchback improves on it, and adds rooms for dogs, tires, or birdseed. All for well under $30k and with a 40-mpg highway rating, even under 2017’s more stringent testing standards. Who’s ready to party like it’s 2005?

Spy Shots of the Honda Civic Si and the Waldorf Astoria’s New Lamborghinis: The Evening Rush

Plus, a frigid Yeti Hopper 12 cooler and Ball & Buck shorts.