When an 'or similar' rental car doesn't cut it in the car film-making business. 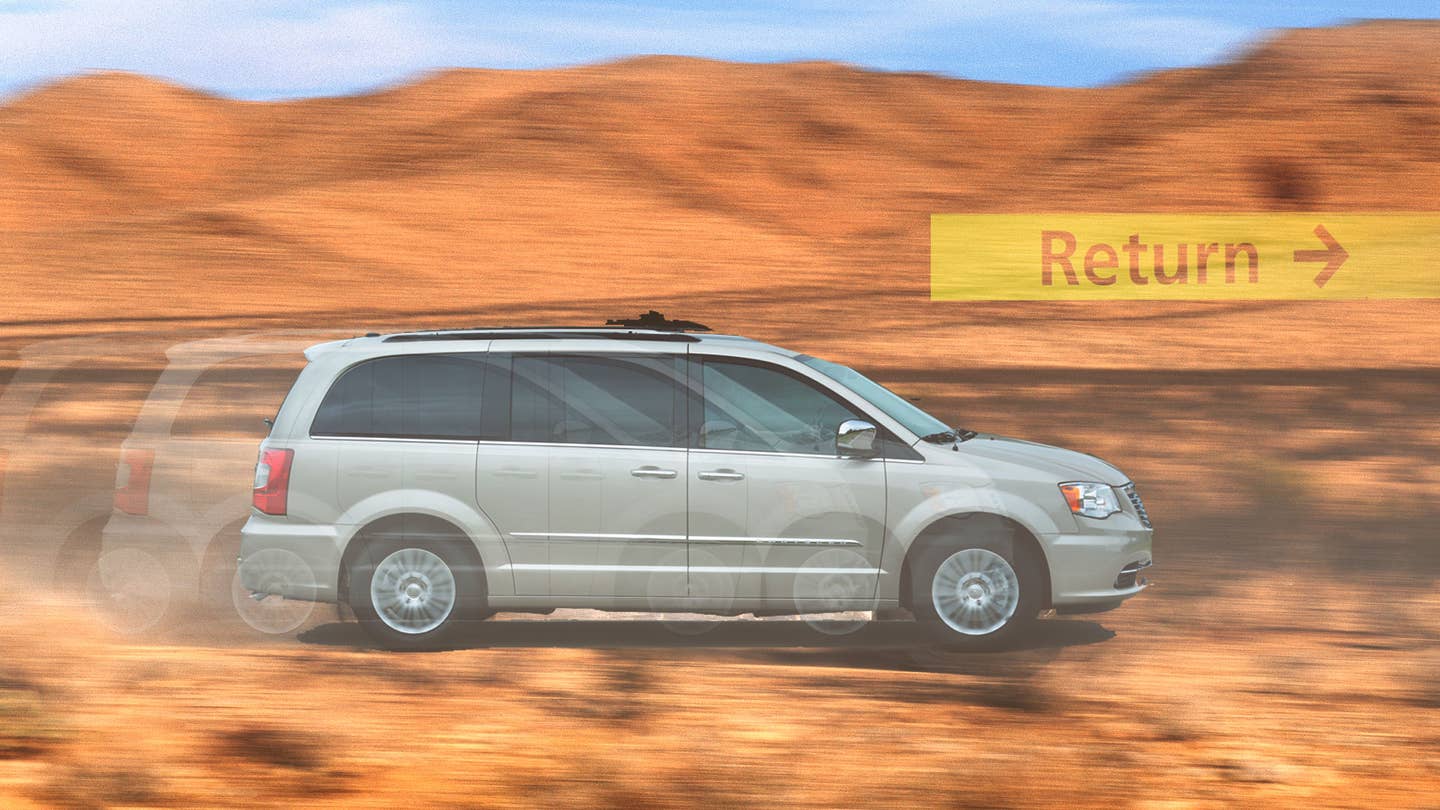 Shoots are hard stuff. Days are long, temperatures can run high, and one of our produced pieces can be create about the most abusive conditions a car can see in its entire life. That’s when the real heroes, separated from the weak and weary, are made. “Or similar” performance just won’t cut it.

I’m talking, of course, about the rental cars we use as camera tracking vehicles. Rental cars are an integral part of my life making these films, and we never discuss them unless something goes horribly wrong. Which, in case you haven’t figured it out, is why I’m bringing it up now.

As we travel around the world making films with sports cars old and new, we spend a lot of time and energy focusing on the car as the hero of the film. The detail shots, locations, timing for perfect light—all of this presents the car, hopefully, in an ideal world. And if we do our jobs well, the ideal world should appear easy and natural, when in reality, that’s not always the case.

If you rent a car and request a “Hyundai Sonata or similar,” ending up with a Chevy Malibu doesn’t really change anything. Sure, maybe you specifically wanted a Hyundai Sonata, but a Malibu serves exactly the same purpose: carrying four (or five) people and their stuff around.

Ninety percent of the time, the perfect filming vehicle for a crew of our size is a Chrysler Minivan. We rent at least three dozen Chrysler Minivans a year, and by far, this is the finest crew vehicle around for basic road or racetrack shoots.

It has the best chassis, the best manual gear selector, plenty of power, and its brakes will last at least six laps of a two-mile road course at a full clip. The perfectly slab-sided body ensures you can mount cameras nearly anywhere, and we've developed entire filming methods and custom camera-rigging gear based around these cars. You wouldn’t believe the things we’ve done on racetracks in Chrysler minivans. Most people don’t appreciate the art of camera car driving, but my crew takes pride in it. All the members of my film crew are amazingly competent racing drivers behind the wheel of a Chrysler Minivan.

"Our rental camera vehicle, as of this writing, sits in a Denver hotel lot looking absolutely a shambles."

This isn’t a commercial for Chrysler, I swear. I’m just saying that if you're renting a car and have a need beyond just driving around a bit, specifics are important, and can be the difference between my film crew returning a pristine rental car and one that’s been absolutely trashed.

I like Enterprise because they let me choose a car from the lot, always ensuring I get a Chrysler Minivan in good shape and with fresh tires. I’ll first spend ten or fifteen minutes looking around the lot at a few vans; the lot attendants think I’m insane, though aren’t generally bright or motivated enough to realize they maybe should make a note to check the vehicle a little more carefully on my return.

In the last ten days, though, I’ve been on shoots in North Carolina and Colorado, in which our rental vehicle was acquired elsewhere, forcing us to roll the “or similar” dice. And both times, we got fucked.

Landing at Atlanta’s Hartsfield-Jackson Airport, we had reserved a Toyota 4Runner “or similar.” The intention was to take three people, six camera cases, three suitcases, and three backpacks some two hundred miles into the North Carolina side of the Smokies to spend a day with racing driver Leh Keen and his absolutely brilliant 1981 Porsche 911 Safari rally car, which we will discuss in its own column. Our trip included a lot of camera gear and significant off-road driving. The 4Runner is unique in that it possesses off-road capability, lots of ground clearance, RWD-based architecture, and—most importantly—a rear window which rolls down so a cameraman inside the vehicle can shoot out the back without having the tailgate open.

Directed to space number 330 in the offsite rental lot, we found what this particular rental agency considered “similar” to a Toyota 4Runner: a 2WD Dodge Journey. Now, I understand that both of these vehicles will carry five people, and that they are approximately the same size, but "similar" they are not. If you’re handing out crossovers, why on bloody earth would you advertise it as being “similar” to a 4Runner, one of the most capable off-road trucks in the segment? A Dodge Journey offers, basically, none of the things we wanted from our 4Runner, and is frankly one of the most miserable new vehicles I’ve ever driven or spent time in. The engine is weak, the steering is more numb than Charlie Sheen’s face, and the worn all-season tires showed every bit of that particular Journey’s, 20,000-mile, well, journey.

The chase cam stuff was the worst. That’s when the camera chase car follows the subject vehicle with cameras mounted on the nose. The Safari 911 spun its BF Goodrich All-Terrain tires in first and second gear like a gravel machine gun, and the Journey’s front bumper did not survive. Then came the follow cam stuff, which is where the subject car is in back, chasing the camera car. The driver of the Journey kept up an unbelievable pace, but every crash on the bump stops could be heard from a quarter-mile away. We were lucky not to destroy the oil pan. In slower sections, the Journey struggled to get traction going uphill and got noticeably less steady on the return trip to the airport, laden with six hundred pounds of human and another four hundred of luggage.

A basic 4Runner, even a rear-wheel drive one, would have fared much better; it would have been able to stay closer on the rough sections, not taken nearly as much abuse, and frankly, would have helped produce an even better film.

Then it was straight to another large-scale shoot in a far corner of the Pacific Northwest. These shoots can be huge undertakings by a very small and somewhat ragtag group of miscreants who practically grew up with each other, and each shoot gets bigger and more difficult. My old friends Chris Harris, Mike Spinelli, and I hit out on a long off-road, uphill journey in three cars. I like my job, so I can’t give away the story, what those cars are, or anything else about it, but suffice to say we had to cover a reasonable distance on tarmac and a reasonable distance on public dirt forest roads.

But what I can talk about is our rental camera vehicle, which, as of this writing, sits in a hotel lot looking absolutely a shambles.

We needed a large SUV to hold two producers, two cameramen, and a significant amount of camera equipment. We needed four-wheel drive, obviously, and a decent amount of ground clearance. A roof rack would be helpful for some of the luggage. And since we planned to be at very high altitudes off-road, and could encounter a tow situation, the power of a V8 engine. A Chevrolet Tahoe fit the bill perfectly, and earned bonus points for its “Liftglass” pop-up rear window, making life much better for that particular camera operator.

We rented a Chevrolet Tahoe “or similar” at the airport. But when we arrived to our assigned space, what vehicle did we find to carry the film crew to victory on our big off-road adventure? A 28,000-mile 2016 Nissan Pathfinder; the new, unibody one. With a transverse V6. And a CVT.

If I were a producer, I would have marched back to the rental counter and argued the merits of calling a Pathfinder “similar” to a Tahoe, but by the time I arrived on scene, the Pathfinder was already at the hotel.

There was a time that the Nissan Pathfinder made for an excellent off-roader. Most of its life, in fact, the Pathfinder was a rugged, sturdy truck that could hold its own against anything south of a Wrangler.

Those days are no longer, my friend. The new Pathfinder is a sorry beigemobile, not even deserving of its name. Fucking thing couldn’t even get up paths that were already there, let alone find new ones. First, the 3.5L V6 coughed and wheezed, struggling to make any kind of power at all over 10,000 or so feet; then, at the 12,000-foot mark, it refused to make any power at all. The CVT stopped engaging properly about the same time. On the next off-road section, a rock strike took both rear exhaust hangers out and we had to use tow straps to hold the exhaust in place for the better part of 24 hours. Every single low-profile wheel was damaged while off-roading in a field of softball-sized rocks. The alignment is now 10 degrees off, and the paint is 100 percent fucked.

Again, none of this would have been an issue if we simply got the Tahoe we requested. Or even last year’s Pathfinder. But someone at this rental agency thinks that a Dodge Journey is similar to a Toyota 4Runner, and that a Nissan Pathfinder is similar to a Chevrolet Tahoe.

The good news is that we’ve finished shooting these two films, and they are both going to be good. The other good news is that we always get full insurance on the cars, and they will probably get fixed, and life will go on. But in the future, if you promise to simply rent us the cars we ask for—because we ask for them intentionally—I promise to not completely destroy your cars when they aren’t remotely up to the tasks we ask of them.