“Hellcat” is a verb now, so we should use it more often. Like right now. 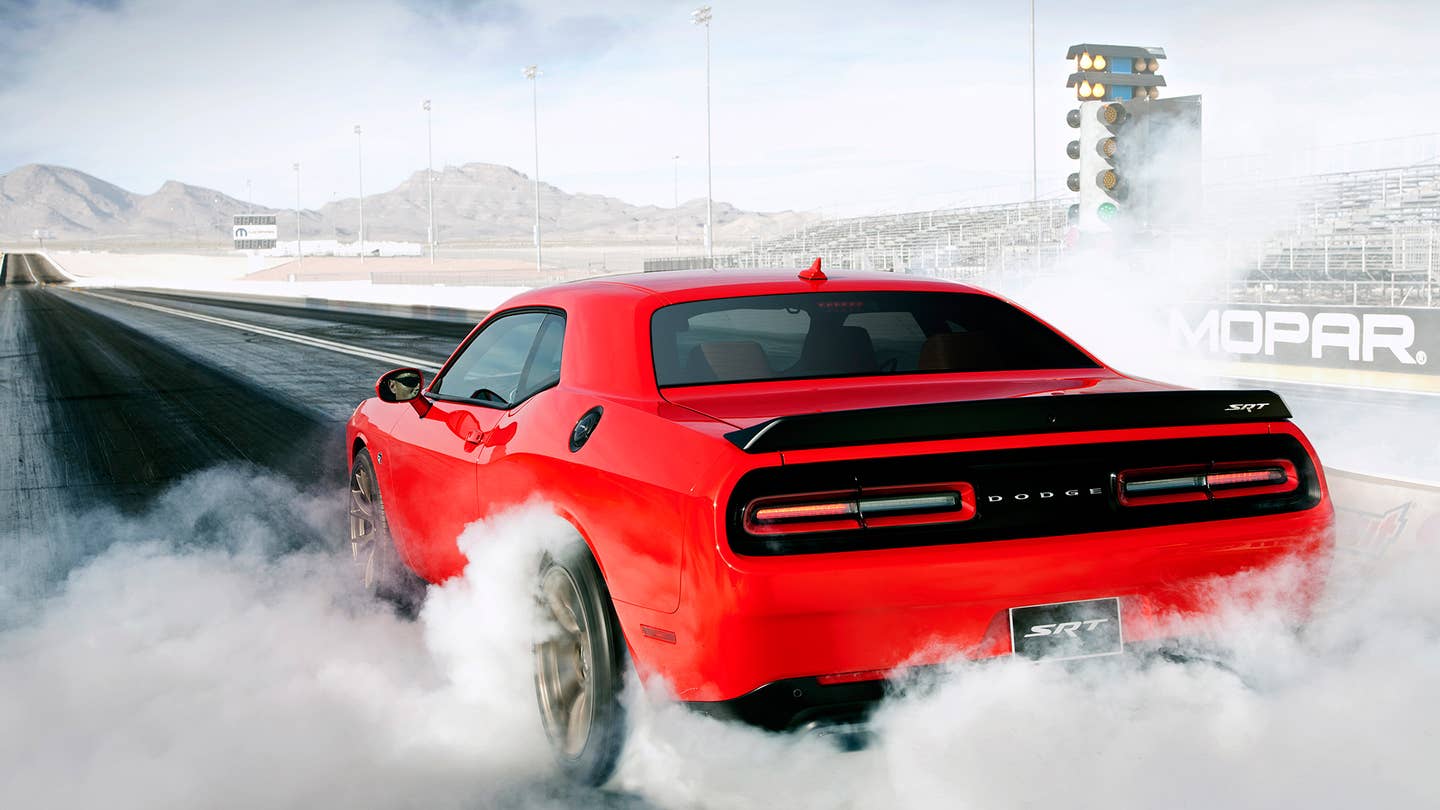 As the great American boy-philosopher Calvin of Calvin and Hobbes once mused, our culture has a particular predilection for turning nouns into verbs. For example, he said, access was once something you had; now it’s something you do. “Verbing,” as he put it, “weirds language.”

That habit has only accelerated since the Internet became the primary source for dialogue and cultural expression. Nowadays, we flip nouns into verbs with the ease of a line cook making griddle cakes—and half the time, we don’t even bother de-capitalizing the proper noun we’re verbing. We Snapchat, we Instagram, we Facebook, we Tinder, we Slack, and we Google—all without giving the terms a second thought.

And, in the automotive world, we Hellcat.

Well, we don’t. Fiat Chrysler Automobiles does. Since FCA first revealed its 707 horsepower supercharged V8 in 2014, “to Hellcat something” has become one of the most exciting verbs used by the Mopar faithful. SRT is going to Hellcat the Grand Cherokee! Ram might be planning to Hellcat the, er, Ram! Jeep Hellcatted the Wrangler, just for Moab Safari giggles.

But unlike many other instances of denominalization, as the English majors call it, using “Hellcat” as a verb isn’t just a way to sound hip and young. It refers to cramming a very specific, very potent engine into a car. Which is an idea The Drive can always get behind, no matter what term you use for it.

In fact, we’d like to see FCA Hellcat even more cars. While the automaker has slotted the engine into a couple of production cars and a handful of concepts in recent years, there are still plenty of vehicles in the FCA lineup that have gone un-Hellcatted. So we pulled together a list of five other products under its corporate umbrella we’d like to see FCA cram that awe-inspiring, blown eight-pot into.

(Note: While this is obviously a flight of fancy, we tried to keep things at least a little realistic when it came to engine packaging. So don’t expect to see any Hellcat-powered Fiat 124 Spyders or Alfa Romeo 4Cs on the list.)

If anything, the Durango may be even more deserving of Hellcatting than its Grand Cherokee cousin. The Jeep already offers an SRT performance model whereas the Durango tops out at the R/T level. It has seating for seven, thus allowing those 707 horses to be shared with more people. And when you look at them side by side, it’s hard not to argue that Dodge’s SUV looks a damn sight better than the big Jeep.

Compared with the Challenger and Charger models with which it shares its bones, the Chrysler 300 SRT has gone somewhat neglected over the last few years. What better way to address that than by throwing 707 horses under the hood? With a simple engine swap Chrysler could vault the 300 back to relevance and make the Cadillac CTS-Vlook wimpy by comparison in a single go. Win-win.

Yes, Ram may already be planning to cram the Hellcat into one of its trucks. But that SRT-spec rig might as well be a tire-smokin’ short street machine, like the dearly departed Ford F-150 Lightning of old. Pop the feline from Hades under the Power Wagon’s hood, though, and you’ve got a four-door, heavy-duty pickup made for off-roading that can also embarrass most performance cars when the light turns green.

Mercedes-Benz offers two AMG S-Class sedans. BMW is now serving both M and Alpina versions of the 7 Series. Audi doesn’t even offer a regular S8 anymore—it now skips straight to the S8 Plus. But all of them would bow before the might of a 707-horsepower, all-wheel-drive Quattroporte.

Here’s where things get fun. Obviously, the 6.2-liter Hellcat motor is never going to fit in the tiny Fiat’s engine bay. But it doesn’t have to. All FCA has to do is pull a Renault 5 Turbo, i.e. yank out the 500X’s current engine and back seats, stick the Hellcat behind the driver and passenger, then redesign the rest of the car around that. Sure, it’d be a shitload of work…but think about how amazing the result would be on a dirt road.