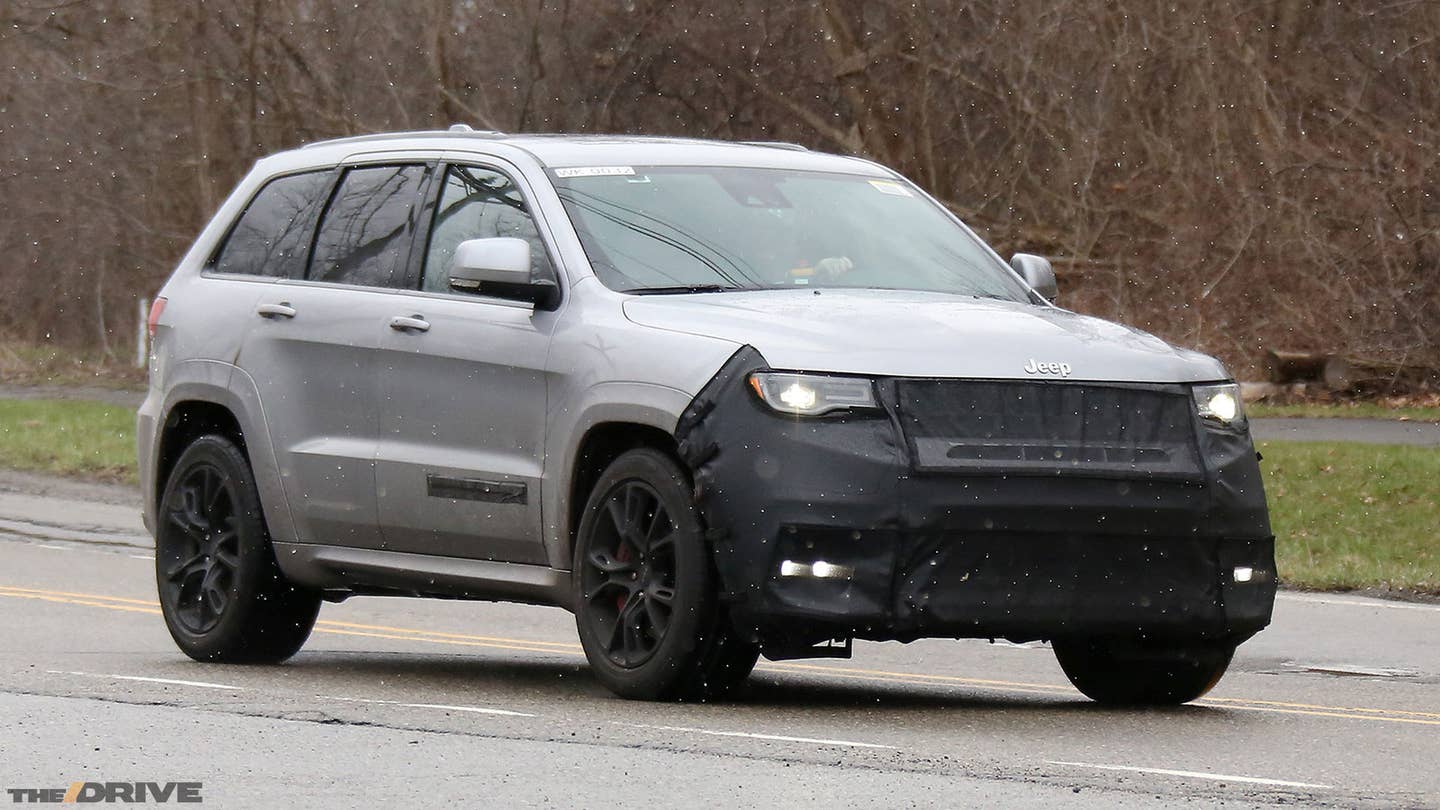 Jeep's Hellcat-powered Grand Cherokee, reportedly destined to be called the "Trackhawk," has been caught in the wild yet again—and this time, it looks damn near for production.

While most of the body appears to be shared with the regular ol' naturally-aspirated Grand Cherokee SRT, a close examination by The Drive's crack team of photographic analysts reveals a couple differences hidden beneath the Jeep's dark fabric mask. There's a new supplementary air intake below the grille, presumably to help satisfy the supercharged motor's prodigious appetite for air. And the fog lamps have been lowered from mid-way up the front fascia down to the restyled air intakes located in front of the wheel wells.

Jeep CEO Michael Manley, who presumably scored the top job at Jeep because of his last name, confirmed at this year's Detroit Auto Show that the brand would indeed be slapping a Hellcat V8 under the hood of the Grand Cherokee. At the time, Manley stated that he intended to bring the Hellcat-powered Grand Cherokee to showrooms "by the end of 2017." That was half a year after Jeep reportedly showed a prototype version of the Hellcat-powered Grand Cherokee to dealers in August 2015...which in turn was several months after Fiat Chrysler trademarked the name "Trackhawk." So yeah, this has been in the pipeline for a while.

That said, considering how far along the Jeep in these pics looks, we can't help but wonder...guys, why do we have to wait so long?