These Are the Insane Jeep Cherokees of Davis Autosports 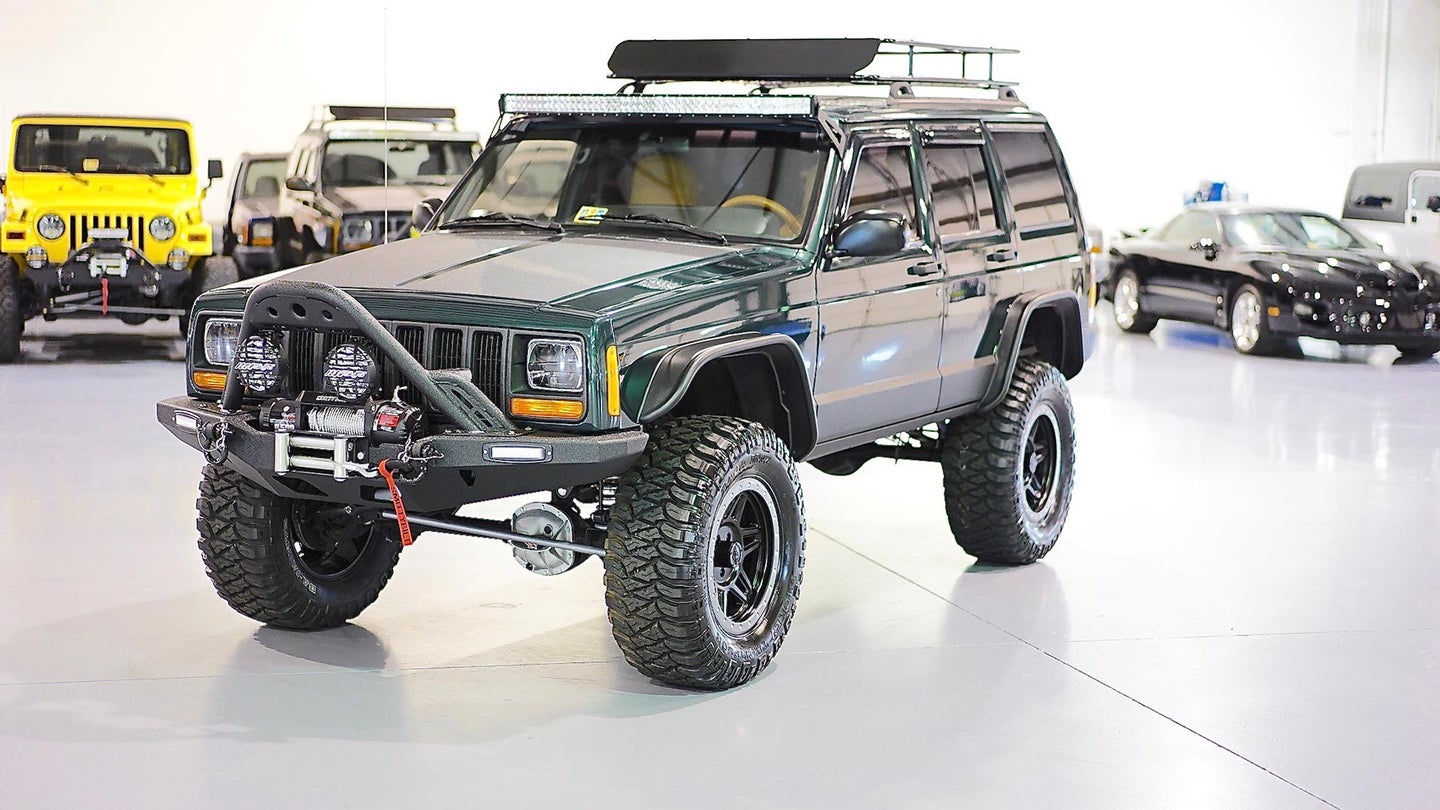 When you think of insane restoration and modifications companies names like ICON 4x4 and Classic Ford Bronco come to mind, but you really should be thinking about Davis Autosports.

Founded in 2010 by Jonathan Davis in Richmond, Virginia, Davis Autosports are Jeep Cherokee XJ experts. The first car Jonathan owned was a 1997 Jeep Cherokee Country edition and right off the bat, he fell in love with the XJ platform. Everything from the inline-six to the boxy dimensions, the Cherokee was truly something special and Jonathan realized that.

Fast-forward 13 years to when Jonathan opened Davis Autosports and began running a solo operation. Sourcing pristine original Jeeps from all over the east coast, Jonathan started small, then expanded his staff. That's when Davis Autosports began to turn into something truly special.

To find their ideal Jeep, customers can go to the website and select one of six different “stages.” From minor suspension and cosmetic modifications to complete LS engine swaps and restorations, Davis Autosports will work with you to build the perfect jeep. Although each stage serves a slightly different function, Jonathan told The Drive that the most common stages are stage 2 (14-20k including XJ) and stage 3 (18-22k). Before the rise of social media, Davis Autosports was a name only known by small groups of Jeep Cherokee enthusiasts but thanks to the modern age, Davis Autosports is now indexing 15-20k on Google and attracting buyers from as far away as Dubai. This drastic increase in interest has allowed this Richmond, Virginia based build shop to expand their operations all across the country and their popularity has gotten so large they currently have customers offering to place deposits on builds that haven’t even started yet.

With an almost obsessive attention to detail, Davis Autosports has become known for producing extremely clean builds that allow even the most novice car person to remain worry free. Rather than spending 70-80k on a rebuilt Bronco, customers can invest 20-30k in a completely restored and modified Cherokee and have plenty of money left over (to buy more cars of course). On the phone, Jonathan was the first to admit that some of his vehicles will rarely see any offroad action, but he assured The Drive that each build will start up when you want it and confidently handle the task at hand. That being said, these Jeeps are plenty competent offroad.

Now that Davis Autosports has been able to expand their operations (they currently have 37 XJs in rotation), they are starting to fabricate their own parts. From bumpers to headers, they are shooting to be the one-stop-shop for XJ enthusiasts. Their latest edition to the XJ stages is their LS engine swap options. Customers can choose from a 5.3, 6.0 or 6.2-liter engine that will neatly fit in the engine bay and provide the much-needed boost in horsepower many offroaders lack.

If you gravitate toward the original XJ, Davis Autosports still source and sell flawless XJs with as little as 9,000 miles. Thanks to their wide net of contacts, Davis Autosports doesn’t have to look too hard to find the perfect XJ. Jonathan told The Drive he is constantly emailed by XJ owners who are looking to sell their XJ to another enthusiast.

Looking to the future, Davis Autosport is currently working on some very cool body modifications (think JK style modifications) that are bound to get enthusiasts excited in the coming months. In addition, they are wrapping up a new website (www.DASJeeps.com) that will sell Davis-exclusive parts like headers, suspension, bumpers, and so much more. Long story short, this place is heaven for the XJ enthusiast.

The Ford Ranger, Bronco Are Coming Back—As Are the Jeep Wagoneer and Grand Wagoneer

And there’s a new Jeep pickup truck coming, too.

It looks like we’ll have to wait a little while longer for FCA’s big boys.

Because who doesn’t love a good special edition?

The JK-generation has a few more surprises left to give.