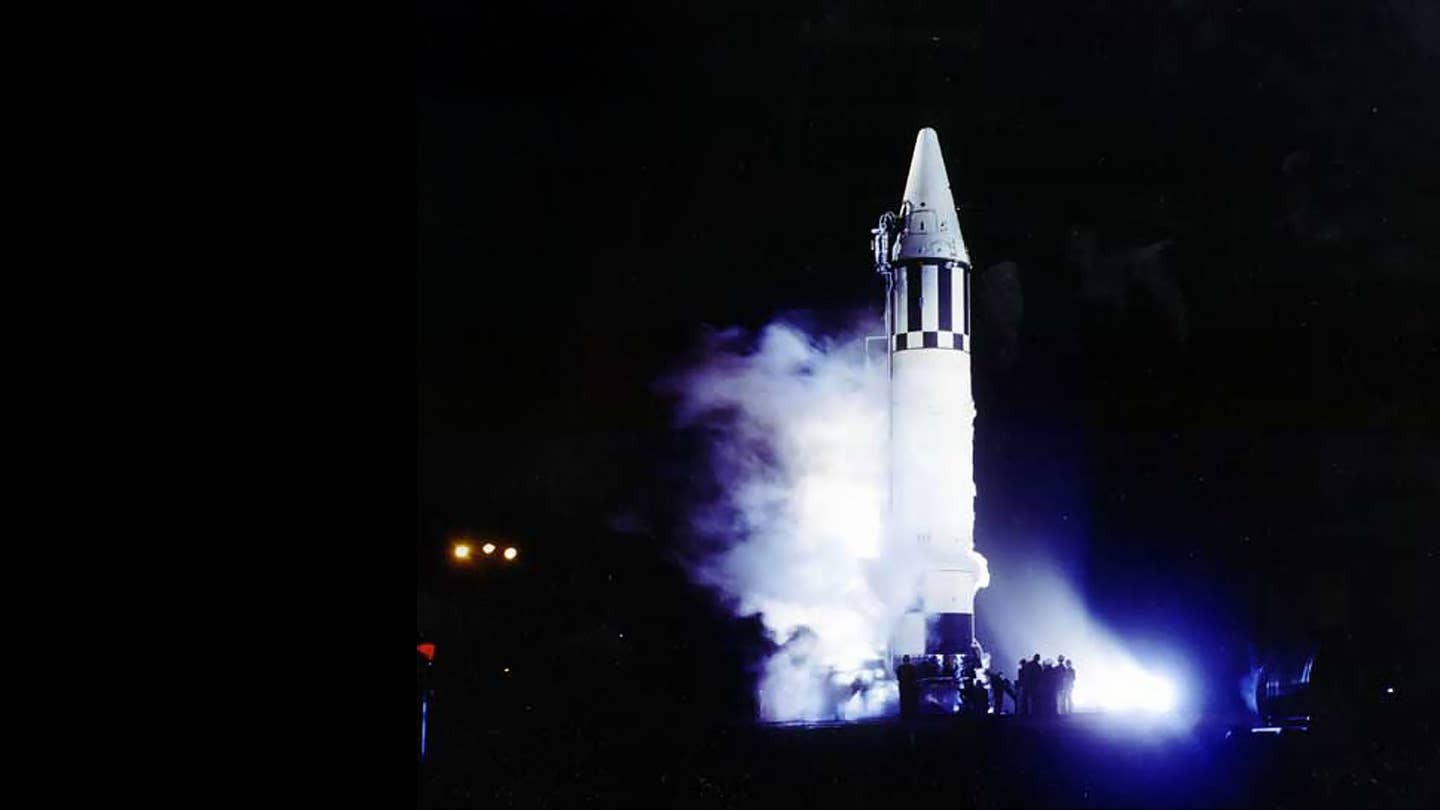 PGM-19 Jupiter. Remember the name. It’s one of the fastest things Chrysler ever built, a nuclear-capable intermediate range ballistic missile (IRBM), with a cutoff velocity of Mach 13.04. It was the towering predecessor to America’s modern nuclear arsenal. It put our first monkeys in space while its liquid-fueled engines put heat into the Cold War, and kicked off the Cuban Missile Crisis.

Led by President Kaufman Thurman “K.T.” Keller, Chrysler was a wellhead of war-making materiel during World War II. It built Pershing and M-series tanks at the “Arsenal of Democracy,” 40-mm anti-aircraft Bofors guns, radar systems, the Wright Cyclone engine for the B-29 Superfortress, plus the Weapons Carrier that morphed into 38 variants and, by ex-GI demand, turned into the post-war Power Wagon. And that’s just for starters.

Jupiter IRBM development had all the spy thriller tropes. The Army, Navy, and Air Force fought over it like sorority girls trying to timeshare the last jock on Earth, then none of them wanted it. It was only approved after the Russkies launched Sputnik, and the U.S. suddenly had to pull its pants up. Wernher von Braun, der Rocket-Meister, led development—at first in secret, because the program had been cancelled, and not without other controversy. That wouldn’t have surprised President Eisenhower, who didn’t trust any of the German rocket scientists secreted out of Germany after VE Day and whisked back to the U.S. in Operation Paperclip. The Sputnik-Jupiter episode helped get President Kennedy elected. The Jupiter got banished to deployment sites in Italy and Turkey. It was shut down after just five years.

Von Braun did clandestine work on the Jupiter believing that it could power space exploration. He was right. Arguably the fastest thing Chrysler ever built was the first-stage, eight-engine booster for the Saturn I-B rocket, which used the Jupiter’s liquid oxygen tank and was known by the men who worked on it as the “Super Jupiter.” It launched two Apollo and three Skylab missions among others. It never failed.

Chrysler would put its fingerprint all over five missile programs, from the Redstone in 1952 to the Redstone Mercury in 1961. In the go-go Sixties, the automaker paraded its triumphs in magazine ads and posters that touted it was “Serving America’s new quest for quality in cars and missiles.” Launch on Sunday, sell on Monday.

All this might take some of the audacious sheen off the non-nuclear Turbine Cars that Chrysler made in the early Sixties. But the President of Mexico running his Turbine Car on tequila? Still totally brassy.