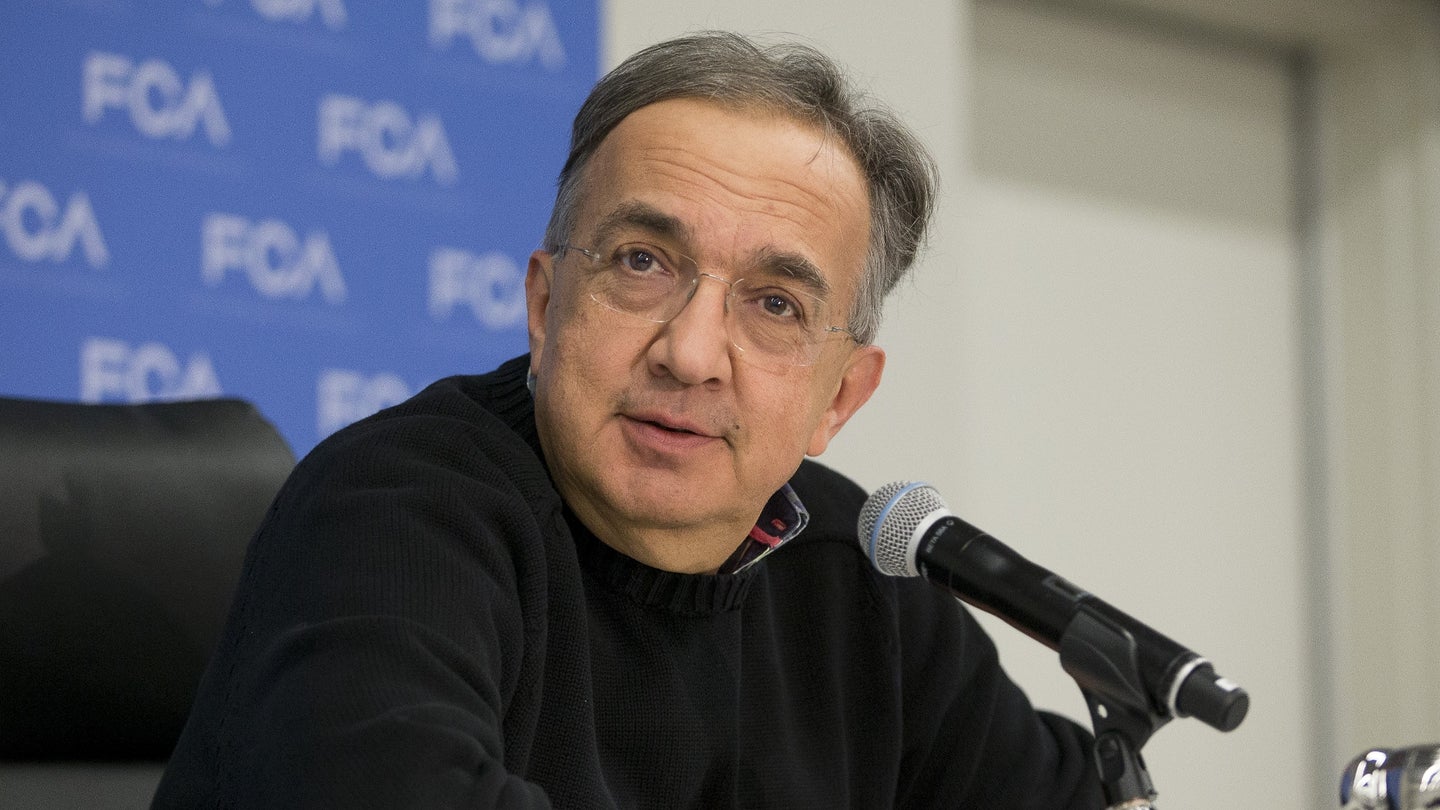 When asked if he’d consider spinning off Jeep and/or Ram into a separate company on Wednesday by Morgan Stanley analyst Adam Jonas during an earnings call, Fiat Chrysler Automobiles boss Sergio Marchionne simply answered “Yes,” according to multiple reports. The CEO declined to comment further.

So, what does that mean? It means Jeep and Ram, the two FCA brands that print money, could hypothetically be sold or made an independent firm (or firms) within the Fiat-Chrysler family. That’s what FCA did with Ferrari in 2015. After an initial public offering of $52 a share on the New York Stock Exchange, the majority of Ferrari’s ownership eventually went into the hands of the general public. However, Sergio is still the CEO and chairman of Ferrari, so it's still an FCA brand. Kind of.

Why would Sergio Marchionne want to spin off two of his most profitable brands? Theoretically, it could give Fiat Chrysler a chance to make bank on the initial public offering. This would seem to be a strange decision, however considering that would mean a single big influx of cash—as opposed to steady profits from two strong brands. It’s a move that could potentially be good for investors, but not great for FCA as a conglomerate.

The most damaging thing to FCA if it were to follow through on this plan, however, is what would happen to Dodge and Chrysler. Muscle cars and mid-level luxury cars (that aren’t crossovers, at least) aren’t super hot at the moment. A Dodge/Chrysler dealership without Jeep or Ram to prop it up would be an empty, depressing place no matter how many Hellcats and Demons are in the showroom. Unless Sergio has a big, secret plan for Dodge and Chrysler that involves a lot of trucks and SUVs, the two century-old brands could be in serious jeopardy.

However, Sergio tends to say a lot of silly things, so we may be reading into this too much. But we'll just have to wait and see.