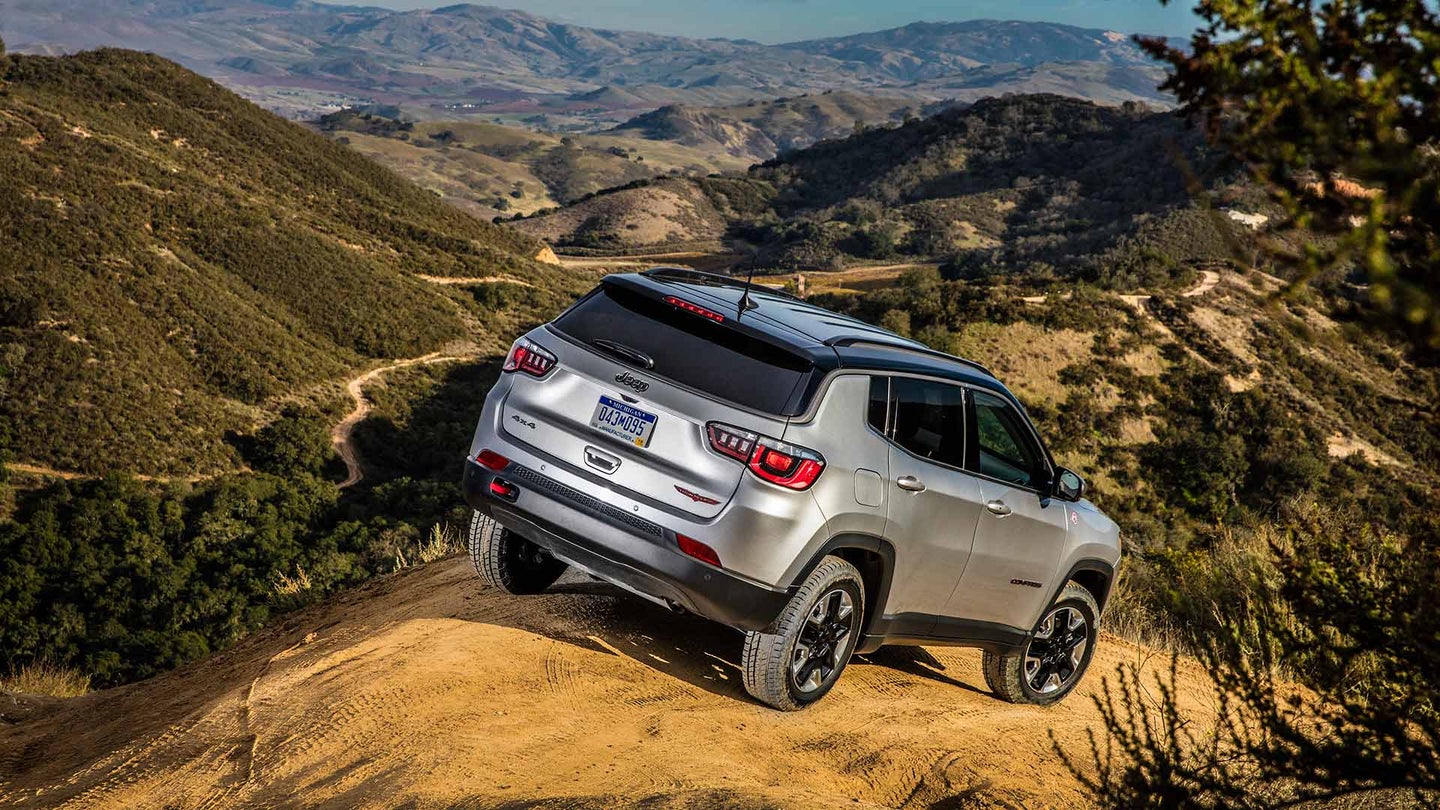 When visiting the auto show booth of a rough-and-tumble SUV maker such as Land Rover or Jeep, off-road demonstration courses are not unexpected sights. Usually, the courses are set up at or below the ability of the products in question—they are manufacturer-made marketing tools, after all.

While visiting Jeep's course at the New York Auto Show yesterday, CNET's Roadshow caught the new 2017 Compass biting off a little more than it could chew while attempting to climb the company's tallest, metal-grated hill in the rain. Reportedly, the Compass's tires started spinning halfway up the hill, forcing the driver to bring it back down. Undeterred, the Compass gave it another go, this time with more speed. It got a little further than its previous attempt...but ended up spinning its tires again.

"The driver hit the brakes, and the car began to slide downward, at an angle, coming perilously close to metal guardrails on both sides," writes CNET.

Apparently, Jeep stopped taking its, uh, jeeps up this particular hill after this tiny fiasco.

Despite yesterday's literal slip-up, I'm sure the Compass is a perfectly fine off-roader. The new-new 2017 Jeep Compass is available in dealerships this spring.