The Holy Trinity of 1969 Dodge Chargers Is Up for Sale, But You’ll Have to Buy All Three 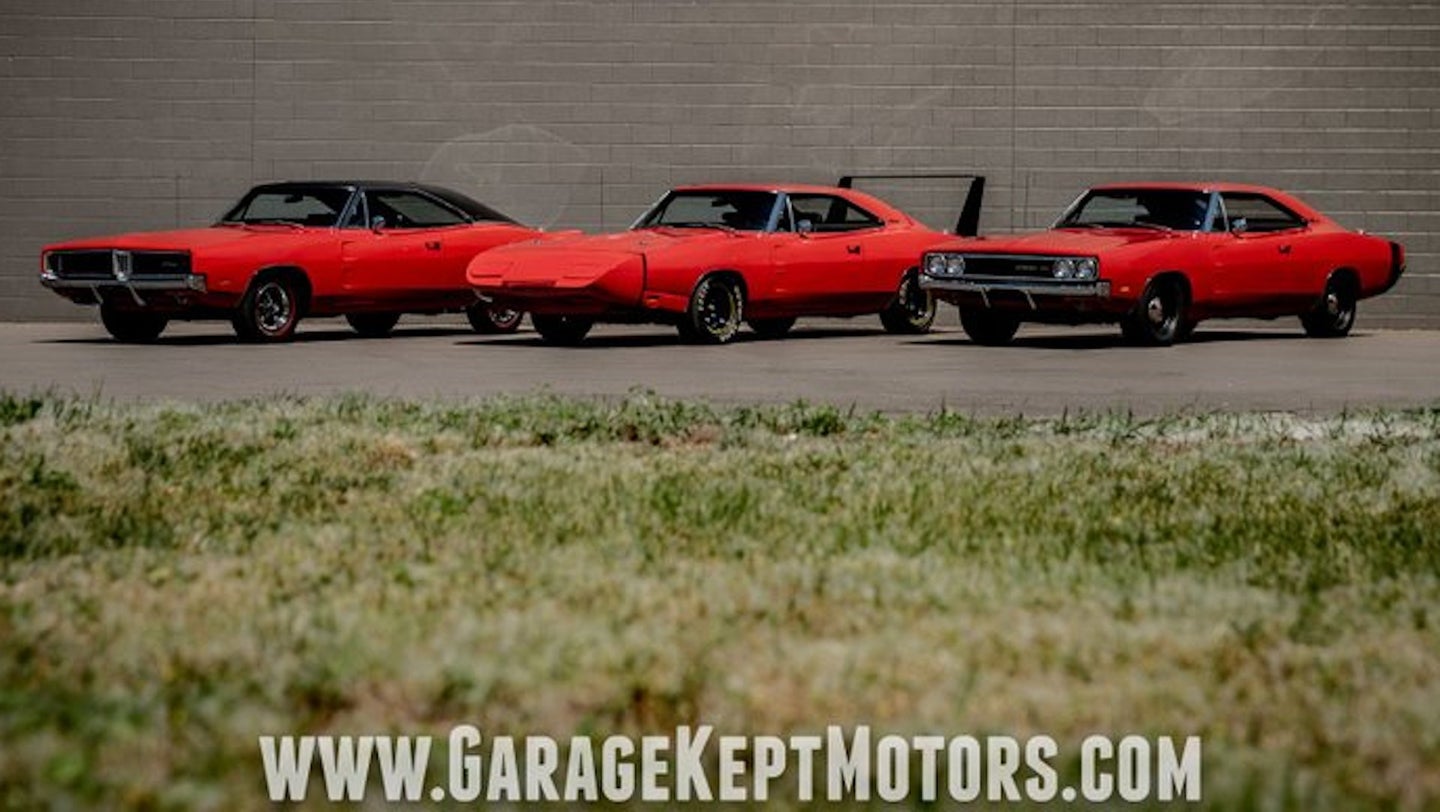 Watching hours of classic car auctions on television can turn anyone into a jaded auto critic. It's almost normal now to see super rare cars like the Dodge Charger Daytona and Charger 500 up for sale or auction because they both regularly cross the block for mega bucks with oohs and aahs from the crowd. Even the most battle-hardened enthusiast can appreciate what we have here, though, because it's a true spectacle. There are three all-original 1969 Dodge Chargers up for sale: a Dodge Charger R/T SE, a Charger 500, and a Charger Daytona. All you need to take them home is a three-car garage and $420,000 because they're only available as a trio.

Each of the cars is special in its own right. The Charger R/T SE has hidden headlights and came from the factory with power windows and that sweet vinyl top. The Charger 500 is rare—like, just 392 ever made rare—and was a road-going reflection of Dodge’s attempt to prep a B-body car for competition in NASCAR. Then there’s the Charger Daytona, one of the most recognizable cars on the planet. It’s quite rare also, as only 503 were ever built for its single model year.

All three cars are said to come with the same 375-horse, 440-cubic-inch V8, all three have automatic transmissions, and all of them come wearing the same R4 Charger Red paint.

Is that enough to justify the $420,000 price tag, or $140,000 per car? Two different Charger Daytona auctions took place back in January, and both sold for over a quarter-million dollars each, according to Hagerty. That doesn’t take into account oddball sales, like David Spade paying $900,000 for one back in 2015, probably to relive his Joe Dirt days. Charger 500 auctions have seen sale prices well into six-figure territory as well. Those two cars justify the sale price, leaving the R/T as icing on the cake.

Maybe stash the Daytona and 500, and drive the R/T.

For Sale: Number-Matching 1969 Dodge Charger Checks All the Right Boxes

The iconic muscle car—at a price you can probably afford.

Charlotte Motor Speedway is also a test site while NASCAR’s R&D Center is donating its own 3D-printed PPE.