Most of the HR-V’s competitors from Toyota, Ford, Mazda, and Hyundai offer something more interesting on top of the base model. That won’t be the case here.

As the 2023 Honda HR-V hits dealerships this month, it’ll join cross-brand competitors from Mazda, Hyundai, Ford, and Jeep. But whereas those models all offer additional trims or engine options that make them more exciting for certain buyers, Honda has no current plans to spice up the HR-V. Not until its customer base wants something a little more interesting, that is.

In the effort to vie for those tiny trucklet bucks, automakers have spent the past few years making their offerings more specialized and compelling. Mazda shoehorned is a 2.5-liter turbocharged engine under the hood of the CX-30 crossover, making it quicker than it has any right to be. Hyundai made a super hotrod version of the Kona as the Kona N. The Ford Bronco Sport is a solidly capable off-roader with multiple different optional trims, and Jeep sells off-road-oriented Trailhawk trims of the Renegade and Compass that are pretty impressive rigs for the type of vehicles they started life as.

But the 2023 HR-V has none of that. Across the three trims offered at launch, it offers a merely adequate 2.0-liter four-cylinder engine, and, well, that’s about it. During the media preview drive event, I found the 2.0-liter’s 158 horsepower to be fine—certainly an upgrade over last year's slow, 9.5-second, all-wheel-drive, zero-to-60 time from the outgoing 138-hp engine. Still, I knew that some buyers in search of a genuinely quick crossover would be disappointed by the HR-V’s unexceptional performance. I had to know, were there plans for any sort of faster or more off-road worthy HR-V?

In short, not really, and it’s because HR-V buyers are apparently completely uninterested in all that stuff.

Quincy Tam, Honda’s senior product planner, explained that HR-V buyers liked the old car’s performance. HR-V owners want to “feel economical, but not excessive,” he said. They want a car that doesn’t feel like “too much.”

(“Honestly, I was surprised at what HR-V owners didn’t want,” he also said. Perhaps he expected HR-V buyers to want more pizzaz.)

That philosophy carried over into the rest of Honda’s decisions on the HR-V, too. There won’t be an off-road-ready Trailsport version like with the Passport and Pilot, but Tam said that there will be sort of an "à la carte" Trailsport in the form of dealer-installed HR-V accessories. So, sure, some more specialized tires and cladding are cool looking, but that’s not the same as tangible suspension or AWD system upgrades to make a vehicle better off-road.

Curiously, the HR-V is also hybrid-only in most European markets. It seems a trifle odd that in Honda’s huge and very public electrification push, it doesn’t offer a hybrid version of the HR-V here in the United States, one of its most important markets. Tam said that the pricing of EV and hybrid models can be expensive, and for the entry-level buyer the HR-V is marketed toward, Honda isn’t sure if that buyer would be willing to spend the money.

Tam said that Honda is “closely watching the market,” so if HR-V buyers start demanding an off-road, faster, or hybrid HR-V, it will respond. But if new-generation HR-V buyers are as uninterested in all that as they were with the old car, then the HR-V will probably stay as it is.

I understand Tam’s reasoning, but I can’t help but feel like this might be a big misstep on Honda’s part. In this segment, buyers have a lot of choices, either for off-road ability, economy, or performance. The HR-V’s most direct competitor, the Toyota Corolla Cross, has a hybrid version making its way to the market shortly.

True, manufacturers make these decisions based on business interests. That’s why the U.S. got a car completely different from European HR-V, despite the two vehicles sharing a common platform, according to Tam. Since parts commonality and model simplification via a modular platform is a big part of Honda’s future, however, I can’t imagine that crafting a Hybrid HR-V would be too hard for the automaker. After all, the HR-V’s quoted 27 mpg combined fuel economy is already raising some eyebrows. 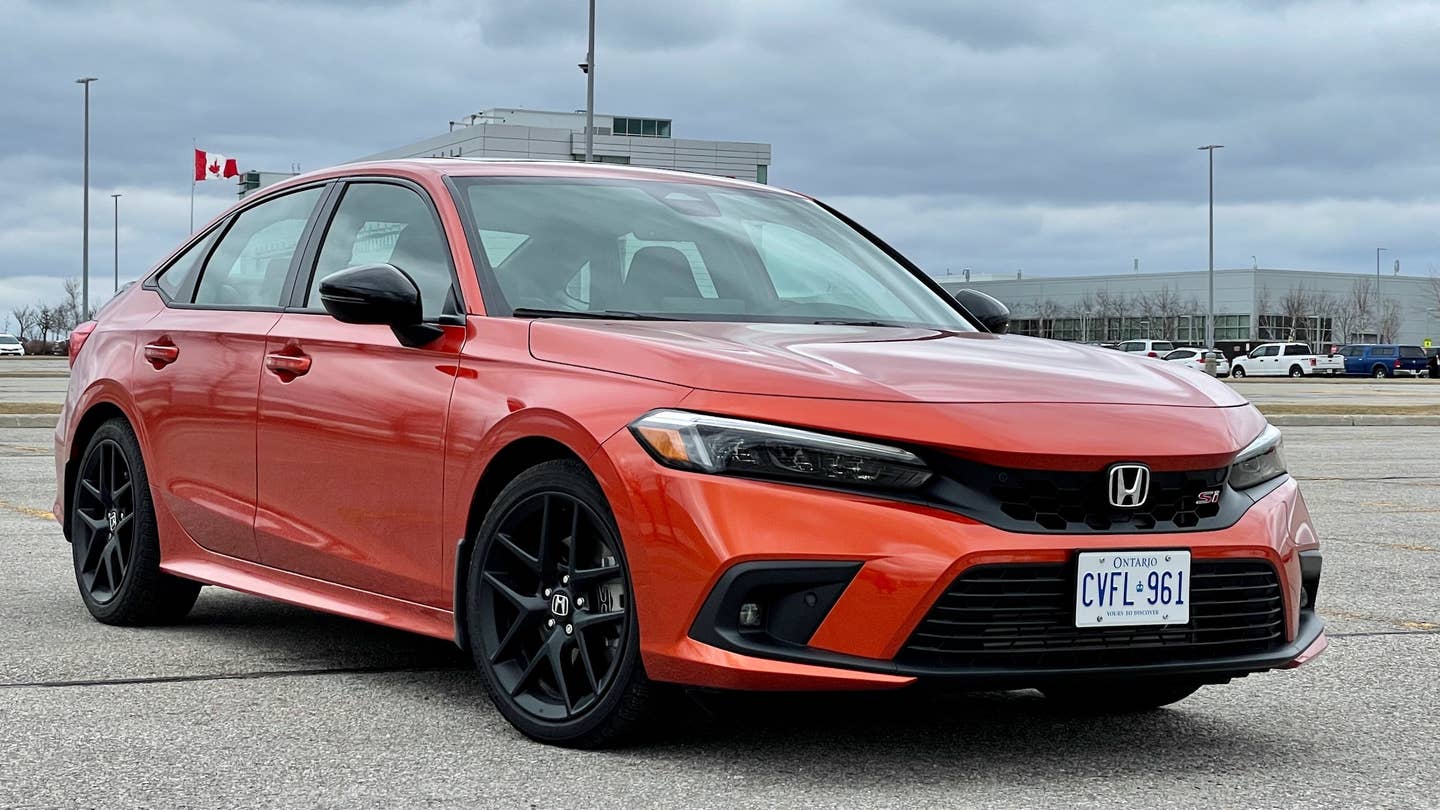 All the Canadian 2022 Honda Civic Si’s Features the US Doesn’t Get, Ranked

The Canada-spec Civic Si gets quite a few features the U.S. version does not. Here’s what you’re missing out on. 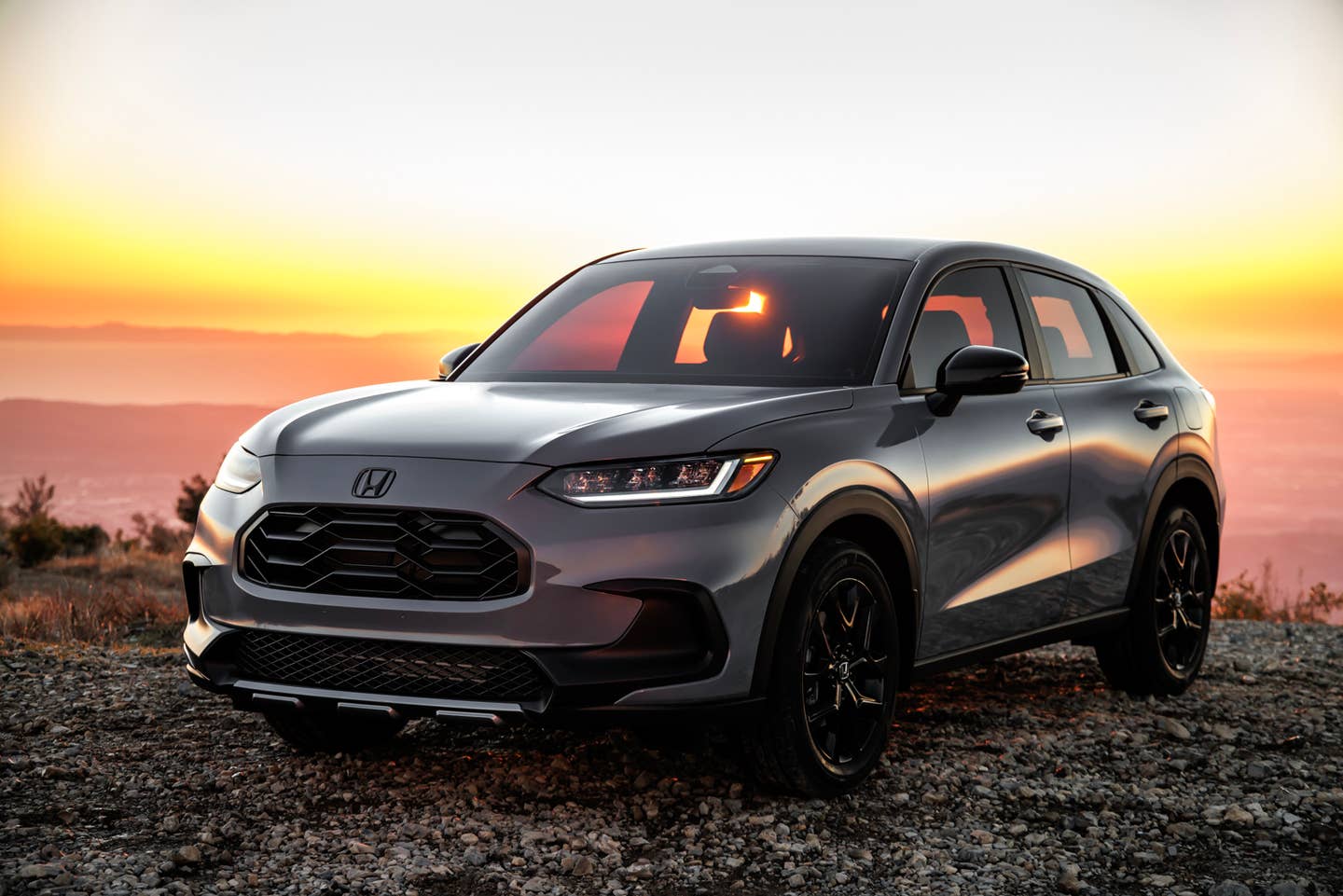 Can new styling and an upgraded engine make the Honda HR-V more desirable?