Limitations have a funny way of driving creativity. 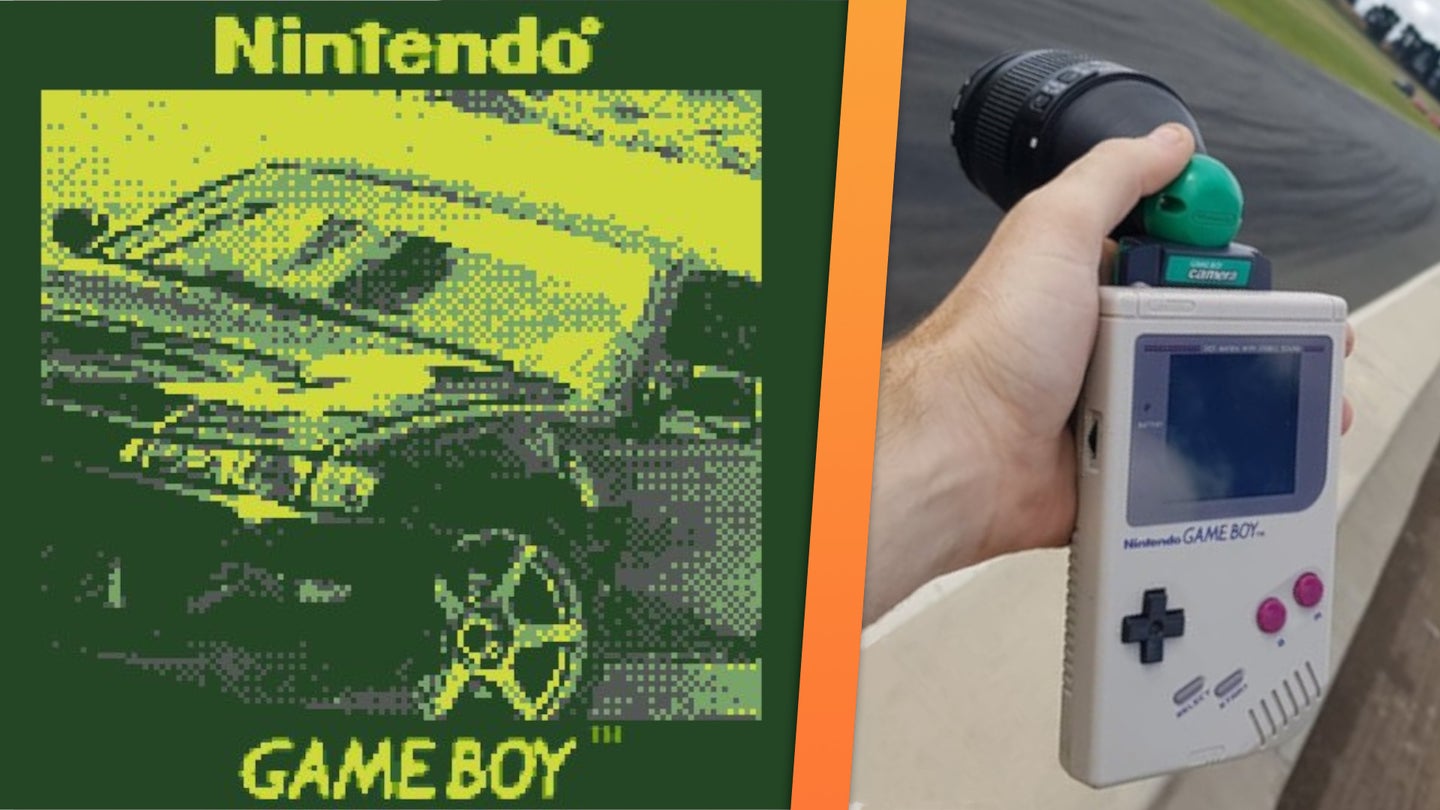 Typically, if you want to get into automotive photography, people will tell you to purchase a high-end DSLR and some quality lenses before you head out on a shoot. Conor Merrigan went a little off-book, however, instead choosing to show up to a drift event with a hacked Game Boy Camera in tow. Despite the meager hardware, he came back with impressive results.

The Game Boy Camera was released in 1998 along with the Game Boy Printer which printed out photos on thermal receipt paper. The camera takes four-color greyscale images at a resolution of just 128 x 112 pixels. Despite this, the camera has gained a cult following amongst the retro set over the years, who appreciate charms of its blocky pixellated output.

Stock, the weedy little lens on the Game Boy Camera isn't good for much. Instead, Merrigan used a 3D-printed adapter to fit a Canon DSLR lens to the camera instead, sharing the process on his YouTube channel. This provides more zoom for better long-range shots over the stock wide-angle lens, making it better for shooting automotive content. Along with a special adapter to get photos off the Game Boy and on to a computer, the rig is fit for the track.

Merrigan posted the photos on Instagram under the handle @conorsev07, where he shares drifting content and his own project cars regularly. The resulting photos are blocky, and are best viewed closer to their original postage-stamped size as they'd appear on a Game Boy itself. At large scale, the dithering is too obvious. However, when viewed under ideal conditions, the low-resolution and four-color images have a beautiful aesthetic, particularly in the green shades of the original Game Boy's screen.

While you're unlikely to find yourself scoring a press pass with a 30-year-old Nintendo console, it's fun to see the results that old-school equipment can put out with a few modern upgrades. We've seen similar builds pop up before too, such as at the 2018 Chinese Grand Prix and, rather fittingly, at the Radwood car show. There's always some fun to be had when experimenting with your craft, as these projects ably show.

The Secret Life of an Automotive Spy Photographer

Before heading into retirement, Brenda Priddy was part of the mysterious vehicle paparazzi scene.

Car theft turns into child’s play with a tool as sneaky as this.