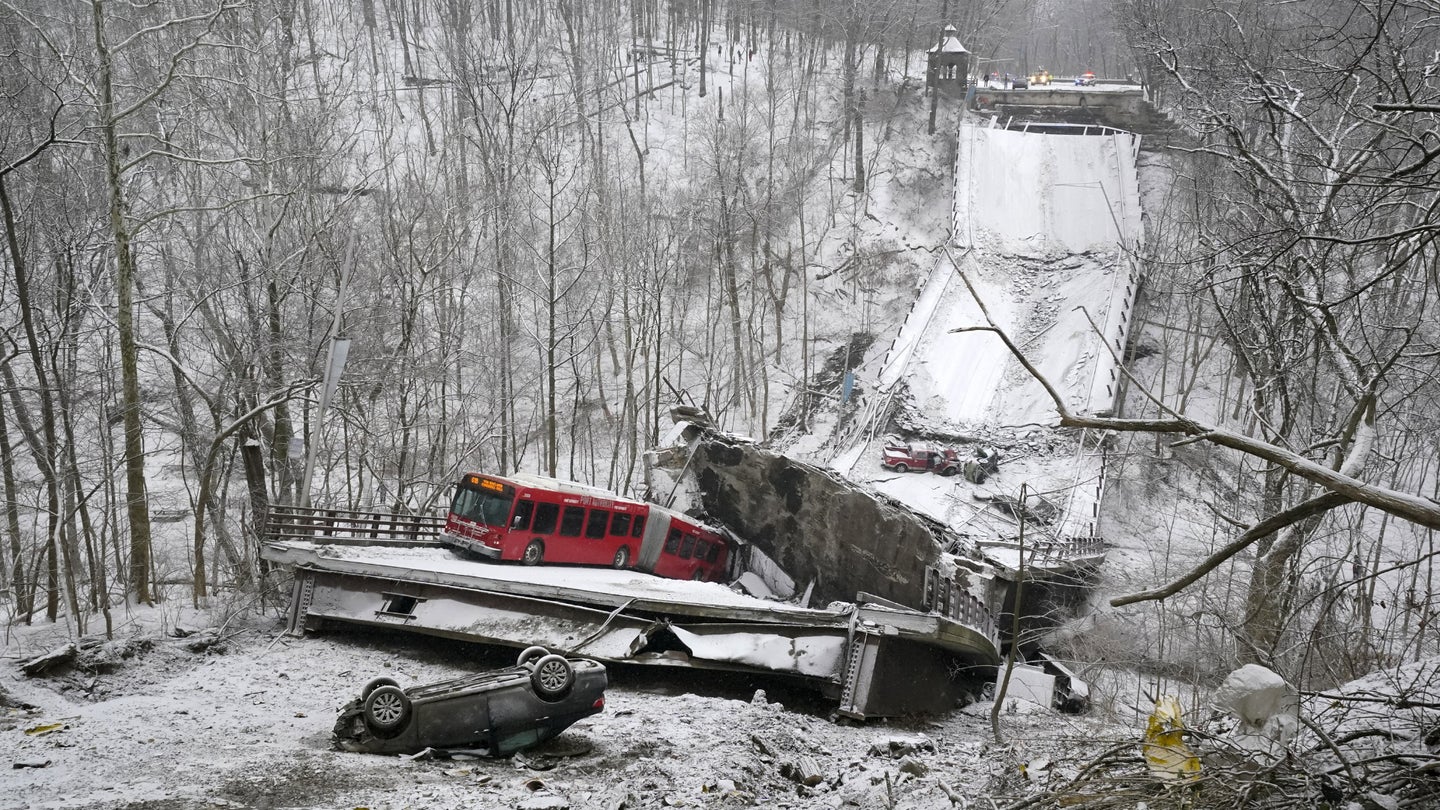 A bridge owned by the city of Pittsburgh, Pennsylvania collapsed just before 7 a.m. on Friday. It resulted in a scene that the state's Lieutenant Governor John Fetterman has called "awful" and "surreal," as the Associated Press reports. At the time of publishing, it's been revealed that minor injuries were caused by the collapse, with no fatalities reported. The crossing, which spans over Fern Hollow Creek, was built in 1970 and has been in "poor" condition since 2019, according to the U.S. Department of Transportation’s National Bridge Inventory.

It's reported that first responders had to rappel over 150 feet in order to rescue some trapped motorists, and a human chain was formed to reach other victims of the collapse. Initial reports claim that, miraculously, just three people on the bridge were taken to hospitals and none had critical injuries. According to data from 2005, 14,500 vehicles crossed the bridge daily.

The two-lane bridge was reportedly last inspected in September; however, the AP reports that details of this inspection were not yet publicly available. The over-50-year-old crossing also severed a gas line when it collapsed, though authorities report gas in the area has been shut off in response.

All of this unfolded ahead of a visit from President Joe Biden, who's arriving in the city Friday to speak about the new $1 trillion bipartisan infrastructure law which passed through Congress last year. In it, importantly, is funding to maintain the nation's bridges, of which roughly $1.6 billion is set aside for the state of Pennsylvania. "I hope it’s a wake-up call to the nation that we need to make these infrastructure investments," Lieutenant Governor Fetterman said during a press conference.

In a statement, the White House explained, "Our team is in touch with state and local officials on the ground as they continue to gather information about the cause of the collapse.” It also thanked emergency workers for their brave actions, noting, "The President is grateful to the first responders who rushed to assist the drivers who were on the bridge at the time."