Americans may one day pay less at the pump, but more as their car’s odometer climbs. 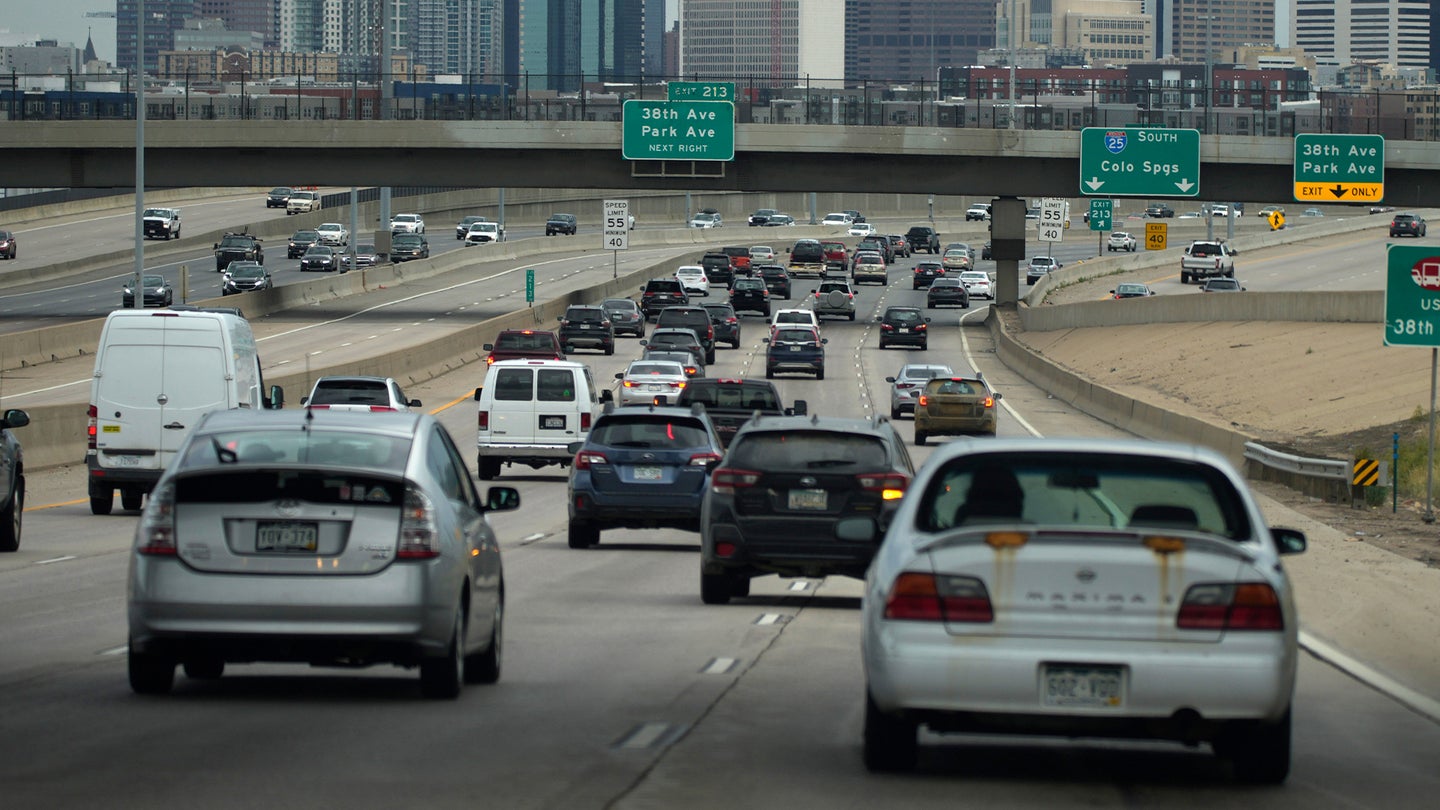 Automakers are being pressured by federal and state governments to ramp up electric car production, and U.S. President Joe Biden is signing an executive order that targets half of all new car sales to be electric by 2030. The industry is shifting towards battery power and the timeline is rather aggressive.

One puzzle that comes with moving towards an electrified future is funding the roads. Today, Americans pay at the pump—every gallon of gasoline and diesel is taxed. The federal government receives 18.4 cents and most states collect a chunk as well. As fewer cars visit the pump, the amount of tax revenue decreases and needs to be made up elsewhere, something that's addressed in the upcoming infrastructure bill with a pilot program for a national per-mile tax.

Nestled inside the 2,702-page text is Section 13002, titled "National motor vehicle per-mile user fee pilot." That pretty much covers the meat and potatoes of this section's purpose: piloting a program that would tax drivers based on their annual mileage rather than at the pump.

The idea behind this tax isn't without merit. The federal fuel tax has remained stagnant at 18.4 cents per gallon since 1993, and it hasn't been adjusted to account for more fuel-efficient vehicles, nor for inflation, which would place the tax at around 34 cents per gallon today. As alternatively powered vehicles like electric cars make up more of what's on the road today, drivers of fossil-fueled cars will pay an unproportionate amount of taxes to use the same asphalt.

In 2020, around 1.8 million EVs were roaming United States roads—about half of a percent of all registered passenger vehicles. Accounting for average fuel economy and miles driven, this totals roughly $97 in missed federal fuel taxes per vehicle each year, meaning the federal government is losing out on $174.6 million of revenue annually.

Federal fuel taxes are paid into the Highway Trust Fund, which the government projects will be insolvent long-term with the rise of alternatively fueled vehicles. As the concentration of EVs on the road increases, fuel tax revenue will continue to decrease. Biden's goal of electric cars making up 50 percent of auto sales by 2030 would mean that the U.S. could see a $4.5 billion federal fuel tax deficit per year, meaning that it will eventually look to make this revenue up through other means. That could happen by increasing the fuel tax for remaining gasoline buyers, implementing a per-mileage tax, or perhaps even implementing an EV-specific tax for public utilities. The infrastructure bill is seeking to determine the feasibility of a per-mileage tax.

As part of the pilot program, volunteers from all 50 states—plus Washington D.C. and Puerto Rico—who drive both passenger and commercial vehicles will opt-in. Data on the vehicle's travels will be recorded and used to bill the participants according to their mileage, a rate that may vary depending on the vehicle type and weight. For example, commercial trucks may pay more due to the increased wear and tear put on public infrastructure.

The bill specifically notes that this mileage information can be tracked via third-party OBD-II devices, OEM-collected telematic data, information from insurance companies, a smartphone app, or "any other method that [Secretary of Transportation Pete Buttigieg] considers appropriate." It doesn't address provisions for the privacy of this data, nor how it will keep the information safe from bad actors, or even prohibit the sale of the data to non-government entities.

A per-mile fuel tax is a controversial topic that many drivers have mixed feelings on, and they'll likely continue to have shifting opinions as electric vehicles become more prominent on the roads they share. Certain states have already considered addressing this, opting to investigate if a per-mile tax would make more sense than paying at the pump. Pennsylvania, which has the highest fuel tax in the nation at 58.7 cents per gallon, recently began discussions on whether or not an 8.1-cent-per-mile tax was appropriate—this would translate into more than $2 per gallon of gasoline based on the average fuel economy of a brand new car.

Meanwhile, if adopted, this federal tax would cross President Biden's "red line" for tax hikes against citizens making less than $400,000. The administration has repeatedly rejected calls for a hike on the federal fuel tax, most recently in June.

Should the text make it through the final vetting of the infrastructure bill, the Secretary of Transportation will have one year to pilot the program before having to report the results to Congress to determine if it's feasible.

Never really intended for sale, it was produced to pull the Model 3’s base price below a key tax credit threshold.

CEO Mary Barra feels her company is essentially being punished for selling too many EVs.