The bridge potentially collapsed due to a storm in the area. 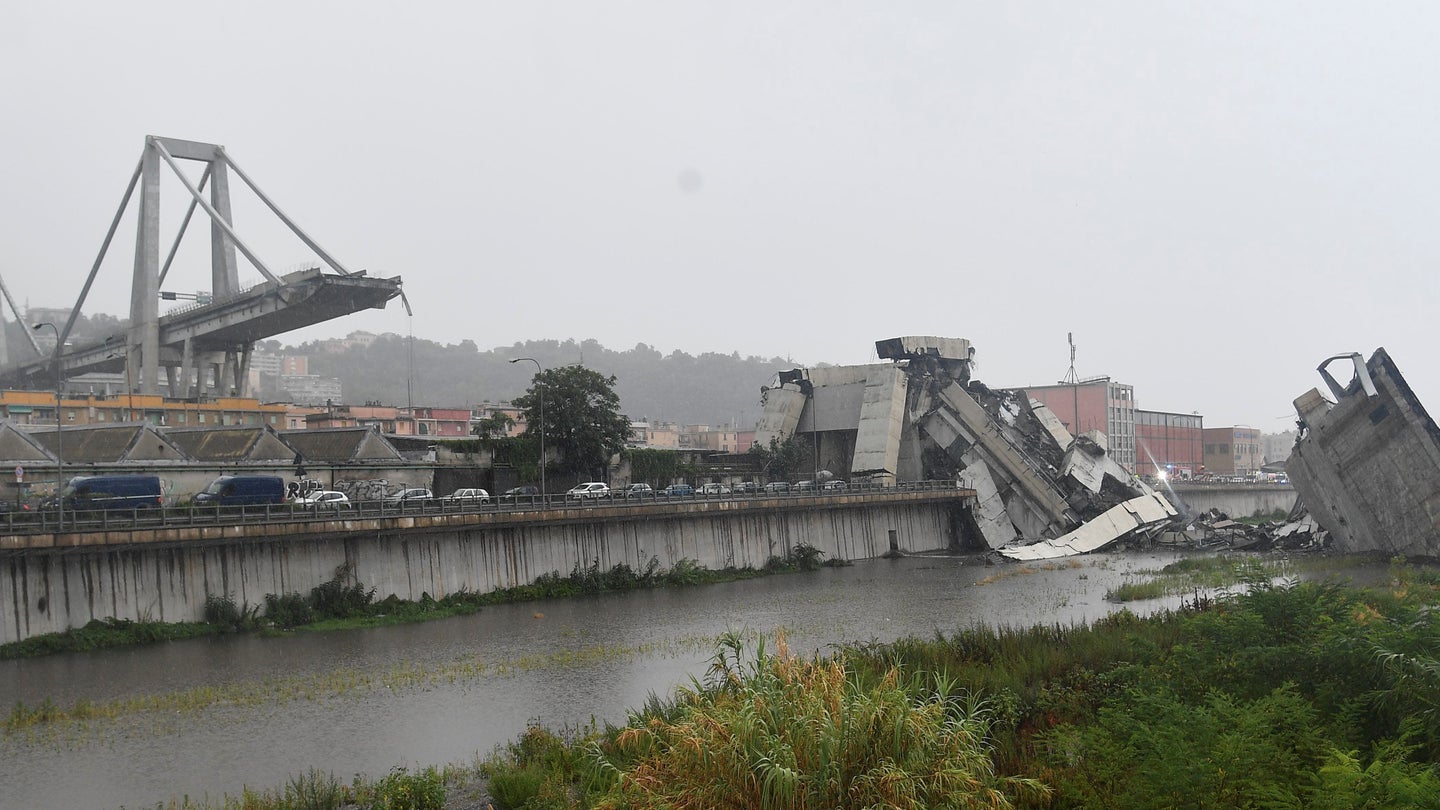 Just west of Genoa, Italy at around noon local time (6 a.m. EST) a large section of the Morandi Bridge collapsed leaving at least 22 dead. There are also 16 people injured and nine of them are in critical condition. Rescuers are still trying to make their way through the rubble to locate victims.

CNN reported that the Morandi Bridge collapsed, but the reason is still unknown at this time. At the time of the collapse there were strong storms in the area which may have contributed according to local police. Eyewitness reports state the bridge was struck by lightning prior to the collapse. According to an automated weather station near the bridge wind gusts in the area reached 36 mph around 10 minutes before the incident

The bridge was undergoing maintenance prior to the collapse to strengthen the roadway foundation. Angelo Borrelli, the head of Italian Civil Protection, said that around 30 vehicles and a few tractor trailers were crossing the bridge at the time of the collapse.

A video taken by Davide Di Giorgio shows part of the collapse. Di Giorgi told CNN that he was filming the weather from the window of his office when the bridge gave way. “I wanted to show my family, who lives on the other side of Genoa, the heavy rain," he said. “As soon as I turned the camera to record the rain, we heard a loud noise and the bridge collapsed. It took me three seconds to realize what happened.”

There are more than 240 fire and rescue teams on scene with more arriving from nearby areas to assist in the search and rescue efforts.

The Italian Prime Minister, Giuseppe Conte arrived in Genoa. He will be staying until Wednesday to show support for the victims and their families according to a statement from his office.

The Morandi bridge carries the A10 highway and crosses multiple roads, railway tracks, shopping centers, houses and the Polcevera River. The bridge was built between 1963 and 1967 and spans 3,615 feet and is 148 feet tall at the road height.

This is the second unfortunate bridge incident to happen in Italy this week. One hundred and twenty miles to the east in Bologna, Italy, a tanker truck exploded while on an elevated span of the highway, killing three and injuring at least 60 more people