America's traffic infrastructure has fallen into a multi-trillion-dollar state of disrepair. The Driveinvestigates how America's crumbling roads, bridges, and tunnels were allowed to decay, and how we can begin fixing them. Last time, we looked at New York City's Kosciuszko Bridge. In this installment, we examine the tragic side of ignoring bridge infrastructure.

On August 1, 2007, as evening traffic moved slowly across the I-35W bridge in Minneapolis, Minn., the span's central section plummeted into the Mississippi River, quickly taking the rest of the bridge with it. Thirteen people died and nearly 150 were injured in the incident. Recovery operations conducted by city, state and federal agencies took several weeks.

It's easy to think of such disasters as the stuff of ancient history – subject matter seen only in grainy films and black and white photos. A few notable examples stand out. The Tacoma Narrows bridge – known as "Galloping Gertie," for its tendency to twist violently back and forth in high winds – stood for a few months before crashing into the Puget Sound, killing only one; an unfortunate and very scared dog. The Silver Bridge, which spanned the Ohio River between Ohio and West Virginia, collapsed when a single link failed in 1967, carrying 46 traffic-bound commuters to their deaths, and serving as the impetus for better bridge inspections for years afterward.

To be fair, bridge collapses don't happen very often, and when they do it's usually during construction or repairs. In most cases, there aren't many (if any) deaths or injuries associated with them. But occasionally, as a bridge ages, inspections and repairs can fall behind, leading to catastrophe.

The following are the few serious incidents that have happened in the United States over the past 35 years. Considering the fact that most bridges stand for generations, three and a half decades are a veritable blip. At any rate, you'll find that boring things like bridge inspections and safety code updates really start to matter after some time has passed and the elements have had a chance to do their worst upon an uncomplaining hunk of concrete and steel. With one exception, all of these were avoidable.

Reason for Failure: Although the bridge was not listed as structurally deficient, it was classified as functionally obsolete. A through-truss design, it required equal loads on the top and bottom trusses, which formed a sort of tunnel, along with side trusses, that vehicles could drive through. When a large piece of industrial equipment, carried by an oversize load truck, struck a number of the upper trusses, the span folded and fell into the river. Fortunately, no one died, but three motorists were rescued from their cars, which had ended up in the river with the bridge deck. It could have ended much worse. At the time, Washington required oversize trucks to travel on the inner lanes of the bridge, but this particular truck's driver hadn't been notified by a preceding pilot vehicle that he should move from the outer lane to avoid the curved lower end of the upper truss. All it took was an operational error – in this case, the state's nebulous oversize vehicle permitting process – to bring the span down.

Reason for Failure: In its investigation after the collapse, the National Transportation Safety Board (NTSB) found that undersized gusset plates (structural components that tie girders together in the corners of truss work) were to blame for the collapse. Investigators traced the flaw back to the original design of the bridge, stating that an error had been made that allowed use of gusset plates that weren't thick enough to meet the loads engineers expected the bridge to handle. Over the years, traffic had increased, the bridge's deck had been resurfaced and de-icing chemicals had caused corrosion of structural components. Photos from a 2003 inspection showed that some of the gussets had bowed, and after the collapse, investigators found that several of the plates had ripped where rivets connected them to girders. When the incident occurred, there was more than 500,000 pounds of additional weight on the bridge from construction equipment staged there in support of repair work.

Reason for Failure: The tied-arch bridge, which had received awards from the American Institute of Steel Construction and the American Society of Civil Engineers in the 1970s, nearly collapsed three decades after it was built. It was a very cold morning – the day's temperature started out below zero, according to historical weather data. As commuters traveled across the span, several girders failed, causing it to buckle and sag. Fortunately, authorities were able to clear and close the bridge before it collapsed completely. The faulty section was removed by explosive demolition and replaced, saving the span you may (or may not) recognize from the backflip scene in "The Blues Brothers."

Reason for Failure: The viaduct, a double-decker freeway built to ease congestion in neighborhoods near the approach to the San Francisco-Oakland Bay Bridge, was designed in 1949. Construction was completed in the mid-Fifties, nearly 20 years before the birth of the California Seismic Safety Commission. You could say that the structure was functionally obsolete, built upon landfill and clay, with double support columns in some parts and not in others. It was no match for the magnitude 6.9 Loma Pieta earthquake; 42 people were killed when the top tier collapsed onto the bottom one. After the quake, the remains of the viaduct were cleared to make way for a median-divided surface-level parkway.

Reason for Failure: When the bridge collapsed, a car and a truck fell instantly into the rushing water below. Three other cars drove into the void before authorities could close the road, bringing the final death toll to 10. Although the swollen waters of Schoharie Creek – the spring flood had been compounded by a release of water from flood-stressed hydroelectric power dam 40 miles upstream – were the immediate cause of the failure, the deeper reason can be traced back to a discrepancy between the design of the bridge and its construction. The design called for a sheet pile reinforcement (a type of steel retaining wall), which was supposed to have been placed outside a mound of heavy rocks placed at the footings of the bridge. But lighter-than-specified rocks were used for the pier foundations, which were not surrounded by sheet pile and rip rap. An NTSB investigation faulted failure by the New York State Thruway Authority to maintain bridge pier footings.

Reason for Failure: Pin and hanger assemblies were used to connect gaps between plate girders on the bridge's expansion joints (those things motorcyclists have to watch out for when driving across bridges). The pin and hanger is a non-redundant design that is difficult and costly to service and inspect. The Mianus River bridge is a classic example of what can happen when things go wrong without anyone being able to tell anything is amiss. The NTSB investigation after the collapse determined that "deficiencies in the State of Connecticut's bridge safety inspection and bridge maintenance program" led to undetected corrosion, which caused a pin to fail on one of the bridge's spans. According to a 1984 report by The New York Times, the state employed only six pairs of inspectors working to conduct biennial inspections of 3,425 bridges. No wonder they missed something that was already hard to see.

If that doesn't stand as a solid example of why we should invest in infrastructure maintenance, does one exist? Most of us wouldn't recognize a bridge's structural defect, but if you see rust and chunks of concrete missing – as we often do in New York City – call an elected official or two to voice your concern. As we're so fond of advising in the Big Apple, if you see something, say something. In this era of substandard infrastructure, you never know; you could be next. 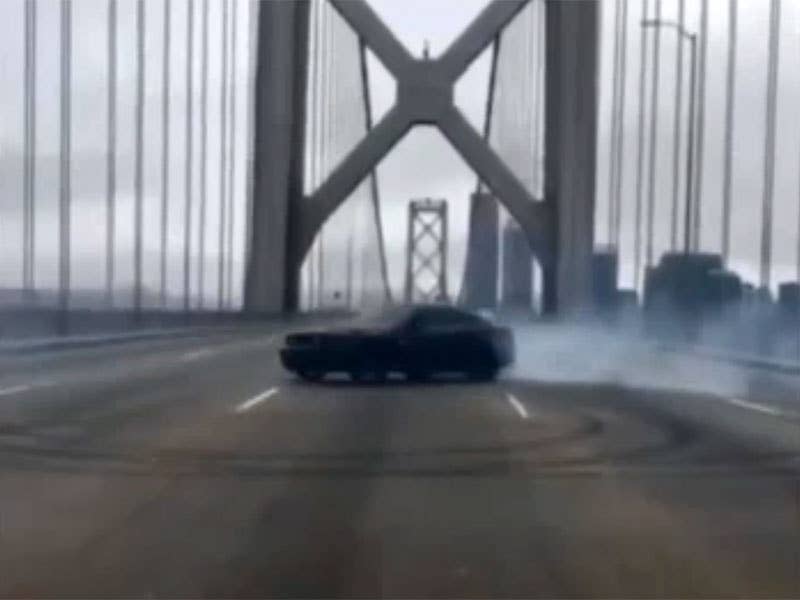 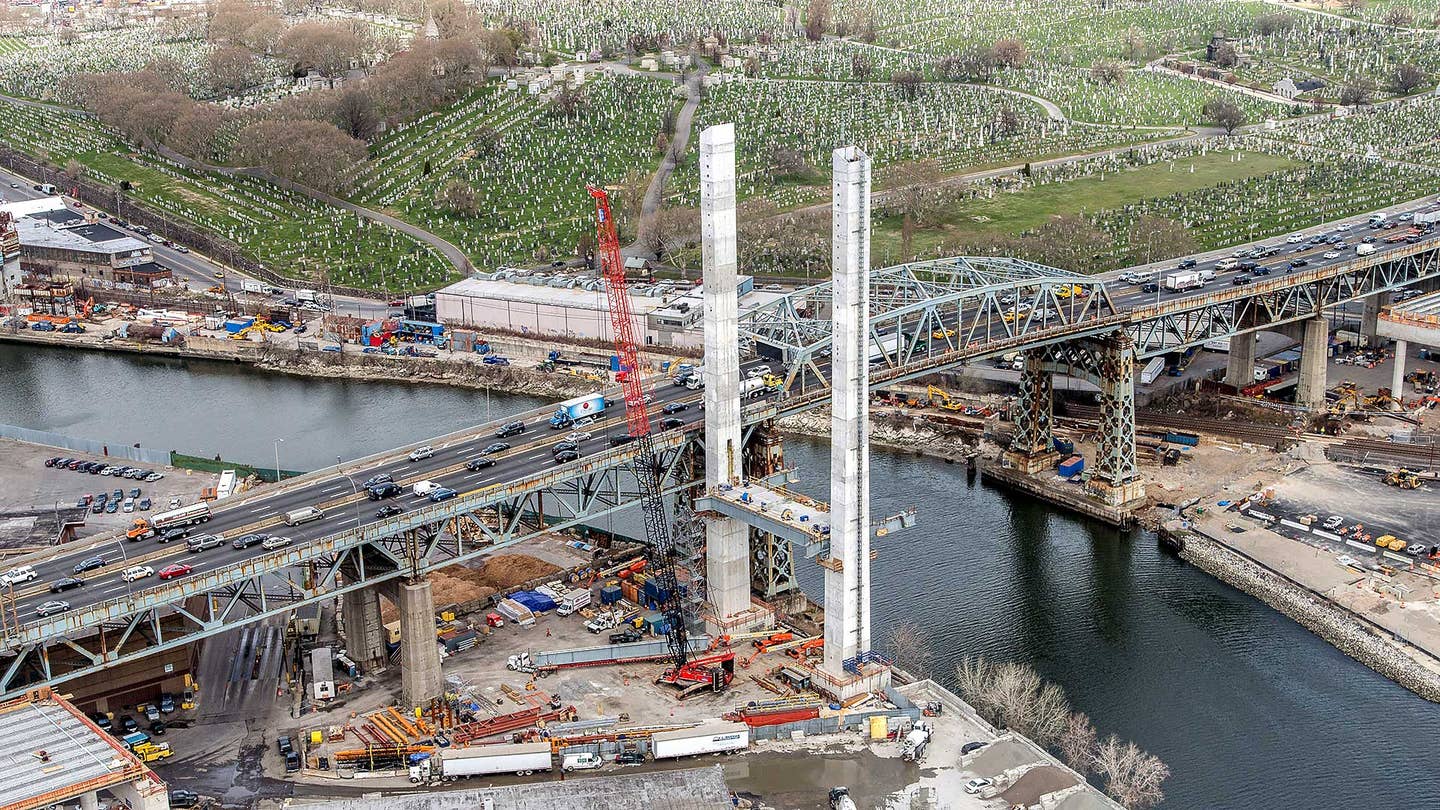 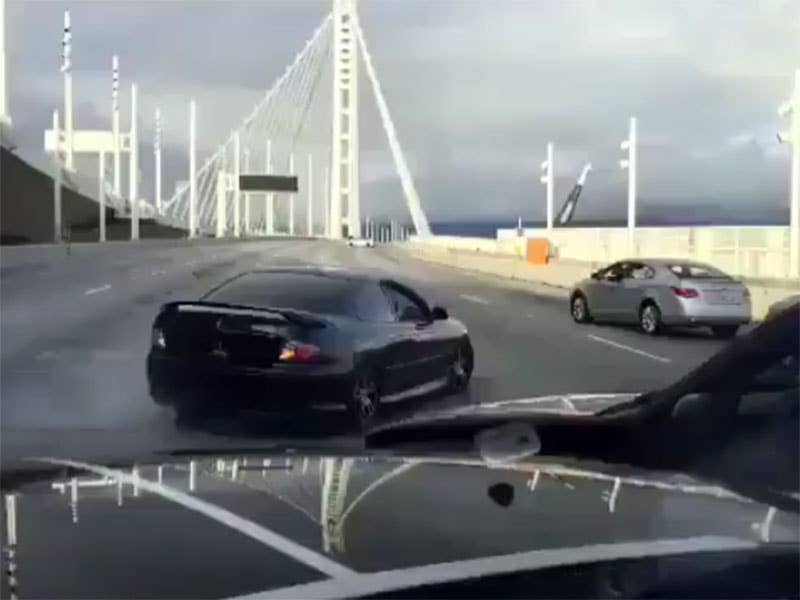 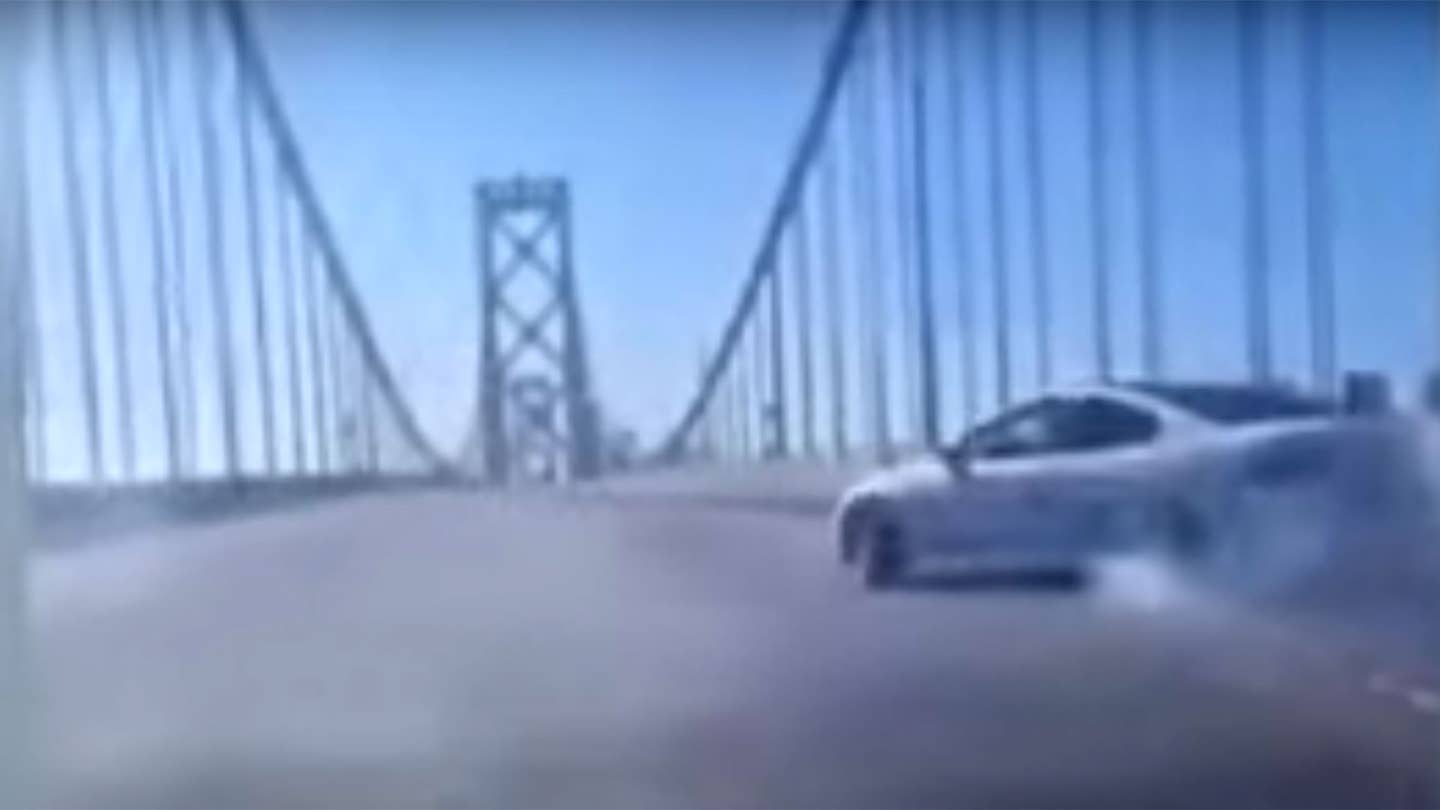 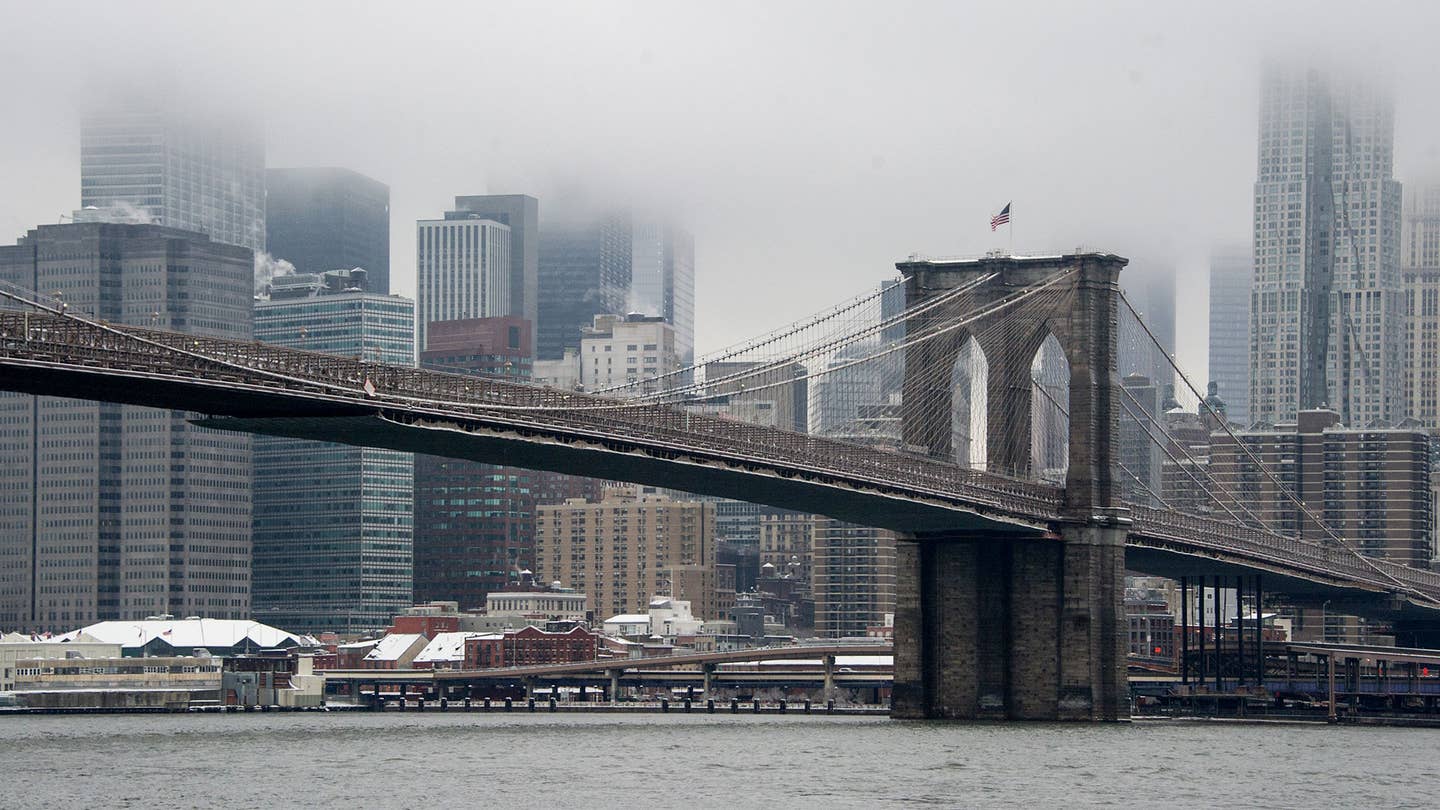