One enthusiast has been modding his hot hatch for racing since 2018. Here’s what he’s done so far. 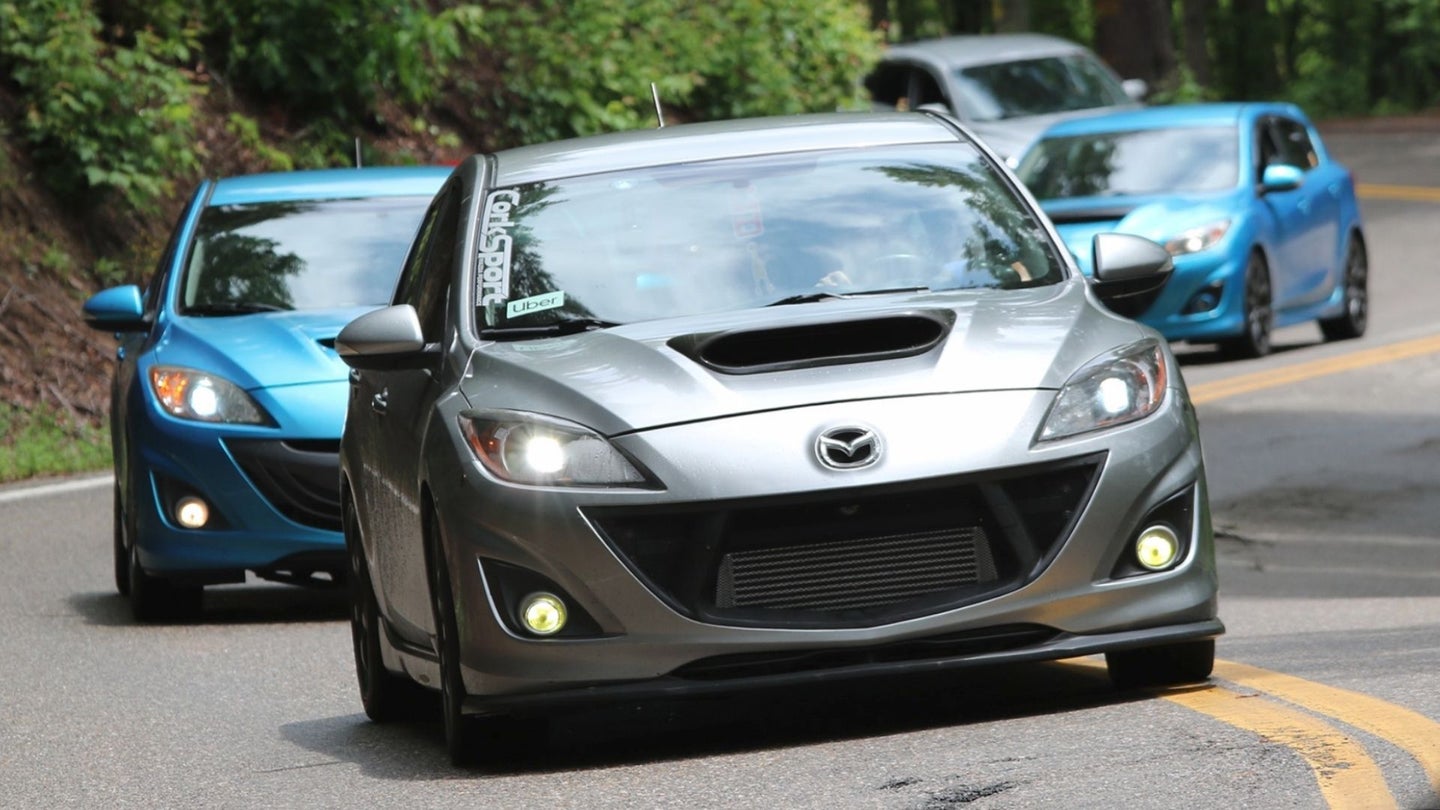 Mazda put its zoom-zoom Mazdaspeed hot hatch out to pasture after model year 2013, to the dismay of fans from all over. As we reported a little more than a year ago, Mazda is aiming for the upscale market, and the enthusiast favorite didn’t fit into its strategy to be more "mature." It’s not you, Mazdaspeed. It’s them.

In 2018, hobbyist Robert Belinski spotted a stock 2011 Mazdaspeed3 with only a shade more than 40,000 miles on the clock. He knew a gem when he saw one, and snapped it up. Then he began to modify it for even more speed and performance, steadily ratcheting up the horsepower and torque. Not long ago, Belinski’s Mazdaspeed registered 594 horsepower and 477 pound-feet of torque, and he’s shooting for the low 11’s on the quarter-mile on his local track.

About six months after he bought the car, Belinski moved to North Carolina and decided to upgrade the turbo to a CorkSport CST4. He upgraded the intake and got a retune from Freektune, where it made 323 whp and 347 pound-feet of torque on 93 octane. He tried an E30 blend and that bumped the Mazdaspeed up to 359 whp and 362 pound-feet.

Over time, Belinski started to meet others who owned Mazdaspeeds and helped to form a group called Triangle Sp33ds. Inspired by some of his new friends in the group, after about a year and a half on the CST4 turbo he wanted more power. Opting to ugrade to the CorkSport CST5 with a 3.5-inch intake, Treadstone TR8 Forum T-mount intercooler and a water/methane system with a 1000-cc nozzle, Belinski brought it back to Freektune for a new reading. The Mazdaspeed registered 330whp on 93 octane at 22 psi and made 448 whp at 28 psi on the water/methane system.

Taking it a step further, Belinski added a WOT box so he could have launch control and flat-foot shifting. He also did some work on the suspension, including a set of Koni yellow struts, an adjustable rear sway bar with adjustable endlinks, strut tower brace, and drilled and slotted rotors.

After one of the Mazdaspeed's cylinders failed, Belinski ordered a new Stage 2 block from Phoenix Performance, which came with Darton dry sleeves, Manley 2618 pistons, King triple black main and rod bearings, Supertech performance valves and valve springs, among other niceties.

"This motor will hold 850 horsepower, but I didn’t want to take it there; I was content with 600-650 wheel horsepower," Belinski told me. "To be able to make this kind of power I needed auxiliary fuel, as Mazdaspeeds are direct-injected and the stock fuel system will max out at about 380 wheel horsepower."

However, that doesn't mean Belinski is finished modding his hot hatch. The plan for 2022 is to have all the body work and painting complete (the Mazdaspeed will be finished in Sunlight Silver) to finish the build. Then you'll find him at the Import Face-Off in Rockingham, North Carolina on March 27, testing out his newest setup.

Got a build you'd like to see on The Drive? Send a note to kristin.shaw@thedrive.com.