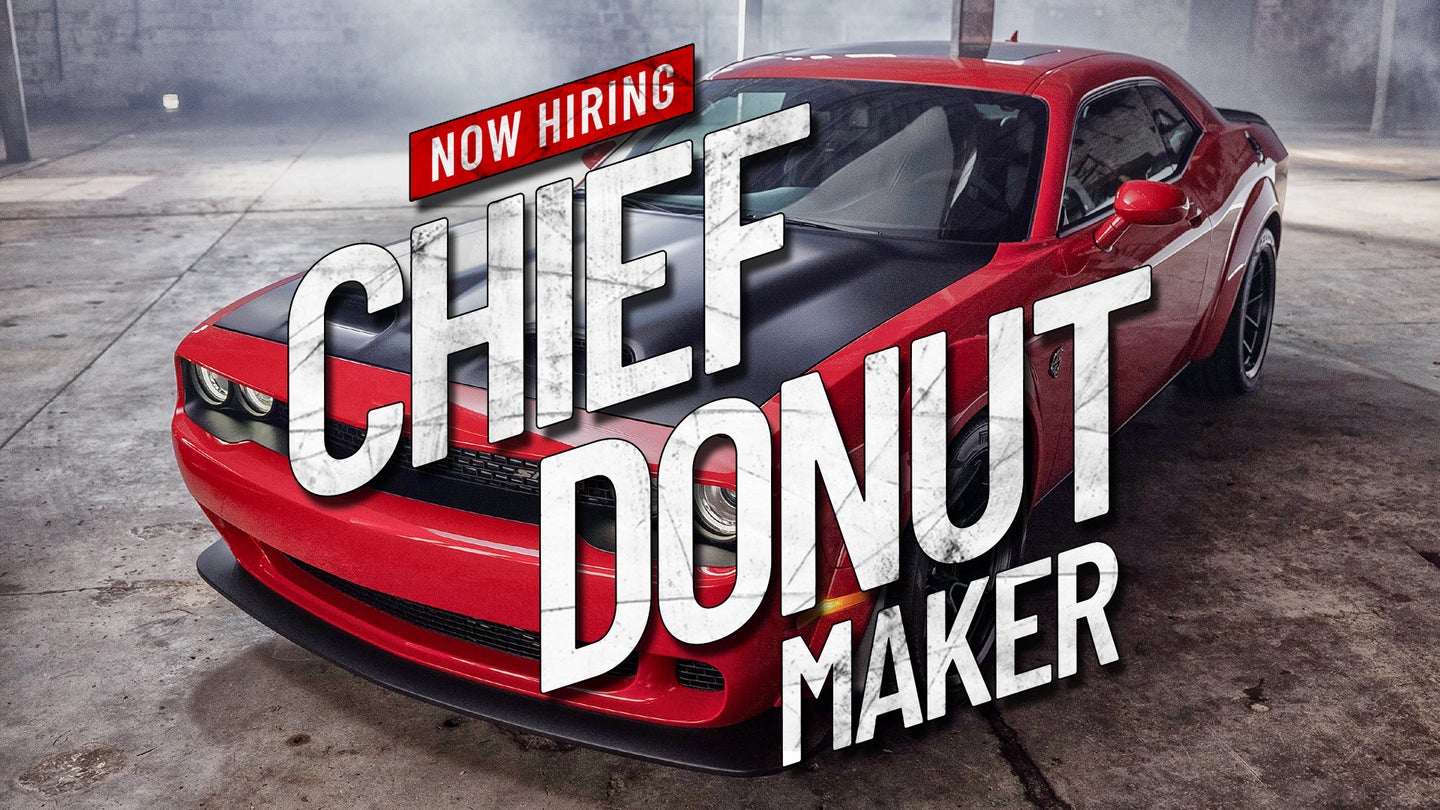 Remember when Dodge announced it'd be hiring a Chief Donut Maker and paying some lucky enthusiast a $150,000 salary? Well, the help wanted sign has officially been hung, and you can now apply for the position—which also includes a free Hellcat to drive, mind you.

As you probably guessed, "Donut Maker" refers to those charred rubber circles you leave on the pavement—not the kind of donuts that you would eat, or those friendly faces on YouTube, either. It's a nod to Dodge's enthusiast-focused branding that appeals specifically to muscleheads.

“The Dodge Brothers were never content to follow the trends, they were the seekers of a better, faster, more outrageous way of doing things,” said Dodge CEO Tim Kuniskis. “We’re looking to hire someone just like them as our Chief Donut Maker, someone who will embody their crazy can-do America Muscle spirit and carry the torch of the single most engaged group of enthusiasts the automotive industry has to offer.

To apply, you need to break out a camera and film an audition reel to prove you're the best fit for the role. Dodge says it wants passion, charisma, and creativity, so you'll probably need to go full influencer mode for about two minutes.

Judges will sift through the clips and select 10 people to compete in a reality TV-like series involving "hot seat scenarios." Only one person will be selected for the spot, and along with it claim the $150,000 salary. Of course, the company Hellcat helps sweeten the deal, too.

Dodge also says the winner will mingle with celebrities at primetime auto events and attend Radford Racing School, which used to be Bondurant if you'll remember.

Formally, Dodge calls this position a "side hustle," meaning you're not expected to quit your 9-to-5 if you win the gig. This person will essentially be a brand ambassador that embodies the automaker's high-horsepower enthusiasm, so be prepared for whatever comes with that.

Those interested in applying have until Feb. 28 to submit their video on Dodge Garage.

I always found the idea of American muscle a bit dumb. The Charger Hellcat Redeye changed that.