A retro wagon with huge tire-shredding power, what’s not to like? 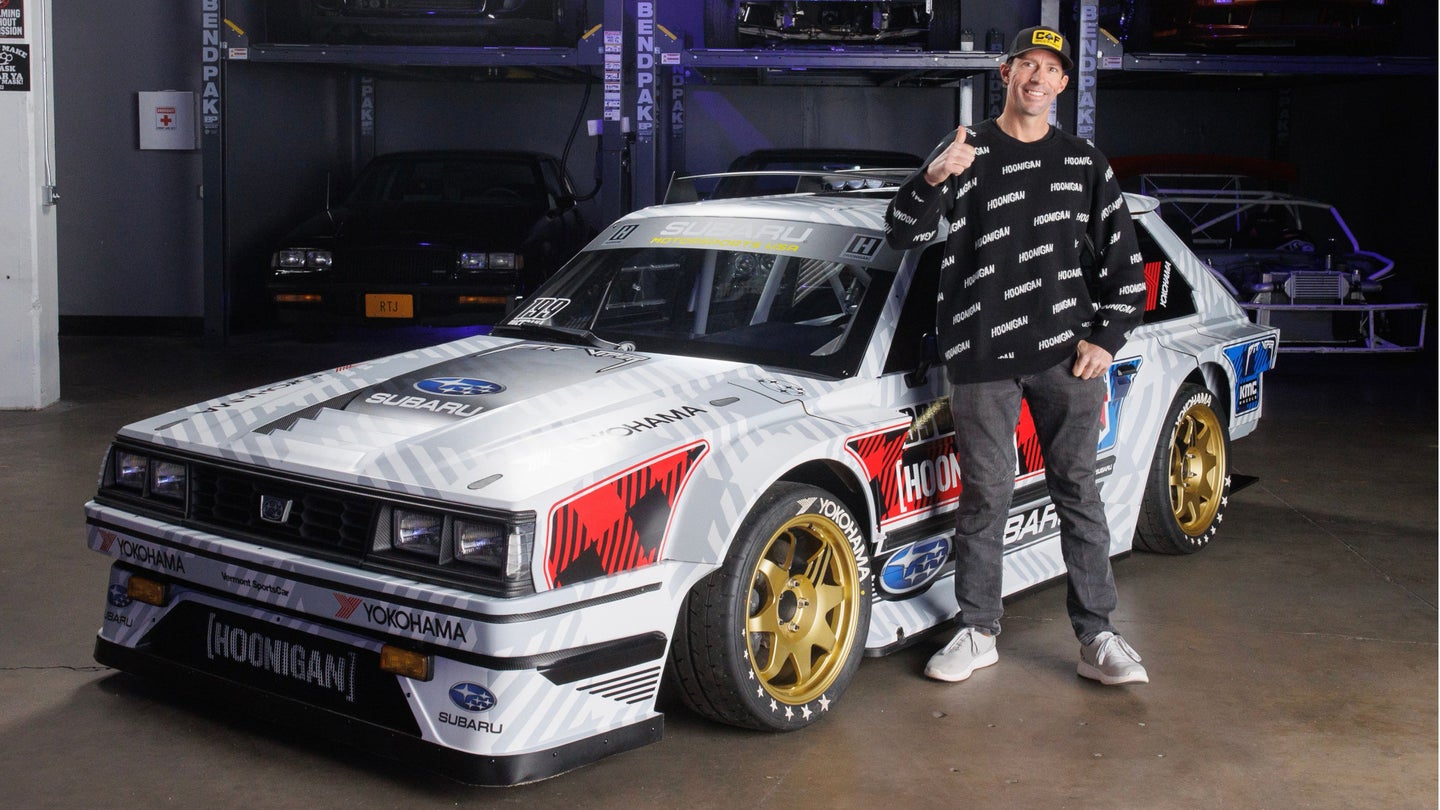 The Gymkhana videos, as popularized by creator Ken Block, have inspired much joy since the tire-shredding began over a decade ago. After shooting ten Gymkhana films, Mr. Block handed over the reigns to Travis Pastrana for Gymkhana 2020. With one hoon film now under his belt, Pastrana will return for the next entry in the series, behind the wheel of a pumped-up Subaru that's a little out of left field.

The car in question is a 1983 Subaru GL Wagon, also known as the Leone in the Japanese market. The GL trim came complete with the quad square headlights seen here, and boasted a humble 73 horsepower when new from its 1.8 L boxer engine.  The wagon platform was also used as the basis for the popular BRAT pickup which so artfully dodged the Chicken Tax with its jump seats in the rear bed.

The boxy wagon has been given the usual Hoonigan treatment to great effect. There's a plaid livery wearing Pastrana's usual racing number of #199, and big wheels under huge pumped arches. The widebody treatment suits the 80s coupe well, as does the massive front airdam.

Meanwhile, the roof racks up top maintain a hint of the original car's "dad wagon" personality. Hopefully these are the subject of some hilarity in the upcoming Gymkhana shoot, perhaps with massed luggage tumbling from the roof in slow motion in the midst of some major smoky drifts.

Pastrana notes the benefits of the new ride versus the "Airslayer" Subaru WRX STI which handled driving duties in the last Gymkhana film. "It's faster and way easier to stay in control while sending it sideways," Pastrana explained on Instagram, adding that the "Shorter wheelbase makes it more agile and the boxy body makes it easier for proximity driving."

In a recent video, Pastrana mentions that the wagon has "around 900 horsepower," a suitable figure on par with past Gymkhana rides like the 862 HP Subaru WRX STI and the 914 HP Hoonitruck. There's also mention of how the wagon flies through the air, which may suggest there will be more jump antics as per Pastrana's first Gymkhana appearance.

While the wagon will be the star of the next Gymkhana film, Ken Block himself has been busy as well.  The original Gymkhana star is preparing to shoot an upcoming "Elektrikhana" video behind the wheel of the Audi S1 Quattro-inspired all-electric Hoontiron.  Plenty of excitement to come, then!