If you want some professional pictures of your car taken on the canyons, you’ll have to do it yourself. 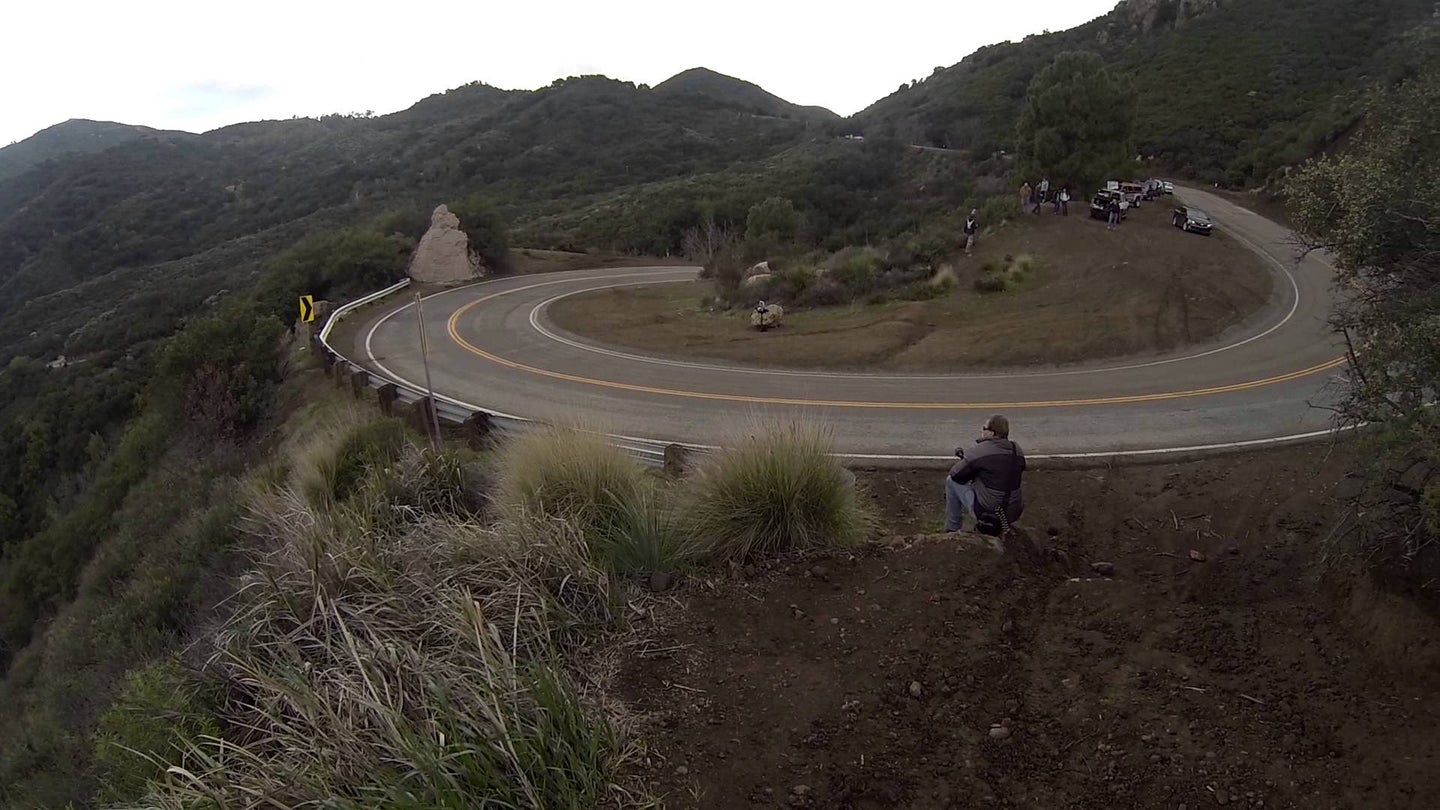 If you've ever driven through the Santa Monica Mountains in Malibu, California, you've no doubt encountered a section of Mulholland Highway nicknamed "The Snake." It's a piece of LA road famous for hairpin turns, bad accidents, and plenty of rare cars to encounter along the way. If you drive it on the weekend, there's a good chance you'll even run into Jay Leno.  The Snake is so popular that it's had a dedicated group of photographers called Rock Store Photos camp out every weekend for more than 10 years, taking pictures of everything that drives (and rides) by.

Rock Store Photos announced its end with a Facebook picture of the iconic, battered RSP banner in the recycling bin and a somber caption reading, "The End." Lead photographer Paul Herold took to the comments to explain why The Snake's venom finally took its toll, citing three main causes for the death of the project.

The first cause is understandably physical, as sitting on the side of the road in the Los Angeles heat swinging a camera around for hours almost every weekend (for a decade) will inevitably cause problems. He details a number of symptoms that have severely limited his ability to take unique and quality pictures.

To understand the financial issue, let me explain Rock Store Photos' business model: The photographers take pictures of almost any interesting vehicle that comes by, then uploads the photos on RSP's website; people can view the pictures free of charge, but downloading costs money. Only a tiny percentage of people buy their pictures, making Herold's costly project just not worth it.

The final nail in the coffin (pun very much not intended) is Herold's fear of seeing a fatality firsthand. The surrounding canyons have claimed the lives of many over-confident souls, and the number of crashes RSP experiences every weekend can easily turn tragic.

Herold told The Drive that he plans to continue his passion for shooting cars at his new home on the East Coast, but Jay Leno will have to find someone else to snap photos of him carving the Malibu canyons.

The 5 Best Driving Roads in Malibu