The idea was proposed by an airline employee and a prototype has since been completed. 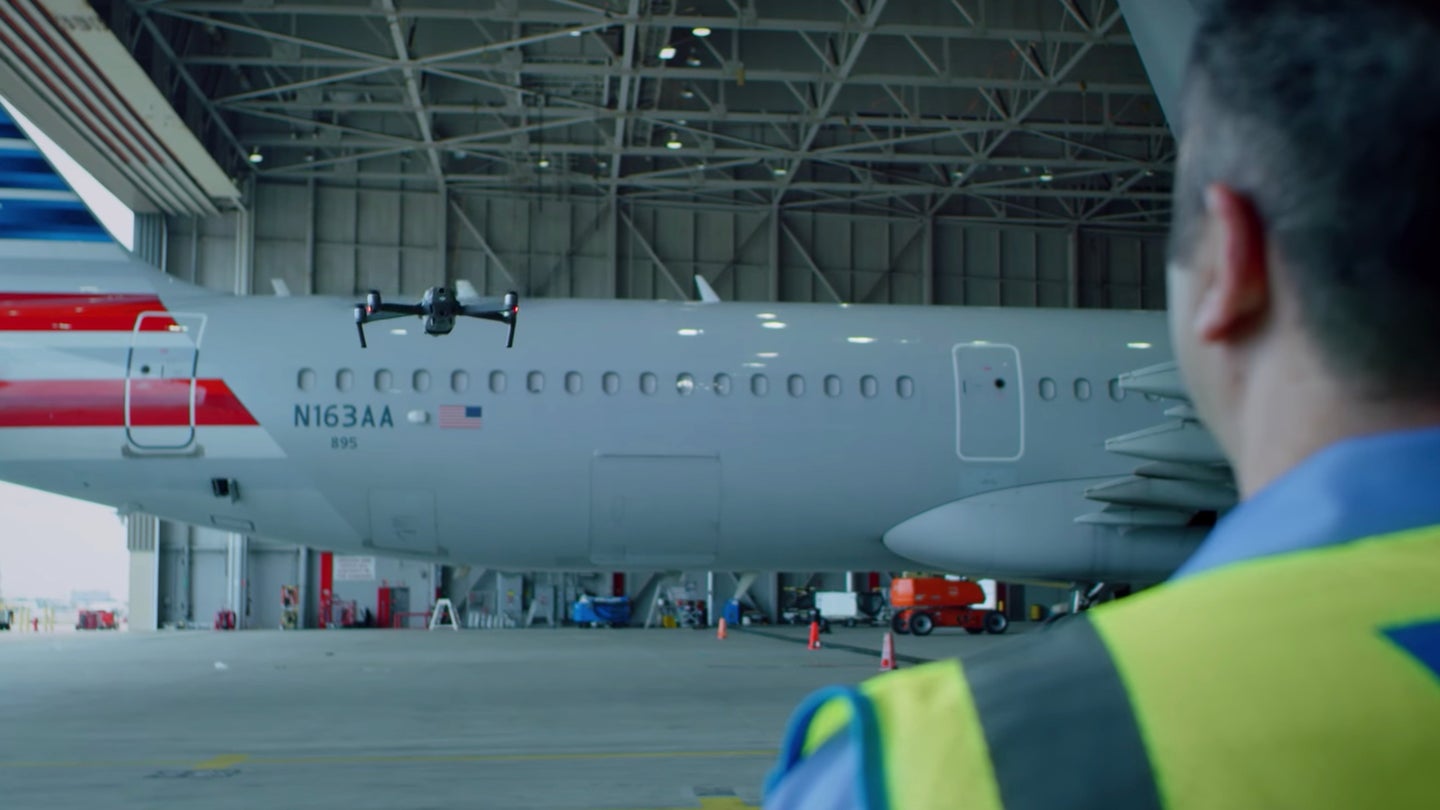 American Airlines and the world’s leading drone manufacturer DJI presented a strong case for the drone-based airplane inspections at a media event in Dallas yesterday. According to Dronelife, the airline is both confident and impressed with DJI’s Mavic 2 Enterprise platform and its ability to reliably inspect aircraft and enhance the safety of workers by taking them out of harm’s way.

The Head of Emerging Technologies for AA, Phil Easter, said the airline “has a rich culture of innovation,” adding the aviation giant even sponsors the HackWars event in which AA’s developers, designers, and IT experts battle it out over the course of 24 hours to create the most impressive piece of programming. Two years ago, AA’s lead drone integrator Lorie Grabham won the contest and presented her UAV-centric pitch for aircraft inspections.

The idea is actually quite simple. Since maintenance for an aircraft typically takes between 16 and 20 hours to complete, with three to four technicians using bucket lifts to inspect the plane, automating the process via drone to both reduce risk to workers and increase efficiency is not only logical, but entirely feasible.

“We have over 1,000 aircraft technicians here in Dallas, and over 12,000 worldwide,” said AA’s Vice President of Operations and Industry Affairs, Lorne Cass. “This is a tool of the future that should be in every technician’s toolbox.”

Mavic 2 Enterprise, which officially launched Monday, can reportedly reduce the laborious task of properly inspecting one airplane to half the time. Both AA and DJI worked on this platform together, combing the airline’s machine learning and DJI’s hardware to circle an airplane, identify abnormalities in its structure, zoom in on areas of focus, and relay any important information to technicians on the ground.

“The new features of the Mavic 2E—the speed, the quietness, the powerful camera—really make this possible,” said Principal Architect of AA’s Emerging Technologies group, Spencer Kaiser. “The ability to be serverless is critical for us to make the application work in the hangar, which often doesn’t have connectivity. And the SDKs (software development kits) from Apple and from DJI were incredibly beneficial.”

Let's take a look at this drone-based inspection model in action, shall we?

Though the journey for DJI and American Airlines to develop a functioning prototype for this particular use case wasn’t entirely smooth, the timeline to completion was shorter than initially expected.

“While this was still a challenging project, we were able to get it done in weeks rather than months,” Kaiser explained. The goal now is to transition the system from its early days to actual production and standardized implementation. In practical terms, that means garnering data from technicians on how to refine the machine learning aspects of the platform, and fully automating the circling of the drone around the airplane in order to make wide-scale integration even easier.

Cape’s telepresence drones will now routinely aid the police department for up to 10 hours per day.