Want an EV that fits the Hunchback of Notre Dame like a tailored suit? Audi has the vehicle for you. 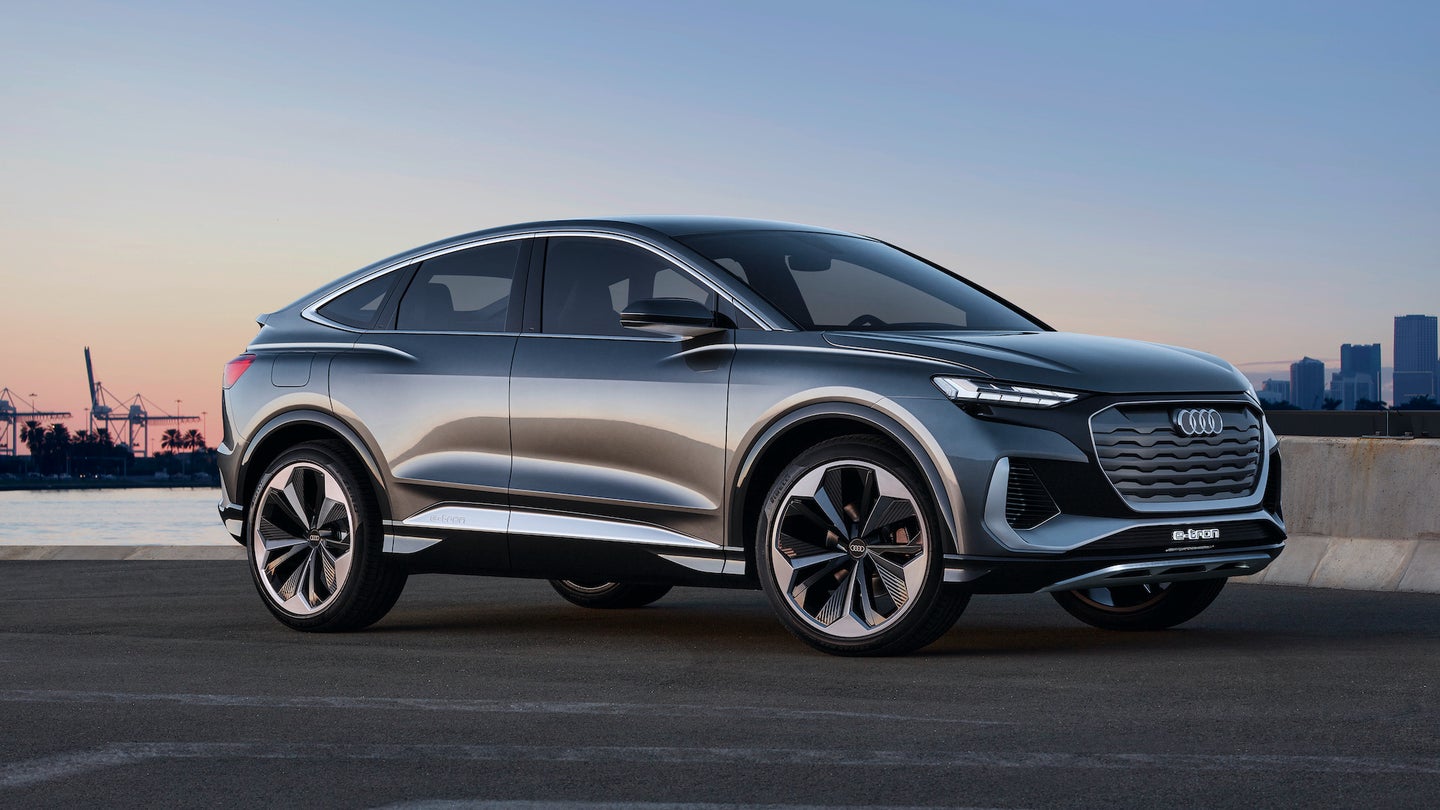 A few years back, the internet poured out its heart for Quasimodo; a dog with a rare genetic mutation called short spine syndrome. At least one Audi designer, it would appear, was inspired by the shortened shepherd, and, based on the oddly proportioned animal, has penned a concept vehicle called the Q4 Sportback E-Tron as tribute.

This coupe-over's sloping roofline—which threatens to give backseat occupants posture like Quasi's—cuts the Sportback's drag coefficient down by 0.01 to 0.26, which makes it one of the most aerodynamic designs in the industry. Beneath said body is the same Volkswagen MEB platform that will underpin the regular Q4 E-Tron, whose twin-motor, all-wheel-drive Quattro powertrain will also reappear underneath the Sportback.

Their dual electric motors produce a combined 302 horsepower and 339 pound-feet of torque, which can heave the hefty Audi from a standstill to 62 mph in as little as 6.3 seconds, and on to a top speed of nearly 112 mph. While the Sportback's low center of gravity and 50/50 weight distribution make it at home doing that or any lesser speed, that video of a Porsche Taycan running out of breath on the Autobahn shows staying at 112 all day might not be such a good idea, as it'll drain the 82-kWh battery in no time flat.

Recharging the Q4 E-Tron isn't as quick a prospect, but it's still no day-ruiner, taking just 30 minutes to reach 80 percent from empty when hooked to a 125-kilowatt DC fast-charge feed. Push it all the way to 100 percent and Audi says it'll be good for up to about 310 miles' driving range, though that's as measured by the electric car-flattering WLTP yardstick, meaning the official number will be lower if the Sportback makes it stateside for EPA testing.

Audi plans to launch both the Q4 E-Tron and its Sportback derivative in 2021, and the duo will account for two of 20 electric models coming from the marque by 2025. A company spokesperson confirmed that Americas-accurate EPA range figures will be released closer to launch, and you can bet your sweet applesauce they'll be better than those of the larger E-Tron Sportback.

The rat rod now packs instant power without giving up its old-school style.