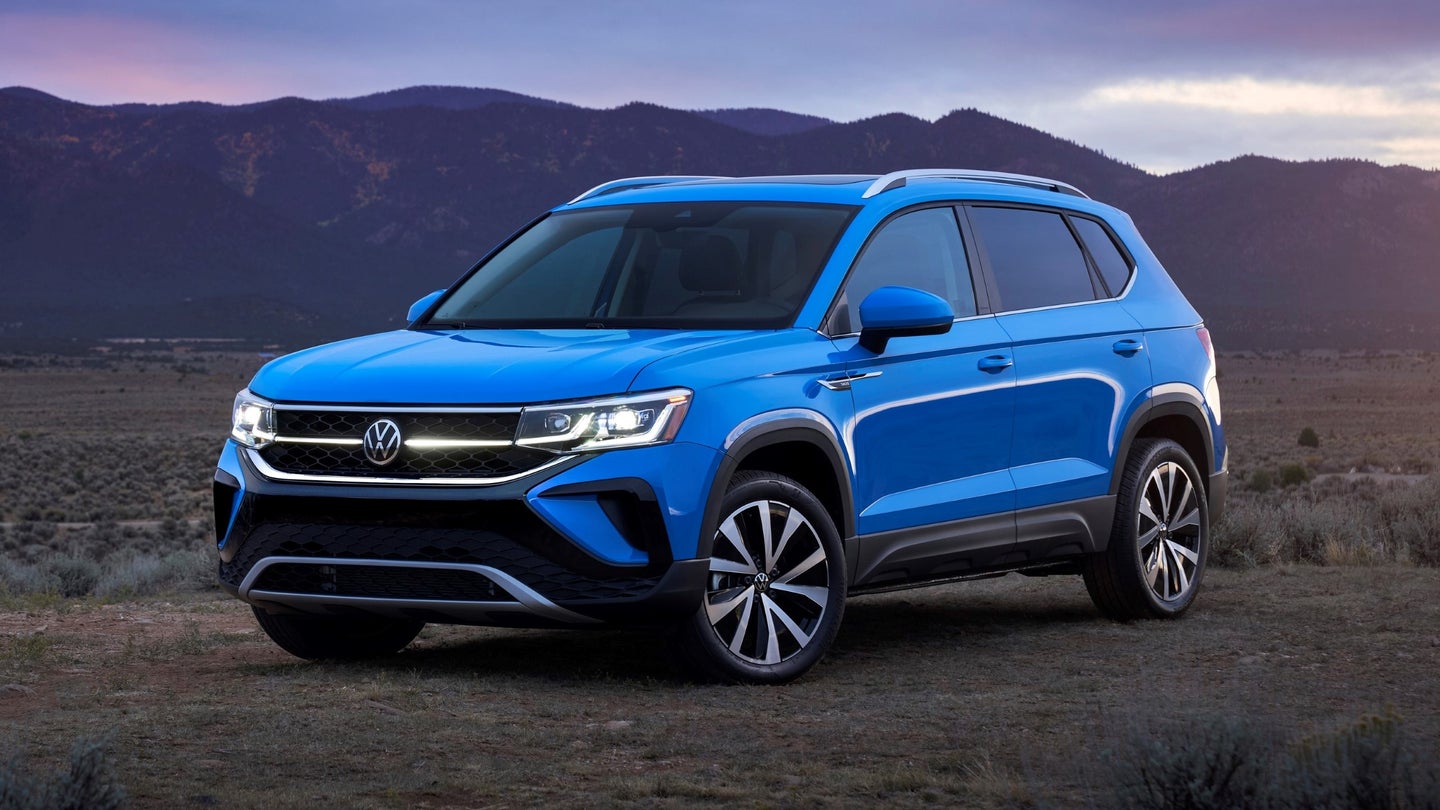 Ever since Volkswagen joined the compact crossover party with the Tiguan more than a decade ago, there hasn't been a U.S.-market VW crossover for folks looking for something a bit smaller and more affordable. That ends with the 2022 Volkswagen Taos, the automaker's all-new baby SUV birthed to take on subcompact crossovers like the Honda HR-V, Kia Seltos, and Hyundai Kona.

It'll be powered by a 1.5-liter version of the Jetta's EA211 turbo-four engine making 158 horsepower and 184 pound-feet of torque. The Taos will be available with either front-wheel drive paired to a traditional eight-speed automatic transmission, while the all-wheel-drive variant receives a seven-speed dual-clutch.

Styling-wise, it pretty much looks exactly like how one would expect a subcompact Volkswagen crossover to look. It's clean, inoffensive, and rugged-yet-friendly. Mimicking VW's new, all-electric ID.4, top trim Taos (Taoses? Taoi?) get illuminated light bars in the grille that sprout from the front badge and extend into the headlights.

Just like every other modern commuter car worth its salt, the Taos will come with a healthy dose of tech such as a standard Volkswagen Digital Cockpit, an eight-inch center touchscreen running the company's latest MIB3 software, available wireless charging, panoramic sunroof, and 10-color ambient lighting for the top trim.

Breaking out the tape measure, the Taos is precisely 9.3 inches shorter than the Tiguan while boasting just 1.6 cubic feet less passenger room than its compact sibling. Available wheels range from 17 to 19 inches in diameter.

The 2022 Volkswagen Taos will be assembled in Puebla, Mexico and launch next summer. Official pricing has yet to be announced but expect it to start in the low $20,000 ballpark.

Volkswagen Is the Most Frequently Tattooed Car Brand on Instagram

An analysis of Instagram posts showed which car fans were this committed to their favorite rides.