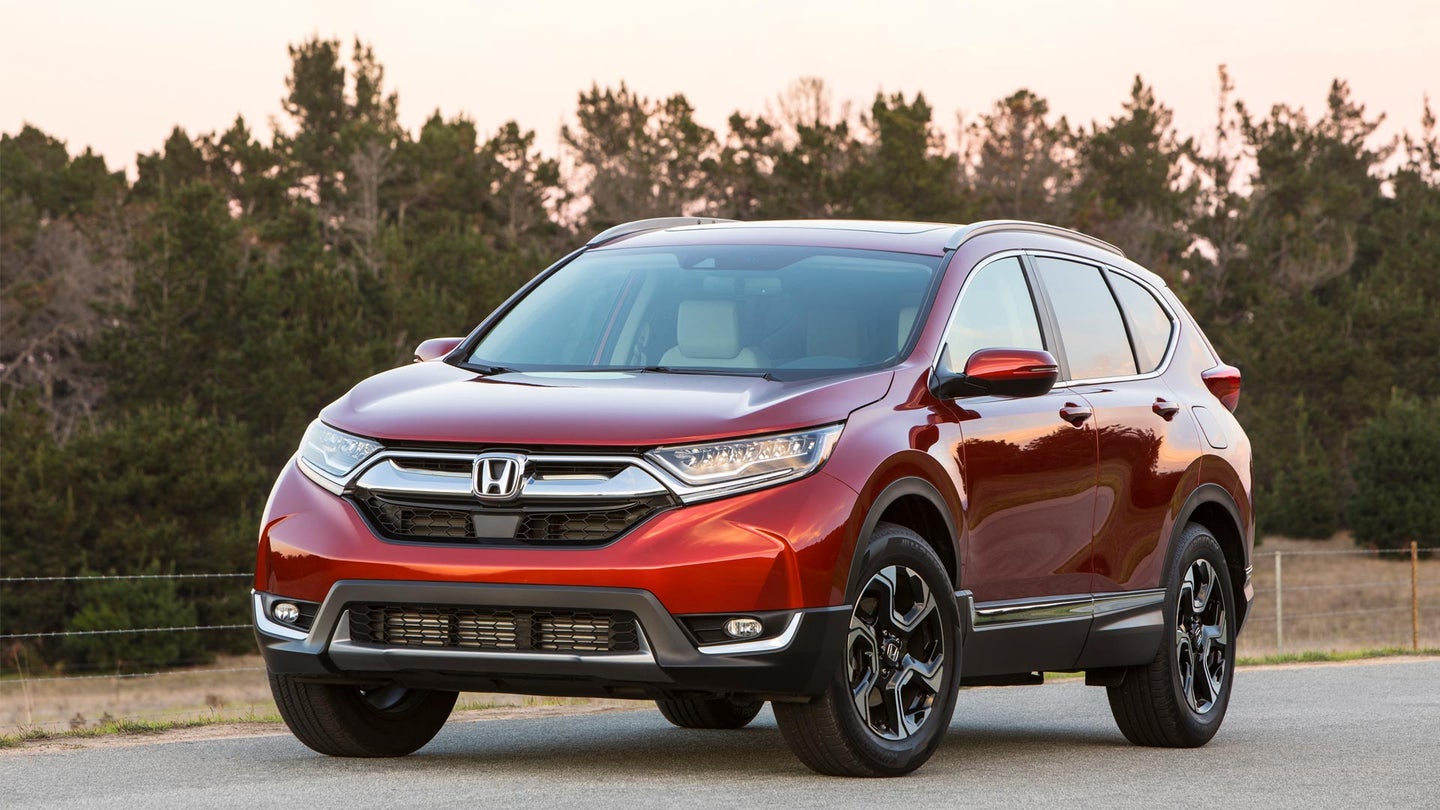 The Honda CR-V has been the most successful SUV in America ever since its release in 1997. The crossover has received multiple awards in 2017 alone, from the "Must Test Drive" award from Autotrader to the "Best New Car for Teens" from U.S. News & World Report. Despite its compact crossover aesthetic, even we have to admit that the new CR-V is a handsome devil.

Last year's model added a much-needed facelift, plus more power and cabin space, but the overall look of the 2018 model goes pretty much unchanged except for a $100 MSRP premium over its predecessor. We would have liked to see that additional Benjamin go towards at least one more feature, but can you blame Honda for choosing not to improve on perfection?

The base CR-V LX retains the 2.4-liter 4-cylinder but the EX trim and up gets a turbocharged 1.5-liter engine making 190 horsepower mated to a smart Continuously Variable Transmission. The turbo-4 adds six horsepower and better fuel economy across the board.

The new CR-V is ready to defend its attractiveness to families with a full Honda Sensing safety suite on all trims except the base model. Features include Lane Keeping Assist, Blind Spot Information, Lane Departure Warning, and Collision-Mitigating Braking.

It's no hot hatch, but the new CR-V is being marketed as a fun-to-drive crossover with premium features usually found in cars thousands of dollars more expensive. But with no new additions this year, will the 2018 iteration help the CR-V stay on top of the States' SUV market?