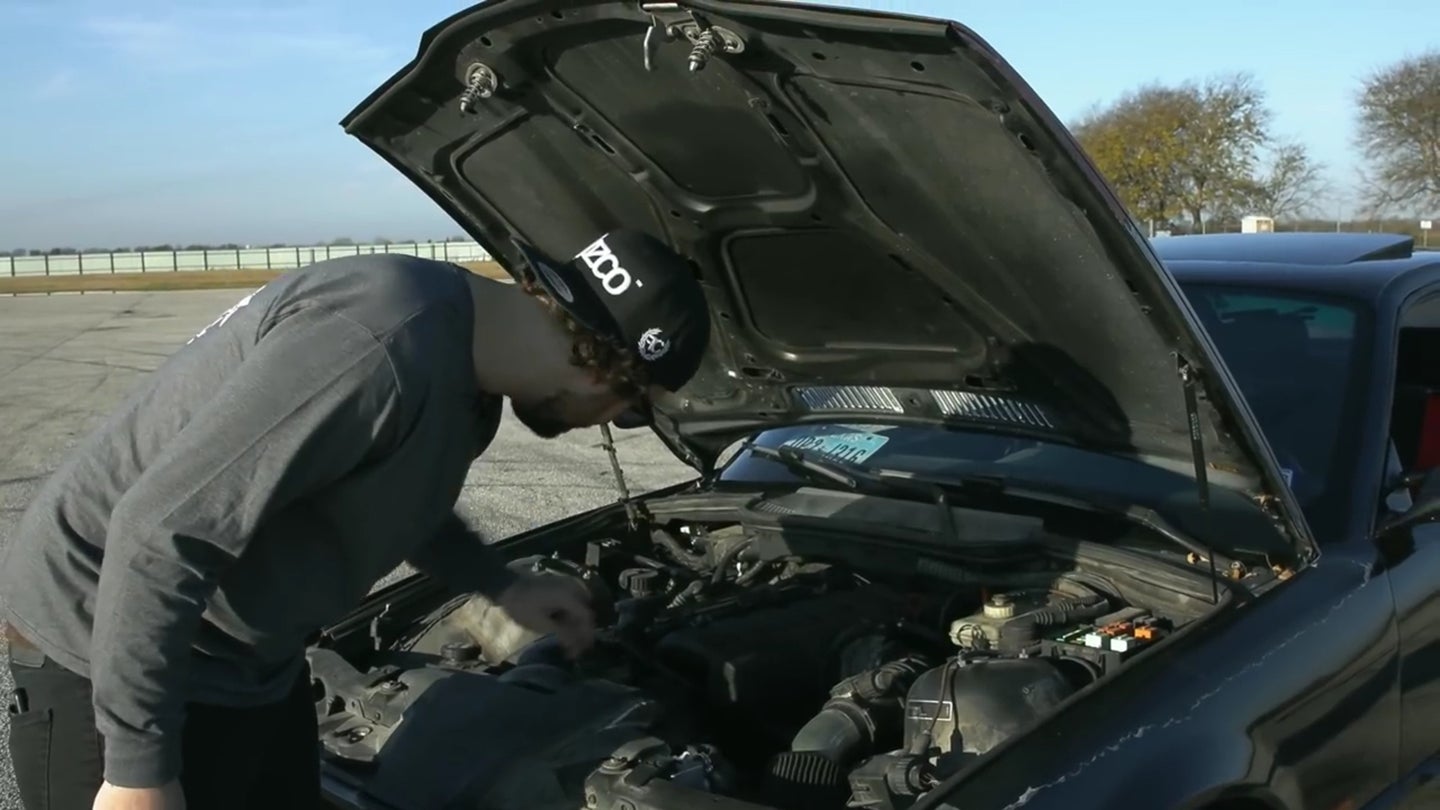 Chelsea DeNofa is a Formula Drift driver in the top tier Pro category. In Formula Drift, he races a Ford Mustang RTR for Vaughn Gittin Jr's RTR Drift Team. He has obtained a following on YouTube from his vlog series following him doing things with cars during the Formula Drift season and in the offseason. For his most recent video, he shows you how to buy a drift car.

DeNofa brought two top suggestions for a first drift car to San Antonio Speedway to give a rundown of what to look for. He brought an E36 BMW 3-Series and an S13 Nissan 240.

First off, DeNofa comments that people shouldn't care too much about what the car looks like. His suggestion is it just needs to pass the 100-foot test. He says there's no purpose of looking for a car without any dents because, within a few minutes of drifting, it will end up with plenty of dings and scratches.

He recommends looking for a drift car around the $2,500 price point, which both of the cars he brought are in the range of. He mentions there are extremes around that price budget up to $4,000, but at the $2500 price point, you will get a quality car to have fun in. He suggests that you can find a drift car on Craigslist, Facebook marketplace, Facebook groups, or even chatting with people at drift events. In the video, DeNofa goes over a few of the important items to look for and eventually takes both vehicles a for a drift test drive.