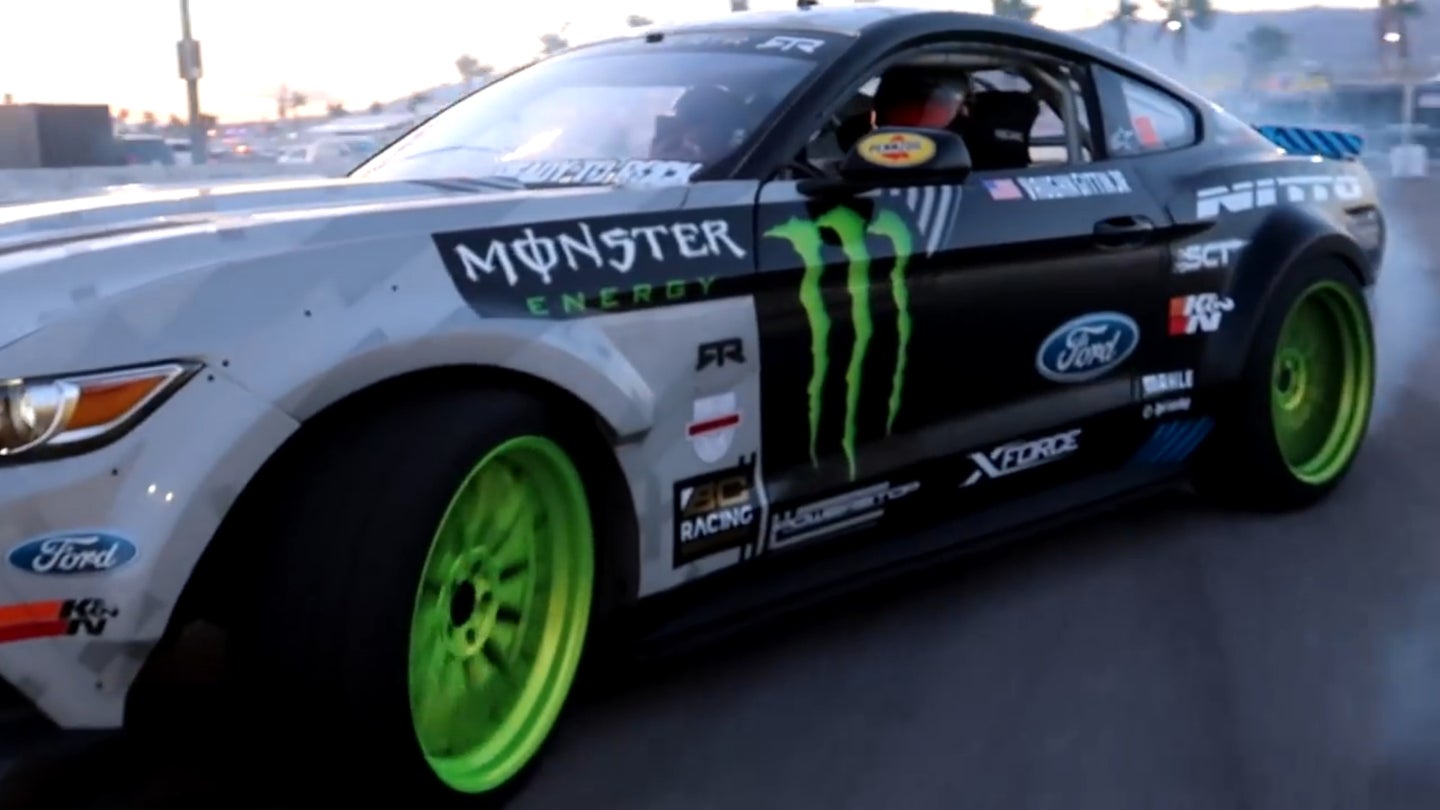 Chelsea DeNofa has been consistently putting out vlog style content showcasing the fun things he does around cars both in the Formula Drift season and in the off season. For his vlog DeNofa was at the NASCAR Pennzoil 400 with his teammate and fellow Formula Drift driver Vaughn Gittin Jr. The two were showcasing Gittin Jr.'s Mustang RTR program.

The pair gave ride-alongs and did some tandem drifing for the fans as well. DeNofa was in an RTR Mustang while Gittin Jr. was in a replica car to his Formula Drift race car.

Check out the drift and tandem footage below.