Sometimes, it’s just not worth it. 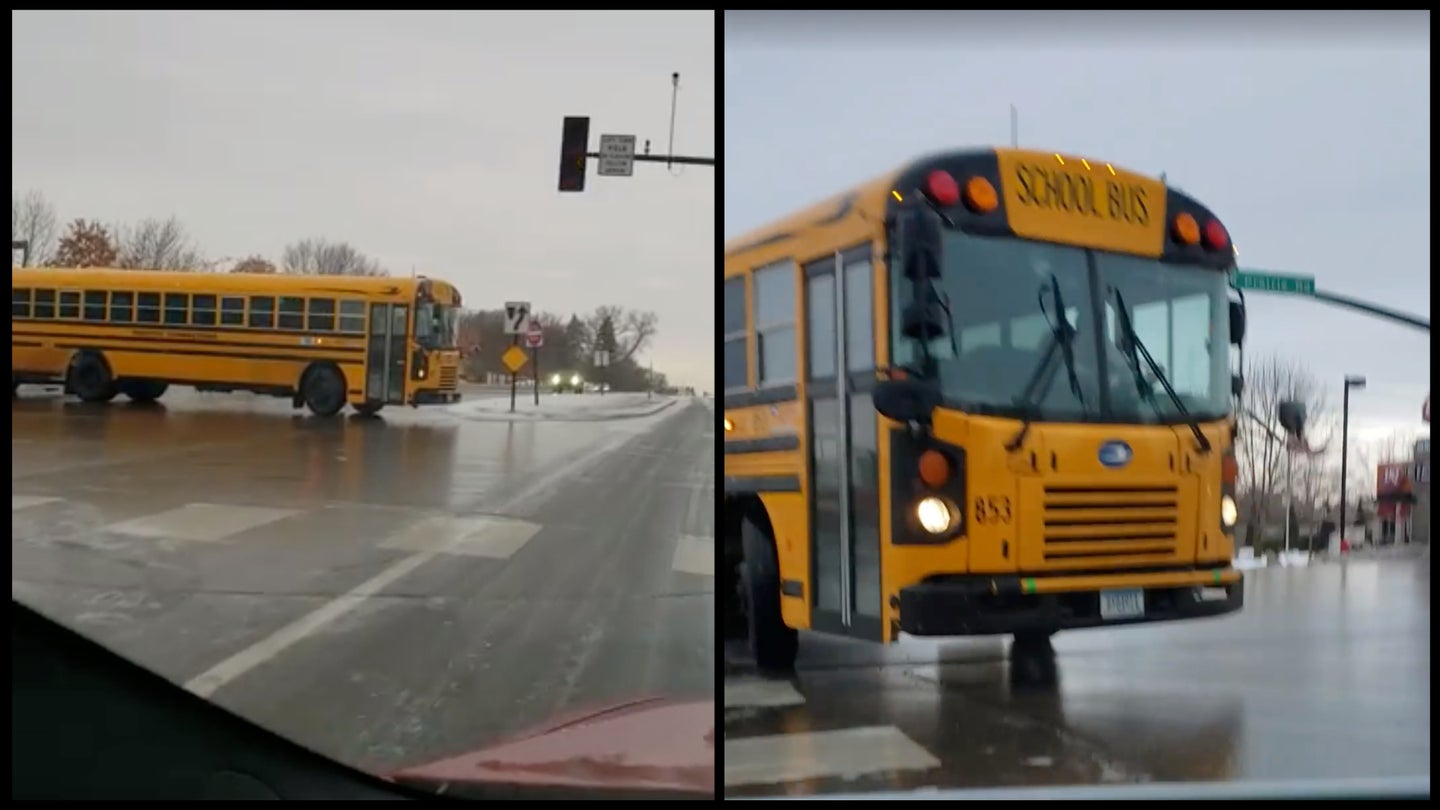 People in Minnesota are accustomed to navigating snow and ice because it's one of those magical places in the United States where it physically hurts to go outside for parts of the year. Even the heartiest Minnesotans were caught off guard earlier this week when an unusual change in the weather caused roads to quickly ice over. One motorist caught a scary example of this phenomena on camera, filming a school bus as it loses traction and slides slowly down a busy street.

Once a vehicle starts sliding like that, there’s not much anyone can do to stop it. The event unfolded in slow motion, as the bus and its jackknifed trailer glided the by the cameraman in no particular hurry whatsoever. Thankfully, the bus didn't hit anything in the video, and there have been no reports of injuries or other damage as a result of the incident.

CNN meteorologist Gene Norman says that the weather events that caused the icy road conditions are “slightly unusual." Norman added, “What’s falling out of the sky, melts in a shallow layer above the ground and refreezes when it hits the ground.”

Conditions in other parts of Minnesota aren’t much better, as there are reports of people using ice skates to get around on sidewalks and multiple instances of cars sliding around on icy roads.

This all adds up to a great argument for days off school, though we don’t know exactly where the bus was heading when it lost traction. Advances in communications technology have all but killed the weather-induced day off for many kids, but those that are being carted around in snow and ice should at least have the benefit of a more capable bus.

One energy company wants to swap 100 percent of its state’s buses for electric models by the year 2030.