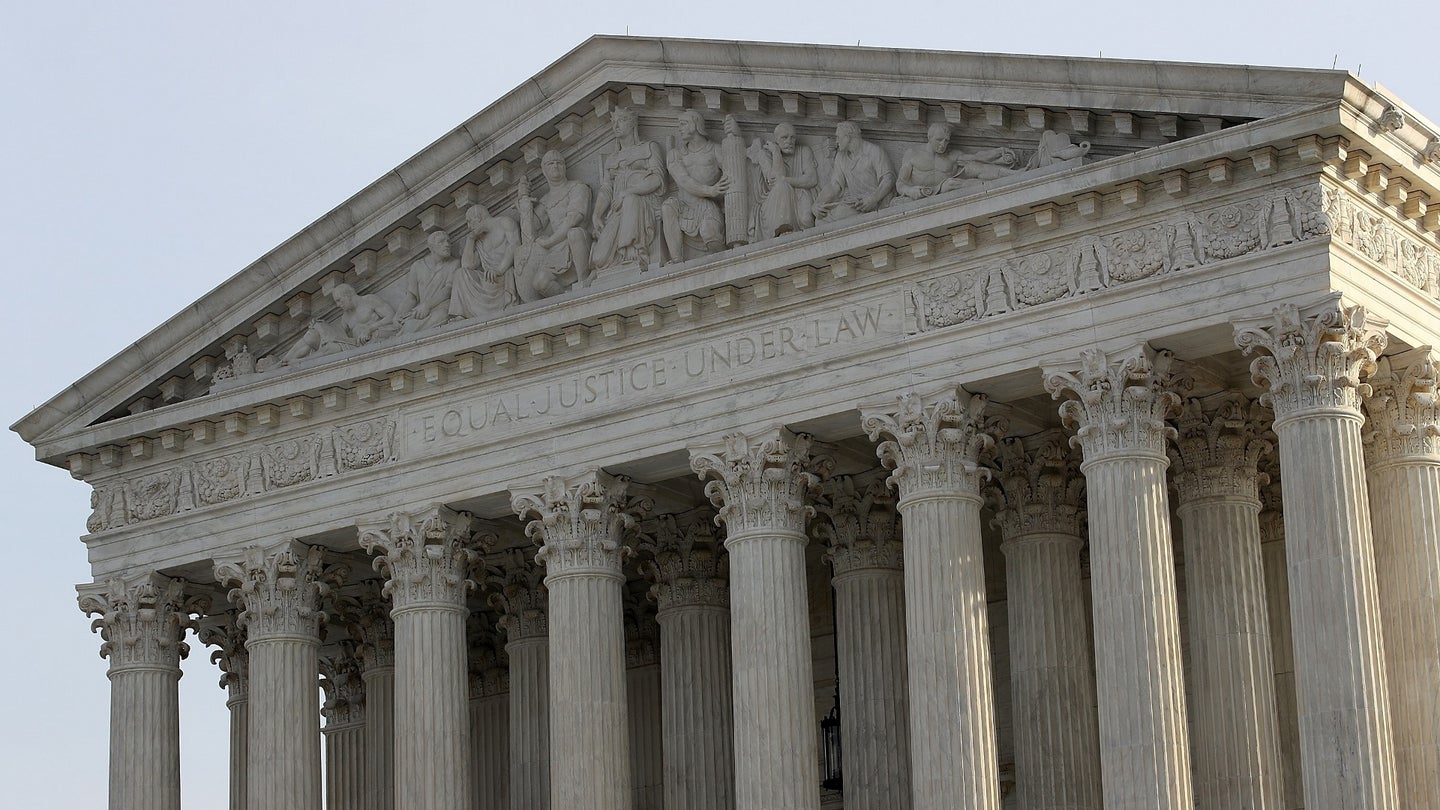 The Fourth Amendment of the U.S. Constitution reads as follows: “The right of the people to be secure in their persons, houses, papers, and effects, against unreasonable searches and seizures, shall not be violated, and no Warrants shall issue, but upon probable cause, supported by Oath or affirmation, and particularly describing the place to be searched, and the persons or things to be seized.”

In other words, “search and seizure.” Law enforcement needs a warrant in order to search and/or seize someone’s property. The question is; does lifting up the cover on a motorcycle that’s parked outside without a warrant violate the fourth amendment?

A police officer in Albemarle, Virginia did just that back in 2014 according to The Roanoke Times. Ryan Austin Collins allegedly stole the motorcycle and used it to evade police not once, but twice, and posted pictures of the bike on Facebook. We don't know what kind of bike it was other than that it was a black Suzuki. A cop saw what he thought was the stolen motorcycle parked by Collins’ house and lifted up the cover to confirm it was, in fact, the bike they were looking for. But was it a lawful search without a warrant?

It was ruled as not being an unreasonable governmental intrusion and Collins was convicted. He was sentenced to three years in jail and the ruling was upheld by the Virginia Supreme Court. However, a former law clerk for U.S. Supreme Court Justice Clarence Thomas decided this case needs to go in front of the Supreme Court which it will on January 9th.

The cop in question probably should have done his due diligence and gotten a warrant first to avoid a lot of headaches for a lot of judges, but he clearly had probable cause considering he was right about the stolen bike. Which side of the Fourth Amendment do you think this case lies?