The unfortunate feline is currently recovering at the Wildlife Center of Virginia. 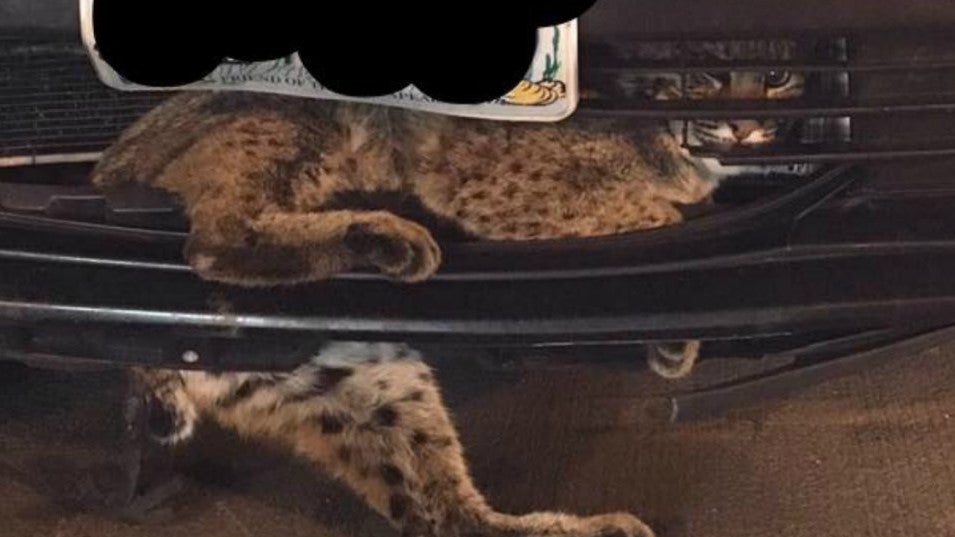 Local news outlet WTVR reports that a very unfortunate bobcat in Gloucester County, Virginia was hit by a woman driving her Toyota Prius to work on Thanksgiving day. Rather than meet its untimely demise, the poor thing got stuck in the grille of the car and traveled with it for 50 miles. Most of those miles were on the highway.

As you might imagine, the bobcat was pretty pissed off by the time animal control arrived to extract it from the Prius. The good folks at Richmond Animal Care and Control (RACC) were able to sedate the animal so it could safely be brought to the Wildlife Center of Virginia in Waynesboro for treatment.

Amazingly, the bobcat was unharmed except for a cut on its back. Things could have gone much worse for this big cat. The bobcat had a pretty bad day, but it must have been pretty thankful this Thanksgiving that it dodged a much worse scenario.

Police Shut Down Boston Tunnel to Save Stray Kitten on Highway