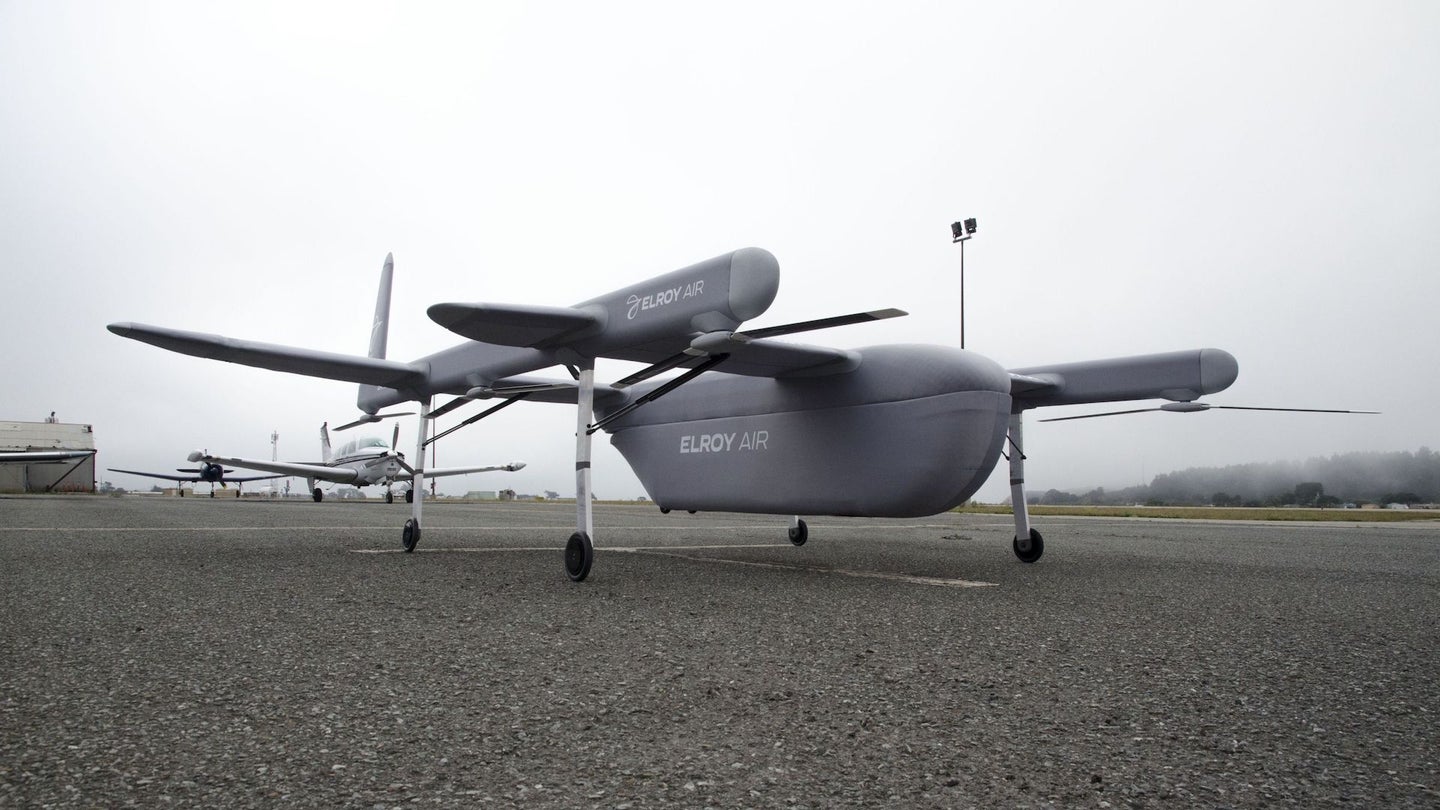 Elroy Air, a San Francisco, California-based drone start-up company announced Friday that it has raised $4.6 million in funding to produce autonomous drones capable of transporting up to 150 pounds of cargo for up to 300 miles in one go. According to Quartz, the substantial funding was largely afforded by Levitate Capital, Homebrew, Shasta Ventures, and Lemnos.

Most of the time, the advancements in drone delivery are rooted in new companies entering the game, ready to garner themselves a piece of the inevitable nationwide delivery pie. The big contenders have been U.S. companies such as Amazon and UPS, Israel-based Flytrex, and a few other respectable competitors in the aerial package delivery service. Elroy Air, however, isn’t interested in getting a tube of toothpaste or a pair of sneakers delivered to your doorstep in a short amount of time, rather, the start-up wants to transport as big a payload as possible from A to B, instead of focusing on many smaller deliveries directly to customers.

Reportedly, co-founder David Merrill found inspiration from the classic futuristic cartoon The Jetsons, “where transportation gets so efficient.” Perhaps the most futuristic aspect of the “Aluminum Falcon,” (named in honor of the beloved Star Wars spaceship), is its ability to take off and land vertically. We’ve seen vertical take-off and landing vehicles before, such as Kronstadt’s frigate drone, but Elroy’s new vehicle really seems to be reinforcing the fact that these aircraft-shaped drones will be engineered to lift and land vertically more frequently as time goes on.

Besides the Aluminum Falcon’s VTOL abilities, it can fly at a speed of 100 mph, utilizes lidar and radar in addition to an air-traffic management system and its embedded onboard cameras. The vehicle looks like your traditional propeller plane, albeit far more modern and minimal, and utilizes those propellers to take off and fly forward. According to Quartz, the engine is a hybrid, meaning it’s powered by both gas and batteries, depending on which phase of use the vehicle is in.

Ultimately, a drone like the Aluminum Falcon is attempting to fill a void that current delivery drones aren’t entirely focused on. Sure, Amazon will be able to deliver your package straight to your door, providing unmanned aerial vehicle regulations and a cohesive framework is put in place, but that process will still rely on having items shipped to warehouses via trucks, before being placed onto an aerial counterpart.

What Elroy is trying to do, here, is transform that grounded truck phase into an aerial one, as to speed up and maximize the efficiency of the overall delivery process. In the end, as long as a nationwide drone delivery matrix is agreed upon and implemented, this niche that Elroy is cornering will likely become a huge part of the modern transportation blueprint.