Turns out you don't have the right to refuse that Breathalyzer test. 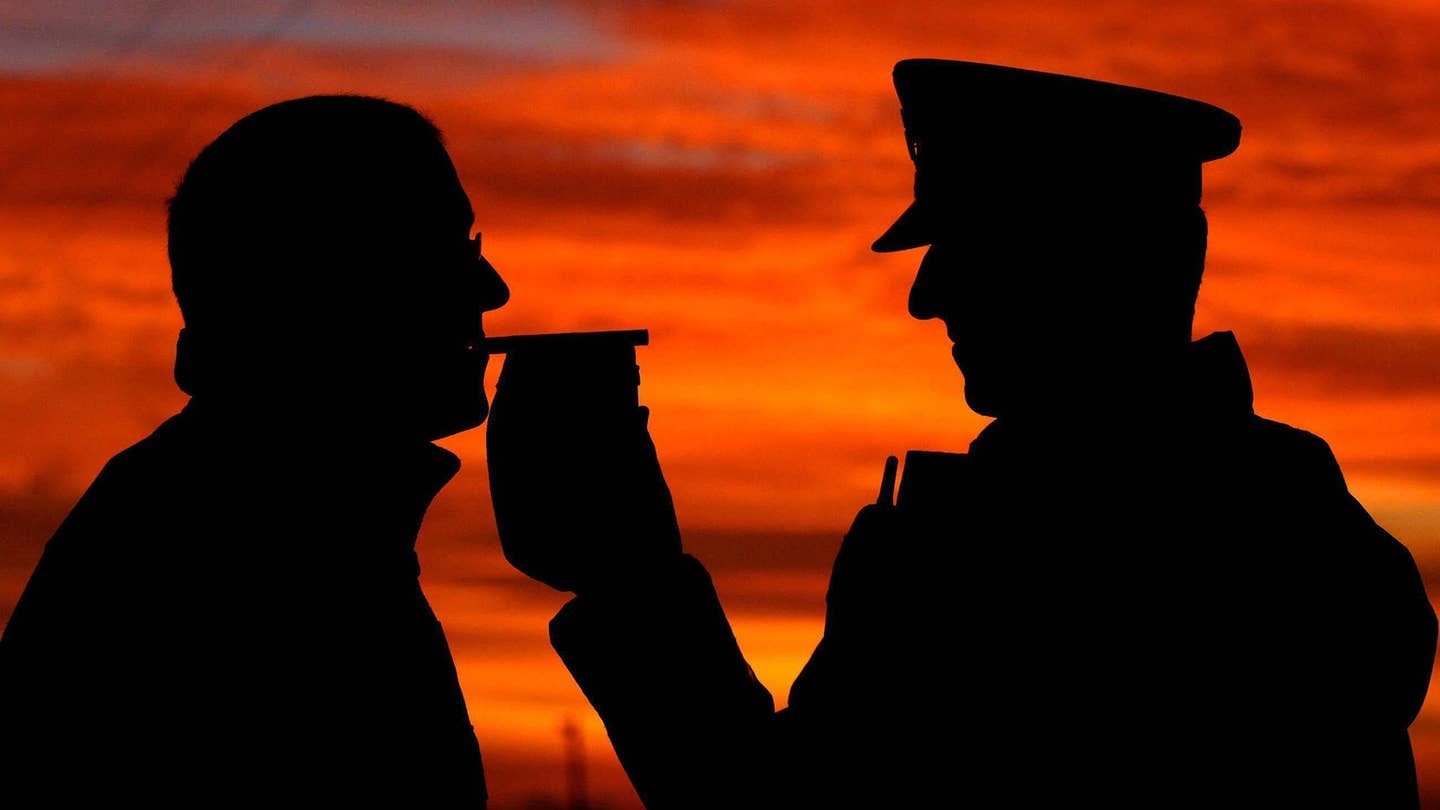 A ruling issued last week by the U.S. Supreme Court could lead to more drunk driving convictions, as the court declared that police officers do not require a warrant in order to perform a Breathalyzer test. In essence, the Supreme Court's decision in the drunk driving case Birchfield v. North Dakota makes it illegal for a driver to refuse to submit to the Breathalyzer.

In a 5-3 decision, the Supreme Court declared that officers can arrest a driver suspected of being drunk if he or she refuses to take the orally-administered test for drunk driving. However, the Court ruled in the same judgement that a warrant is required for a blood test when drunk driving is suspected, since a blood test is rather more intrusive than asking someone to breathe into a tube.

The ruling will likely lead to an increase in drunk driving convictions across America, says DUI Foundation defense attorney Derek Andrews. In the past, many defense attorneys have encouraged people to refuse Breathalyzer tests, as doing so provides less evidence to prosecutors—and blood tests are often administered much later, giving the driver's blood alcohol content time to drop. As Andrews told Business Insider, any rise in the amount of tests will likely lead to a similar bump in the number of DUI convictions.

But even after the Supreme Court's drunk driving ruling, Andrews argued, many people will still likely refuse to submit to Breathalyzer tests. "This country is simply going to have more criminals because the government has chosen to criminalize a refusal to provide (potentially) incriminating evidence to law enforcement," he said to BI in an email. "The Fourth Amendment is being attacked, and our freedoms in this country are being whittled away."

However, there is a silver lining for anyone worried about police overreach. The ruling means police officers cannot threaten the maximum penalty against DUI suspects who refuse to take a blood test voluntarily.

Justice Samuel Alito wrote the opinion for the majority, which also included Justices Elena Kagan, Stephen Breyer, Anthony Kennedy, and Chief Justice John Roberts. Justices Sonia Sotomayor, Ruth Bader Ginsberg, and Clarence Thomas all partially dissented, albeit for different reasons; Sotomayor and Ginsberg argued that warrants ought to be required in all cases, while Thomas wrote that warrants should not be required at all. Presumably while remaining silent, as is tradition.