A team ex-Apple and ex-Dropbox executives joined up to create the Owl security cam for your car. 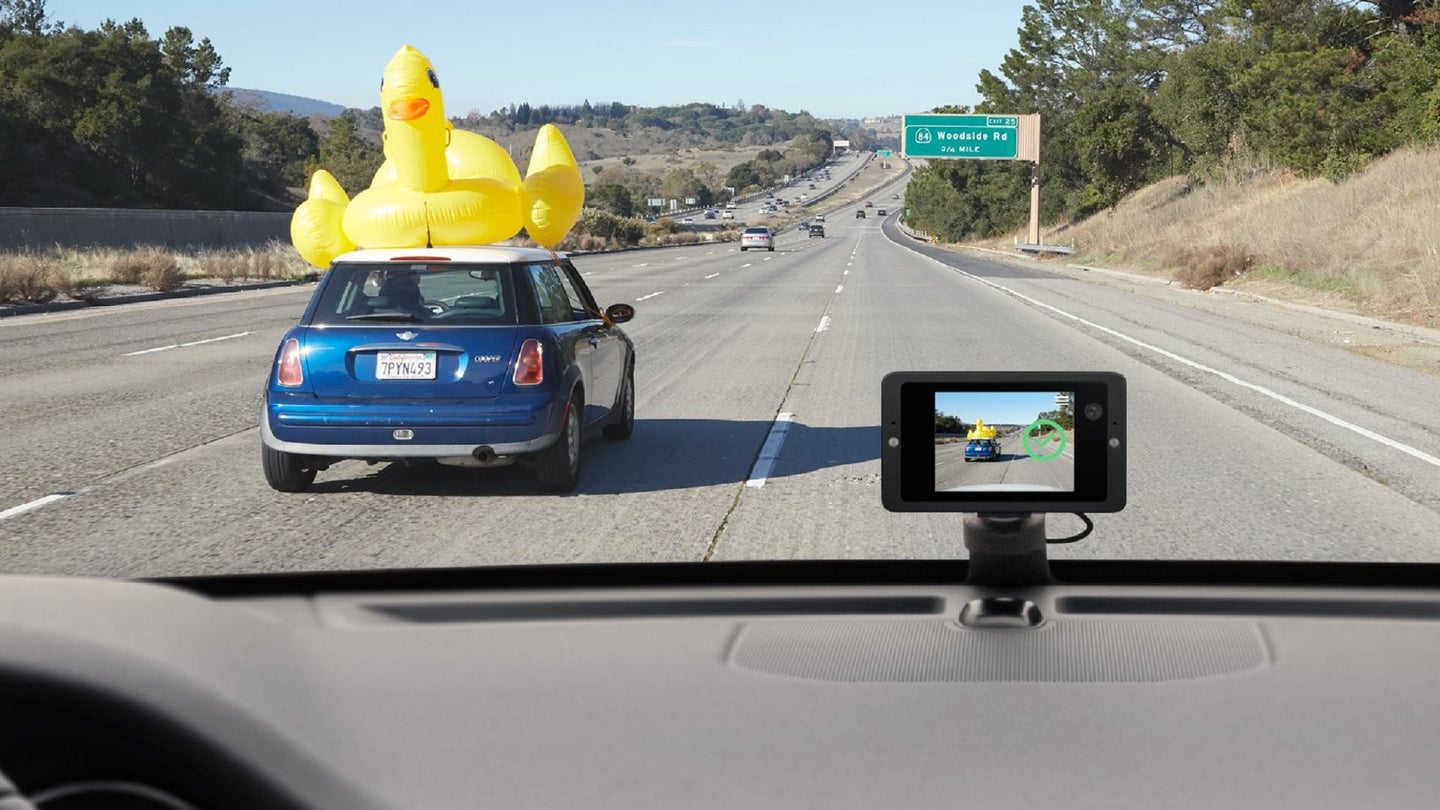 A few months ago, I had a problem in my parking garage. Some dirty S.O.B kept using my secluded parking spot as his own personal lavatory. Whoever this jerk was thought it was funny to aim for the emblem on my hood too. Every morning I’d come down to get into my car and I’d be greeted by the strong smell of ammonia and remnants on my hood.

In an effort to catch the culprit, I went shopping for an in-car camera. I needed something that would always be on and that I could monitor remotely. Nothing was available. So to combat this, erg, unusual problem, I bought an external battery pack to plug into a home security camera and left my phone in the car as a hotspot to broadcast the camera signal. Then I had to get all that stuff out in the morning, recharge the battery pack, and do it all again. It was a pain but luckily, seeing the cam in the car was enough of a deterrent to keep the perp's pants on.

Now there’s finally an all-in-one solution to my problem, which also doubles as a dash cam. Former Apple executive Andy Hodge and former Dropcam executive Nathan Ackerman have teamed up to create Owl, an always-on, LTE security cam for your car. The two-way camera plugs into your car’s onboard diagnostics port and beams the last 24-hours of footage to the cloud.

If you’re ever in an accident, Owl will automatically save a clip of the accident to your phone. It’s also great for recording traffic stops and helping to catalog your interaction with the police. While on the go, if you see something crazy and want a quick clip of it, the camera is voice activated. They call this feature “See it, say it, share it.” Users can bookmark interesting moments by saying “OK, Presto…” then quickly describing the event.

You can stream the live cam video to your phone anytime from anywhere in the world. This is exactly the sort of feature I tried to replicate with my phone, battery pack, and security cam setup. Having this all in one would have saved me a lot of headaches.

Speaking on the launch, Andy Hodge, Owl CEO and founder said, "Cars need video security—badly. No matter how you look at it, whether in terms of dollars or physical damage or emotional harm caused, the car is a place where a lot happens. We built the Owl Car Cam to help people feel safer with a device that’s super easy to install and use every day. And with the Owl Car Cam, you’ll catch all the amazing, fun life moments that happen in your car too”

The Owl Car Cam is already on sale and comes bundled with 1-year of LTE service for $349.