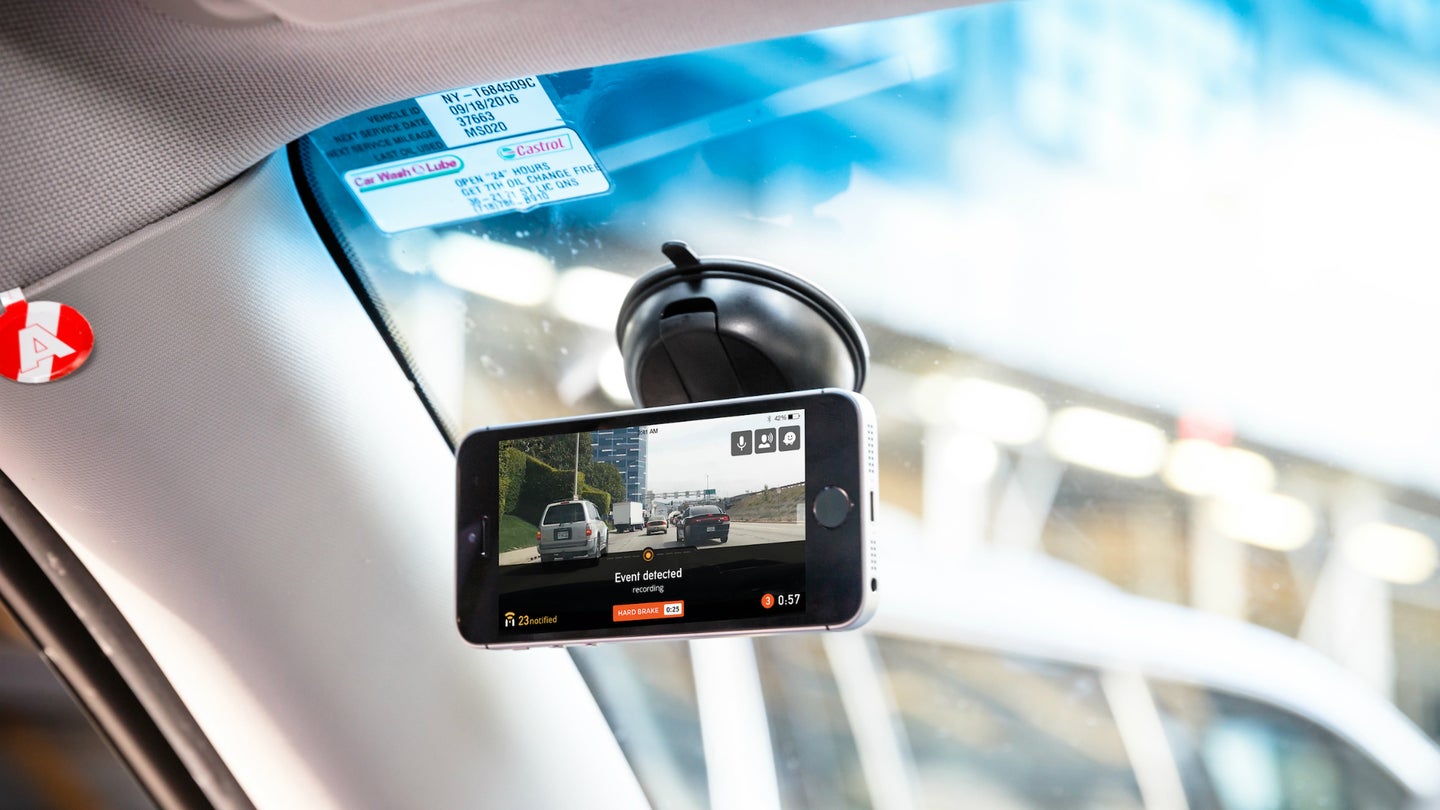 Dashcam tech company, Nexar is building a network of interlinked vehicles and just announced a $30 million round of new funding this week. Eran Shir, the CEO and co-founder of the Israeli company, told The Drive that the funds will be used to expand the firm's vehicle-to-vehicle communications network and partner with insurance carriers, ride-sharing drivers, automakers and others.

Nexar has an app that uses the accelerometer, cameras, and microphone of users' phones to detect and track what's happening on the road. It pools the data and uses artificial intelligence to try and predict and prevent collisions, warning users when it detects accidents, road obstacles or traffic conditions that might affect them.

Shir stated that more than 200,000 people have downloaded the app. "Since our launch, our users have enabled us to record and analyze over 100 million driven miles," he said. "Additionally, 10 [percent] of New York City’s ridesharing drivers – a critical demographic due to the sheer number of hours they spend on the roads every day – use Nexar on a daily basis. These miles contribute to enhancing our AI training set, which is helping us to rapidly mature our products."

The company states its users in New York City have reduced collisions by 30 percent since the app became available for download in 2016.

The new, $30 million funding round was led by Ibex Investors, with participation from Alibaba Innovation Ventures, Nationwide Insurance, and others. Nexus had raised $15 million in earlier funding, Shir said.

Nexus makes money by selling the anonymized data it collects, but Shir insists privacy is protected.

"Nexar was founded with a vision to eliminate car collisions, and that remains our primary focus," he stated. "In addition to our safety features, the data which we aggregate from drivers is anonymized and then used to fuel several data-powered products that supplement the efforts of our road safety technologies and play a part in our vision for a safer driving future. For example, we work with insurance providers to help them improve their operating models by using our technology. In the event of a collision, we can reconstruct the exact order of events, using the camera and sensors to record and analyze the relevant circumstances, such as weather, lighting conditions, and traffic flow to provide a contextual understanding of the event. Our reconstruction takes a matter of minutes, while the traditional methods take hours if not days, so with Nexar, insurance companies can not only streamline their processes but effectively eliminate the opportunity for fraudulent claims and encourage safer driving as well."

Uber isn’t the only ride-sharing company that spies on customers, apparently.

You know what else is a portable computer with troves of private data waiting to be unlocked? Your car.

Drive Wire: The Exploride Will Add Connectivity To Any Car