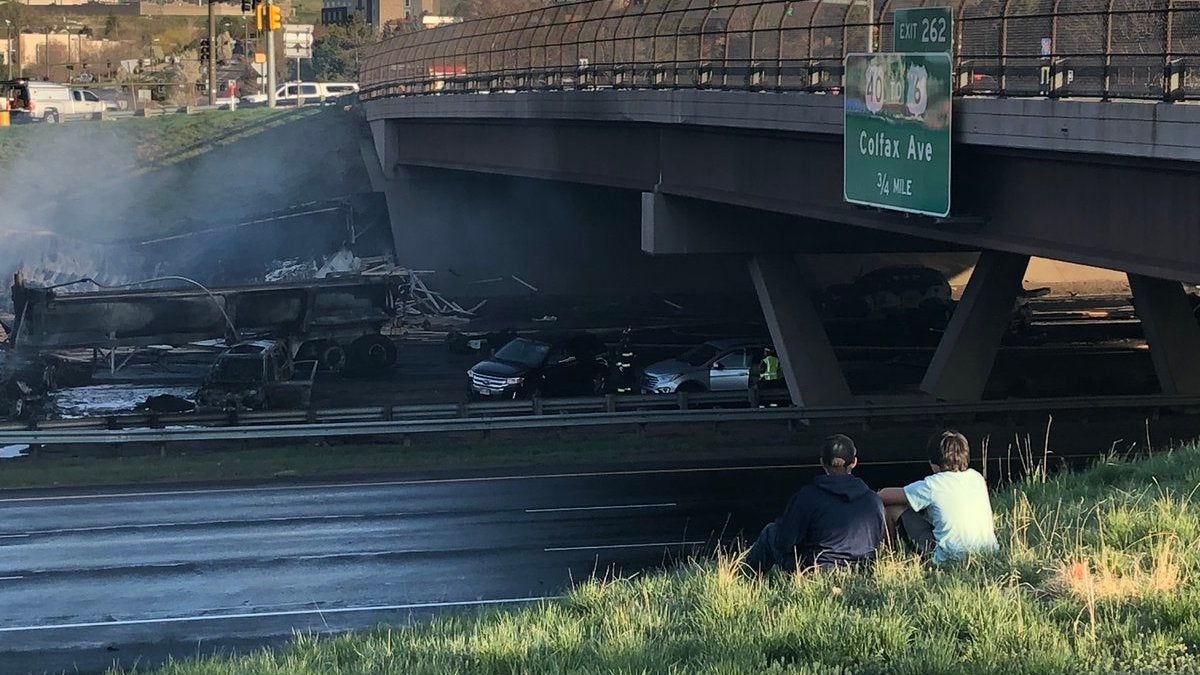 The trucking company that owns the truck involved in a colossal crash in a Colorado interstate that killed four people has been linked to a high rate of maintenance violations, including 10 citations since late 2017 for brake issues alone.

Last Thursday, 23-year-old Rogel Aguilera Mederos, a green-card-holding Cuban national and resident of Texas according to The Denver Channel, was driving on Interstate 70 through Colorado in a truck owned by Texas-based trucking company Castellano 03 Trucking. KABC reports Mederos told authorities that his brakes failed at 85 miles per hour, and that as he approached backed-up traffic in the Denver suburb of Lakewood he "closed his eyes" because he was "sure he was about to die." His truck slammed into the traffic jam, causing damage at least 28 vehicles and an immense fire. Four people were ultimately killed in the crash, and all four deaths have resulted in tentative charges of vehicular homicide for Mederos, plus a bond of $400,000.

Authorities say they have found no evidence that Mederos was intoxicated at the time of the crash, though KDVR reports police obtained a video from another trucker that depicted Mederos' runaway semi truck passing on a runaway truck ramp.

Mederos's employer Castellano 03 Trucking has a public record available from the Federal Motor Carrier Safety Administration (FMCSA). This record confirms that the small trucking company—five drivers and five trucks in size—was cited twice in late 2018 for having drivers with an inadequate understanding of the English language, both times for the same truck, though the driver(s) of this truck are not identified. Law enforcement reportedly required a translator to communicate with Mederos.

Since November 1, 2017, Castellano 03 Trucking has also been cited 10 times for poorly maintained brakes across four of its five trucks, though the truck cited for a driver (or drivers) with inadequate English accounts for only one of these violations. In total, Castellano has been cited 30 times across 19 inspections, and the truck associated with the language violations accounts for eight of these failures to comply.

Plate numbers for the truck that caused the fatal crash have not been released, so linking an inspection history to the said truck is not yet possible. The Drive contacted the Lakewood Police Department for this information, and will update when we receive comment.