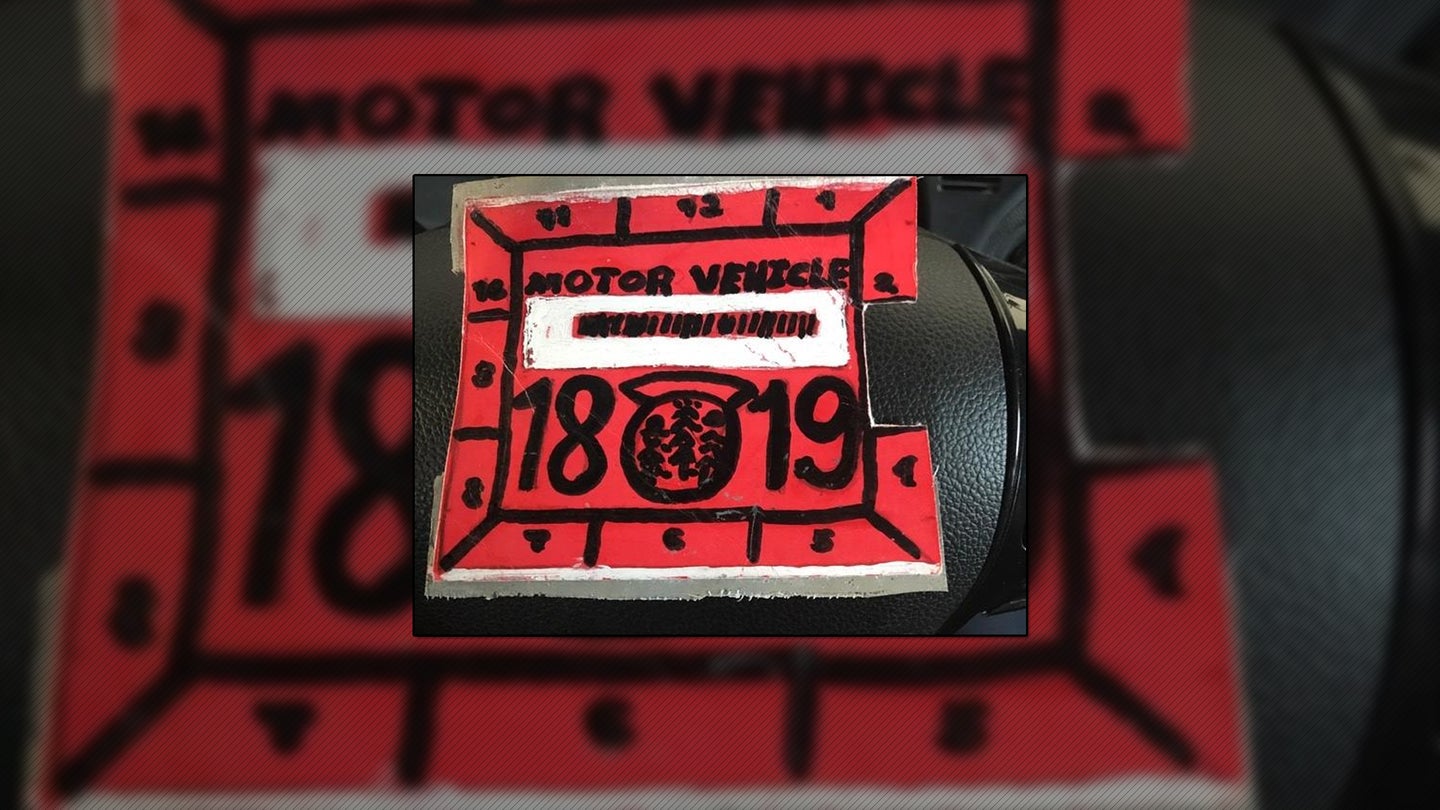 Police in Portland, Maine performed a traffic stop on a vehicle Monday night and found the owner had partaken in a particularly interesting arts and crafts project—their inspection sticker.

The driver had created a counterfeit inspection sticker using what appears to be a series of color markers, even matching the appropriate color of the sticker and making an attempt to draw the Maine state crest.

As you might be able to discern so far, this isn't that convincing of a fake. And in case you're wondering what a typical main inspection sticker looks like, we've got you covered below:

Apparently, this has been an ongoing issue for police in Maine. Individuals have been making poorly penned fakes for years, and the police have been stocking up the confiscated stickers in an unofficial "hall of fame." While some counterfeits are sophisticated, others are, well, not.

“There are counterfeit stickers all over the place,” said Maine State Police Lieutenant Bruce Scott to the Sun Journal in 2017. “(Some) do such a good job making our stickers, if they just put in a bid they could make an honest living.”

In 2016, Maine police received more than 230 complaints about inspection stickers from citizens. Typically, these complaints come from individuals who buy a used car and realize they have fake stickers or discover that the vehicle they purchased has issues which shouldn't have passed state inspection. Since 2012, Maine has issued warnings or summons to more than 1,200 dealerships over inspection-related issues.

The issue here doesn't seem to revolve around dealerships, but rather individuals who either don't wish to have their vehicle inspected, or have cars which simply won't be deemed road-worthy in their respective conditions. Perhaps they made their best attempt at a fake assuming police would mistake it for the real-deal when passing by rather than an absent or expired sticker.