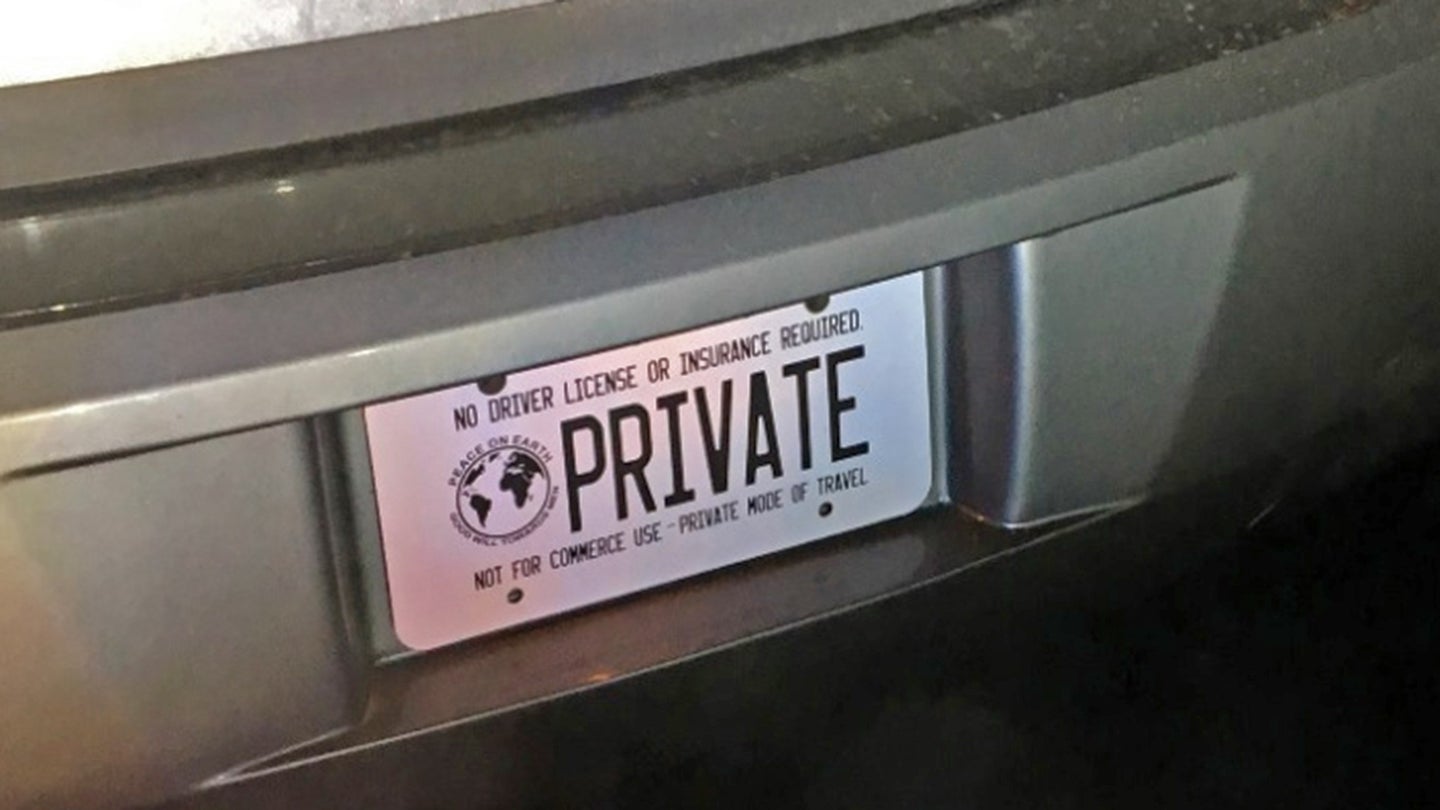 He fought the law, and...well, you know how the song goes. Last week, a Bellevue, Washington man was arrested and his car impounded after a police officer pulled him over for having fake "sovereign citizen" license plates on his car.

To be fair, the driver did more than just slap a fake plate on the back of his Chevrolet. According to the Bellevue Police Department's Beat Blog, the officer pulled over the oddly-plated car at 12:21am on March 9th, after observing the unusual white rectangle on the vehicle. The man pulled over, but then refused to provide proof of insurance, vehicle registration paperwork, or any form of identification, according to the department. He then proceeded to refuse to exit his Chevy at the officer's request after a quick investigation revealed that the vehicle's title had never been transferred. Not surprisingly, this did not go well for the self-identified sovereign citizen; the driver was subsequently arrested for obstructing an officer and criminal traffic offenses, and his car taken off to the impound.

The "sovereign citizen" movement, in case you're unfamiliar, is comprised of a group of people—mostly Americans, though some can be found in other countries—who believe that statutes from the government don't apply to them, choosing instead to only respect common law—or, rather, their own interpretations of it. Self-identified sovereign citizens often use their status to claim exemption from tax laws, though members of the group have also cited their beliefs in cases of more dramatic offenses; indeed, in 2011, the FBI classified the movement as "a growing threat to law enforcement." While the movement has been around for decades, it gained greater prominence prominence in 2014 when Nevada rancher Cliven Bundy's 20-plus-year dispute with the U.S. Bureau of Land Management over the payment of grazing fees came to a head in a weeks-long armed standoff between sovereign citizens and law enforcement officials.

The Kansas Department of Revenue mailed the possessors of the plates Tuesday, informing them the plates will be replaced free of charge.